The State of Oklahoma vs. Female Offenders: Vengeful Equality at Work? 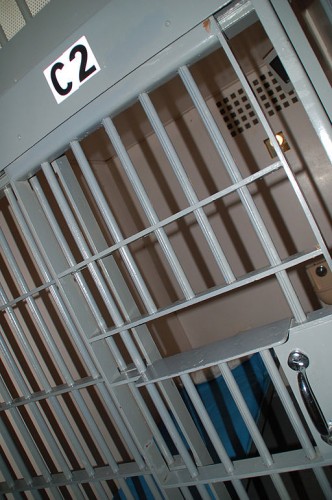 In January 2010, 24-year-old Patricia Spottedcrow was arrested for selling $31 worth of marijuana to a police informant from her home in Kingfisher County, OK. Because her children were home at the time, Spottedcrow was charged with possession of a dangerous substance in the presence of a minor in addition to being charged with distributing a controlled substance. Since she had no prior criminal record and since the amount of marijuana sold was small, Spottedcrow elected to enter into a blind plea before the judge, meaning that she pleaded guilty without a prior sentencing arrangement. To her shock, she was then sentenced to 12 years in prison and assessed approximately $2,740 in fines. Although most first time drug offenders in Oklahoma receive suspended sentences and some are ordered into treatment, Spottedcrow was treated much more severely. For the wife, mother of four, and former nursing home employee, the foreseeable future looked grim and bleak.

Despite the fact that Spottedcrow’s punishment may seem particularly harsh, the state of Oklahoma has a long history of being overly punitive, especially against women. As an example, consider that Oklahoma has the country’s largest female prison population per capita. In real numbers, this means that Oklahoma incarcerates 134 per 100,000 female residents even though the national average is 69 per 100,000 female residents.  While this could be evidence that the state simply has a large number of lawless women, the statistics seem to suggest otherwise. In 2008, for instance, the Oklahoma Department of Corrections (ODOC) reported a recidivism rate of 16.1 percent for females within three years of being released from prison. The contiguous states of Arkansas and Colorado, however, reported recidivism rates for released female prisoners of 41.6 percent and 47.5 percent, respectively. Based on this huge discrepancy, it certainly appears that Oklahoma is incarcerating more women than is warranted.

For a state that prides itself on fiscal conservatism and family values, it seems somewhat odd that Oklahoma elects to incarcerate so many women. In terms of financial expenditures, the typical inmate costs the state $12,000 to $28,000 per year. Since many female offenders in Oklahoma suffer from mental health problems and substance abuse addiction, Sharp and Pain (2010) contend that some of these funds should be allocated to mental health treatment and to substance abuse treatment. Because most incarcerated women in Oklahoma are also mothers, Sharp (2008) further argues that more resources need to be directed to drug courts, probation/parole, and reintegration programs. Beyond helping female offenders and their children, these researchers note that making such changes would result in a far more economical, successful, and humane criminal justice system.

Still, the question remains, why did Oklahoma become so punitive against female offenders? Chesney-Lind (2006) finds one possible explanation in the idea of “vengeful equality.” Essentially, vengeful equality is the idea that female offenders deserve to be treated like male offenders. Born during the beginning of the “get tough” mentality in which the criminal justice system began to favor punishment over rehabilitation, the equity model of justice encourages “bad” females to be equated with “bad” males. And since females are generally regarded as the more law-abiding gender, female offenders (i.e., “bad” females) are especially shocking to society and thus come off as deserving of more punishment than their male counterparts. From this perspective, it becomes easier to understand why combining vengeful equality with a tough on crime mindset pushes conservative states like Oklahoma to soundly punish law-breaking females. 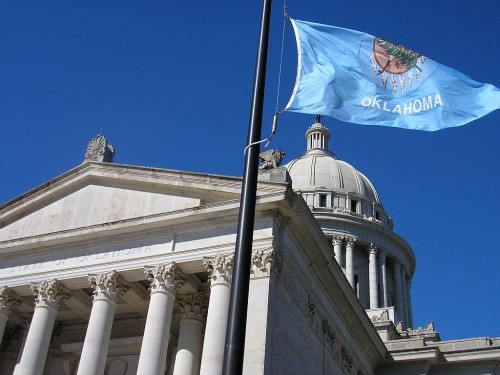 In the case of Patricia Spottedcrow, then, she did more than make the mistake of selling drugs to a police informant. She also made the mistake of doing so as a woman in a state that enjoys giving offender females their perceived comeuppance. Considering this reality in addition to the fact that Spottedcrow is poor and is a member of a minority group, it is evident why $31 of marijuana led to her 12 year sentence. Recently, building outrage over her punishment has led to efforts to get her out of prison. In October 2011, Spottedcrow had her sentenced reduced by 4 years; in April 2012, the Oklahoma Pardon and Parole Board unanimously voted to recommend her parole. While granting Spottedcrow parole would certainly be a positive step for the state, Oklahoma is in the process of doing more to improve its criminal justice system. The recently passed Justice Reinvestment strategy is designed, for instance, to reduce the prison growth rate, to improve public safety, and to offer better outcomes for inmates. Though it will take years for the strategy to begin paying dividends, it is at least a start at preventing more cases like Spottedcrow’s from occurring in the future. Nevertheless, it remains to be seen if and when Oklahoma will be able to overcome its seemingly misogynistic ways.

Sharp, Susan and Emily Pain. 2010. No Sympathy…. Study of Incarcerated Women and Their Children, Oklahoma Commission on Children and Youth, Oklahoma City, OK.

Sharp, Susan. 2008. The Real Costs of Incarcerating Mothers in 2008. Study of Incarcerated Women and Their Children, Oklahoma Commission on Children and Youth, Oklahoma City, OK.