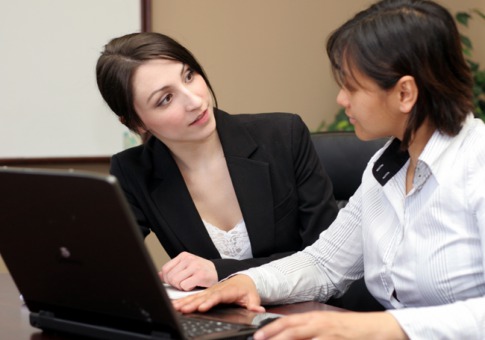 In a recent article in the Proceedings of the National Academy of Sciences in the United States, a group of scholars reported on the continued gender discrimination in the hard sciences. The researchers asked 127 male and female professors in biology, chemistry, and physics to rate male and female job candidates for a position in their labs. The portfolios of the candidates were exactly the same, but half used the name, “Jennifer,” and the other half, “John.” The professors rated the male candidates as more competent and hireable; they also decided on higher starting salaries for the men.

The findings from this study are disturbing, but not so surprising. Decades of research documents higher salaries and more job opportunities for men in most careers and professions. What surprised me most about this study was that, in addition to rating male candidates as more competent and hireable, the professors reported that they would be less willing to mentor the female candidates. Since mentoring often goes hand in hand with job opportunities, achievements, and salaries, perhaps I should not be so shocked. Still, this finding from the study sits uneasily with me.

As a graduate student, I know the importance of a good mentor (fortunately, I have benefited from great mentoring at every step of my graduate and undergraduate career). In her Sociology Compass article, Feminist Mentoring and Female Graduate Student Success: Challenging Gender Inequality in Higher Education, Priya Dua explains the many benefits of good mentoring, especially for women: female students with mentors are more likely to be involved in professional activities and are more productive than those without mentors; the status of female student mentees increases with the encouragement of faculty mentors; female students learn how to balance the expectations of academia and other aspects of life (including family responsibilities) when they have a supportive role model. These are all great reasons why the mentor/mentee relationship between faculty member and student is so important.

When taking all of these benefits into account, it becomes clear that mentoring young women (and I will add racial and ethnic minority students) is a potential avenue for undermining discrimination and bias in professional and academic careers. Yet, this recent study suggests that faculty members recreate and further institutionalize the disadvantages faced by women (and minority students) by choosing to not to mentor them. How can we create a more equal playing field if all students are not given the same opportunities, both formal and informal?

An obvious answer to this problem is for more faculty mentors to take on students who are not white men. But it is unlikely that individuals will change the history of discrimination on their own. Instead, departments should institute policies that promote more equality in mentoring. My own department assigns a faculty member and a more advanced graduate student to each of the incoming graduate students. This strategy ensures that all students have the support that they need and that no one person is responsible for all of the mentoring in the department.

Hopefully, many departments (especially the hard sciences mentioned in the recent study) will respond positively to these findings and question their own practices of mentoring. Do any other departments (hard sciences, sociology, or otherwise) have policies regarding mentoring? Do any of these policies promote more equal practices?