"Women are bitches", and other obvious tales from the Sociological front line 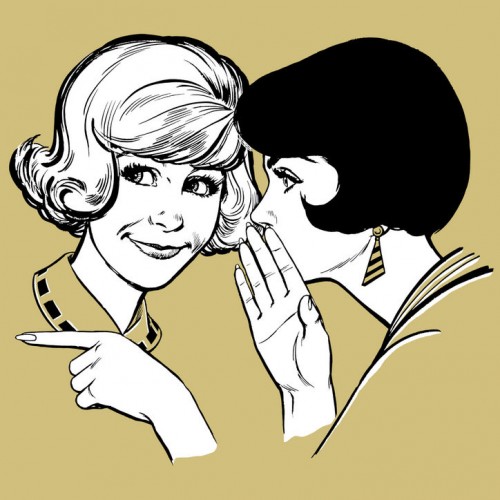 Words excite me. I can’t help it, words are all I have really: they are my bread and butter and what keeps the wolves from the door, and what gets me up in the morning. And a lot of the time that means that I have a propensity to use long words when short words would definitely do. (See, I did it there with propensity. ‘Tendency’ would have worked, ‘habit’ would have done, too. It’s a sickness really.)

Every so often being a Sociologist, academic and chronic over-thinker pays off, and this is one of those cases: those days when you read an academic paper and come across a theory or idea or unnecessarily long word that makes you realise something you had no idea that you knew all along. It’s the Holy Grail for PhD students really, because it gives you a way of structuring all of the over-thinking and over-analysis you do on a daily basis into a nice easy to understand concept. So please forgive me for getting excited about words, but this week I have a new favourite ‘long-word-way-of-saying-something’. The phrase is ‘Negative Intra-gender relations’ and it is basically an academic way of saying ‘bitching’.

The term was coined by Sharon Mavin, whose academic work investigates senior women’s experience of being (among other things) female, professional, senior leaders and in organisations – characteristics that often don’t sit well with each other. Mavin’s research found through interviewing women in these positions, that whilst those in feminist business and management research might be highly critical against patriarchal, masculine organisations and sexist practices, often the greatest barrier to women’s progression isn’t a sexist male manager, it is but the comments and behaviour of other women. Particularly in areas where women still occupy relatively few positions of power, it becomes commonplace to undermine each other’s authority by engaging in negative intra-gender relations (feel free to replace this with ‘bitching’). In the workplace this is often done through comments regarding women’s dress (usually through criticism that she is dressed inappropriately or unattractively), demeanour or behaviour. She is over-dressed or under-dressed, or she only got the job by sleeping her way to the top (something men are NEVER accused of, while I’m labouring the point), she is too old or too young, she is dowdy or drab or ‘Doesn’t make enough of herself’.

What really got to me about the findings of this study was how blatantly obvious it all seems. Anyone who has either observed or been a teenage girl will know that they are unbearable to each other. These snide comments that act to undermine your ‘fellow woman’ make a mockery of the second wave feminist notions of sisterhood. This is often seen as part of growing up when you’re a teenager, but when it is occurring between very senior women in organisations it is creating and reproducing a culture whereby it is seen as acceptable for women to be treated like this. And as my mum always told me – if you treat each other like that then you make it okay for men to treat you like it, too.

“So what?” I hear you cry. And yes, Sociology does have a terrible habit of stating the obvious and thinking it’s clever. But in this case revealing that these practices occur in workplaces and not just in playgrounds, reveals much more about how organisations and society are gendered. Apart from the enduring effects of this bitching (there, I called a spade a spade, aren’t you proud of me) the comments women are making about each other are all about gendered expectations of how a woman should be, and criticism for when she does not display acceptably feminine behaviours. Women bitch about women who do not behave how they are ‘supposed to’.

I see this in my own research too. I look at how men and women get non-executive director roles on corporate boards, a highly competitive and biased process. When women refuse to help other women it causes outrage and bitterness (seemingly because because women are expected to help each other). When women are successful it makes even the most sensible women become like teenagers in a playground again. I hear them call each other ‘token skirts’ and question their ability, or say they must have gained their roles through nepotism or bias. This would not be such a problem if it wasn’t for the fact that they are not saying the same about the men. In a system that has been well noted to be incredibly biased towards knowing the right people and the old boys networks, the women have stopped being angry about the bias and instead direct their anger towards other women.

It’s 2014, and this has to stop. So I offer this promise to my fellow sisters: If I promise to promote an active reduction in my tendency to over-utilise elongated lexicon in discussion and the written form, can we please stop bitching?

For more about using short words instead of long, I highly recommend this: http://splasho.com/upgoer5/