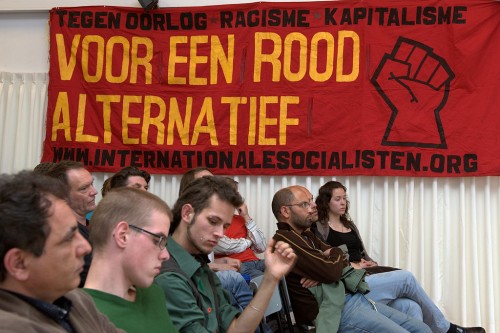 The economist Karl Marx believed for society to change, there was a need for an uprising, and an overthrowing of the ruling class; the bourgeoisie. To Marx, no person would truly be free unless this rebellion would occur. Marx is known for his theories about the economy, workers, and social life. One concept, of his, that appeals to my attention is the division of society into two classes. However, what Marx failed to realize, was by this division, he, essentially, enabled a space to create gendered spaces; or, what I will label a sexual differentiation of space.

During his time, Marx’s interest was in Communism. Although, he never saw his revolution, Marx left impressions of his works, and concrete concepts for elaboration. A concept I would like to explore is Marx’s division of society into two classes. According to Marx the division of society into two classes is, “Our epoch, the epoch of bourgeoisie, possesses, however, this distinctive feature: it has simplified the class antagonisms. Society as a whole is more and more splitting up into two great hostile camps, into two great classes directly facing each other: Bourgeoisie and Proletariat” (Marx and Engels, 2008: 9). Here, Marx sets the stage. The emergence of the bourgeoisie created another class, the proletariats, due to class antagonisms, and the rise of capitalism. To further his argument, Marx stated, “The modern bourgeoisie society that has sprouted from the ruins of feudal society has not done away with class antagonisms. It has but established new classes, new conditions of oppression, new forms of struggle in place of the old ones” (Marx and Engels, 2008: 9). Thus, Marx is arguing modern society did not eliminate class struggles, but broadened them, and produced new struggles for the proletariats creating the division of society into two classes.

The division of society into two classes is best abridged by this quote: “Hitherto, every form of society has been based, as we have already seen, on the antagonism of oppressing and oppressed classes. But in order to oppress a class, certain conditions must be assured to it under which it can, at least, continue its slavish existence” (Marx and Engels, 2008: 22). Accordingly, the division of society into two classes is about the subordination of one group of people (the proletariats), to benefit another group (the bourgeoisie), and continue the growth of one’s social status. Yet, over time, many theorists, such as feminist theorists, have appropriated, and amended this concept to provide a comprehensive interpretation.

In Sylvia Federici’s text Caliban and The Witch, Federici builds upon Marx’s division of society into two classes. Federici adds a new element to his concept: the sexual differentiation of space. According to Federici:

Women’s loss of social power was also expressed through a new sexual differentiation of space. In the Mediterranean countries women were expelled not only from many waged jobs but also from the streets, where an unaccompanied woman risked being subjected to ridicule or sexual assault (David 1998). In England, too, (“a women’s paradise” in the eyes of some Italian visitors), the presence of women in public began to be frowned upon. English women were discouraged from sitting in front of their homes or staying near windows; they were also instructed not to spend time with their female friends (in this period the term “gossip” – female friend – began to acquire a disparaging connotation). It was even recommended that women should not visit their parents too often after marriage. (Federici, 2004: 100)

Federici starts her analysis of how society is divided between men and women, rather than, how Marx views the divide as between the bourgeoisie and proletariats. To further her argument Federici states:

Two trends within this debate can be identified. On the one hand, new cultural canons were constructed maximizing the differences between women and men and creating more feminine and more masculine prototypes (Fortunati 1984). On the other hand, it was established that women were inherently inferior to men – excessively emotional and lusty, unable to govern themselves – and had to be placed under male control. (Federici, 2004: 100-101)

Unlike Marx, whom was solely interested in the division between the bourgeoisie and proletariats, Federici builds on his previous thought, and exposes the differences between the spaces delegated to women (the home), and men (the factories).

Marx believed the differences between the classes were essential to the revolution, and was the only platform to battle. Gender was ancillary to the division of society into two classes, and what needed to be forged was a united proletariat class. Federici considers the differences between women and men, and states there needs to be recognition of these differences before a true revolution could occur. The proletariats could unite under class struggles, yet, if they ignore the disparities between women and men, the proletariats will not be able to seize the state. The power struggle between women and men is what prevented the revolution and fostered capitalism: “As this brief history of women and primitive accumulation has shown, the construction of a new patriarchal order, making of women the servants of the male work-force, was a major aspect of capitalist development” (Federici, 2004: 115). Federici believes the subjugation of women promoted men’s position in society with adhering to a bourgeois model of gender relations, relegating women helpless, and viewed as inferior.

As Federici illustrated, Marx was unenlightened of a group, specifically women, in the revolution, and the sexual differentiation of space. Federici clarifies the sexual differentiation of space, and illuminates women’s history in relation to capitalism, and the transition from a feudal society to a capitalistic society. One can view how as society progresses there is a need to reconsider certain concepts, and flesh out blind spots to further its analysis.

From Marx to Federici, we have seen how the division of society into two classes evolved into the sexual differentiation of space, and why it was relevant to do so. Marx’s main argument was for the class antagonisms: he believed all people should join forces under the proletariats, and only as a unified class of proletariats could they bring about the change into Communism. Although, Marx may be right about a unified class to bring about social change, Federici elaborates how Marx was oblivious to the fact of gender differences within the proletariats. Federici enlightens us with the clandestine history of women, and how the sexual differentiation of space goes beyond Marx’s analysis: helping many theorists with the revelation that in order to bring about social change, one needs to grasp the differences within a specific class of people before any revolution can occur.