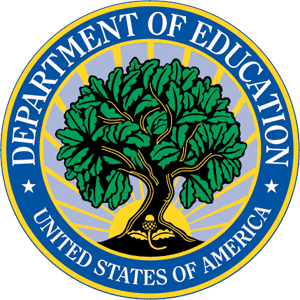 When most people hear talk of Title IX, a 1972 law that states “No person in the United States shall, on the basis of sex, be excluded from participation in, be denied the benefits of, or be subjected to discrimination under any education program or activity receiving federal financial assistance…”, it is most commonly in the context of high school and collegiate athletics.  People opposed to Title IX often claim that it is responsible for diminished funding for men’s sports in exchange for increased funding for sports that women don’t even want (Boyd 2003; Gavora 2002; Shook 1995).  Proponents of Title IX point to the success of the United States’ female athletes in the 2012 Olympics (58 medals including 29 gold medals) as evidence that Title IX is having a positive impact on women’s lives (Grappendorf 2013; Pauline 2012).  However, while the original text of Title IX makes no specific mention of athletics, it seems that its impact on athletic programs is the only attention the law gets.  What is rarely discussed in considerations of Title IX is the law’s profound impact on our educational experiences beyond athletics.

Before Title IX was passed as a law in 1972, it existed in part as legal precedent in the form of President Lyndon B. Johnson’s Executive Order 11375.  The executive order, which forbade federally funded programs from discriminating on the basis of sex in hiring decisions, was used to challenge faculty hiring discrimination at hundreds of colleges and universities across the country (Suggs 2006).  But that was only the beginning.

Today Title IX is being used to respond to and prevent discrimination against women and girls in a wide range of academic arenas.  As an example, we are finally beginning to see Title IX applied to women’s participation in science, technology, engineering, and mathematics programs (Pieronek 2004; Rolison 2003; Sevo 2009).  We may even begin to see anti-gay harassment and discrimination being categorized as sex discrimination and therefore addressable under Title IX (Eckes and McCarthy 2008; Weiner 2005).

But, perhaps one of the most profound shifts in contemporary applications of Title IX has been in the realm of sexual violence and harassment in elementary and high schools (Sherer 1992) as well as on college campuses (Steinberg 1991).  On college campuses in the U.S. sexual assault and harassment are far too common.  Recent reports indicate that about 20% of women and 6% of men experience completed or attempted sexual assault while in college (Krebs, Lindquist, Warner, Fisher, and Martin 2007).  Case law has gradually expanded the applicability of Title IX to include student-to-student discrimination rather than simply institutional discrimination.  Federally funded schools can now be found to be in violation of Title IX if they do not take immediate and effective action to prevent and respond to sexual assault and harassment because failing to do so is a failure to ensure equal access to education.

In April of 2011, the U.S. Department of Education’s Office for Civil Rights released what is fondly referred to simply as “The Dear Colleague Letter” by university administrators.  The nearly 20-page letter outlines federal guidelines for schools’ Title IX compliance in regard to sexual assault and harassment.  It effectively raised the bar for college and university sexual violence prevention and response to a new standard that few campuses fully met.  You may not have noticed, but, as a result, colleges and universities all across the country have been reviewing, updating, and sometimes overhauling, their sexual violence protocols behind the scenes for the last two years and some have even faced Title IX investigations.

So, when we think of Title IX we should think of far more than sports.  Title IX regulations played an important role in reshaping hiring practices at colleges and universities that deeply impact women’s roles in science, technology, engineering and math disciplines. Title IX is also forcing colleges and universities to create safer learning environments for all students in the midst of a sexual violence epidemic on college and university campuses.  What I want to know is why do we only hear about the sports?