Mothering on the Margins: legislating first environments and the demand for maternal accountability 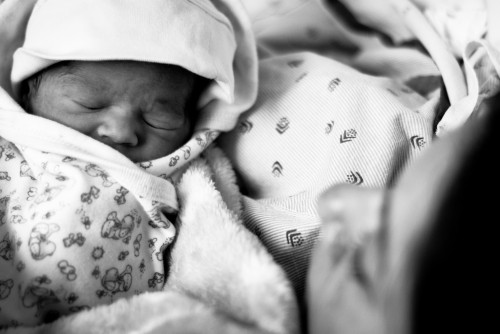 “You put me in charge of Medicaid…”, the vice president of Arizona’s Republican Party and former state senator, Russell Pearce quipped on his weekly radio broadcast The Russell Pearce Show “the first thing I’d do is get Norplant, birth-control implants or tubal ligations”.  Medicaid is a program designed to provide health-related services for people who cannot afford healthcare in the private sector.  As Amanda Kennedy of Sociology Lens points out vividly here, “being valued as a parent is a white privilege…” and I would add, class privilege.

If society or the Republican Party values a certain kind of mother, that of upper-middle class white heterosexual married women – this standard is becoming more and more out of reach.  The October issue of Gender & Society, sponsored by Sociologists for Women and Society (SWS), contain some really interesting motherhood articles.  One, by Norah Mackendrick called “More Work for Mother: Chemical Body Burdens as a Maternal Responsibility”, highlights the demand placed on mothers to protect their children (usually unborn – some not yet conceived!) from chemical toxins that leach into the body through daily interactions with food, carpets, travel, furniture, and mattresses.  For medicaid mothers, environmental accountability is far out of reach.

Along with the Children’s Health Insurance Program (CHIP), Medicaid provides health coverage to 43 million children, 11 million non-elderly adults (including military veterans), 8.8 million non-elderly individuals with disabilities, 4.6 million low-income seniors, and it covers 40% of all births in the United States.  Of the 62 million Medicaid recipients as of February of this year, Pearce was only concerned with one, particular recipient: “Norplant, birth-control implants, or tubal ligations…”  Pearce neither references male forms of birth control such as vasectomies nor does he recommend drug testing senior citizens.  His venom is aimed specifically at poor mothers.  Mothers who aren’t always able to mediate environmental exposure that MacKendrick calls, “ubiquitous” – found everywhere.

A slurry of parenting magazines and pediatricians offer concrete advice for reducing your unborn child’s chemical body burden.  Among the advice are rigorous and time consuming suggestions such as making sure you vacuum at least twice a week with a HEPA filter, have your home professionally tested for carcinogens, do not use pesticides, do microwave or freeze plastics, do not eat canned food, filter your tap water, do not use Teflon coated pans, do not eat microwave foods, eat organic foods, take an iodine supplement (wards off negative effects of fire retardants), buy sustainable furniture, and of course wash your hands!

Another way the discourse of eligible and ineligible motherhood status affects primarily poor mothers is through targeted legislation. This summer, republican governed Tennessee made its first official arrest under a new law that allows the state to criminally charge mothers for potentially causing harm to their babies by using drugs.  The legislation says that a woman may be prosecuted IF her child is born addicted to or harmed by a narcotic drug.  A positive drug test is now reason to find a mother unfit – even if the drug identified is prescribed by her medical practitioner or she is seeking help for a previous addiction.

Dr. Hendree Jones, a professor with the Department of Obstetrics and Gynecology at the University of North Carolina School of Medicine calls this dangerous baby science saying, “Babies cannot – by definition of addiction – be addicted.”  Thus whether or not Tennessee will confiscate your baby depends on your baby showing signs of Neonatal Abstinence Syndrome (NAS).  Symptoms of NAS  include babies who have trouble sleeping, are irritable, sneeze a lot, or have diarrhea.  The best treatment – NAS  is a treatable condition – for these babies is skin to skin contact with their mother, breastfeeding, and dark quiet rest – none of that is available for babies whose mothers are sitting in a jail cell.  Let me be clear, of course I want all babies to have the best possible start, I take issue with isolating criminality based on environmental influences.

The Republican Party is facing an existential crisis when it comes to motherhood.  On the one hand they are pushing record numbers of anti-choice laws in state legislatures around the country limiting women’s access to birth control on every front including legal personhood amendments that would make hormonal birth control and IUD’s synonymous with murder or by allowing even non-religious employers to make access to birth control more difficult by cutting it out of their healthcare plans.

On the other hand, Republican dominated states such as Arizona, Indiana Missouri and Florida add drug testing as obstacle for welfare benefits making the women who apply for these benefits automatically suspects of a crime.  Their crime? Being poor and wanting to have children.  As we have seen happen in New York’s stop and frisk policies, programs that make geography, income and appearances reasons to question proximity to criminality unjustly burden people in lower income brackets and people of color. For women who exist on the margins of motherhood by virtue of their income, marital status, or citizenship status, this high level examination of their ability to mother is derived from blood work and drug tests.

Mackendrick  calls the practice of controlling and scrutinizing all forms of environmental influences on women’s bodies, “precautionary consumption”.  Precautionary consumption is the practice of avoiding chemicals in foods and commodities by being a sophisticated, knowledgeable shopper.  That is, individual mothers expect to be able to both scrutinize every aspect of what they consume while also strictly limiting what their children do to minimize the risk of chemical exposure.  As intensive mothering, the kind practiced by those mothers with resources, partners, time, and formal education, becomes more mainstream so do the contradictions and dilemmas faced by law makers.

For more on precautionary consumption and the cost of intensive mothering see:

Media Framing of Body Burdens: Precautionary Consumption and the Individualization of Risk in Sociological Inquiry, 2010

The Conflict: How Modern Motherhood Undermines the Status of Women by Elisabeth Badinter, 2012