Last week I went to a workshop in London about nudging, titled “Silver Bullets Need A Careful Aim. Dilemmas in applying behavioural insights”. It was very interesting, and my gratitude goes out to the organisers who put together a really interesting day focused on the ethics and effectiveness of ‘Nudge’, which, seven years after Thaler and Sunstein’s book of the same name was published, still seems to be capturing the imagination of academics, marketers and policy-makers.

(If you have no idea what ‘Nudge’ means, check my previous post here)

The most enjoyable session was given by Rory Sutherland, a guru of advertising, nudge and behavioural economics who was charismatic and entertaining. It made a lot of sense that he works in marketing, possessing such charm that he could probably sell water to a drowning man. But that’s not to belittle him, as he really knows his stuff. He argued that marketing, despite its unsavoury reputation, can teach us all a few things about human behaviour. The traditional ‘rational-actor’ model of economics simply doesn’t describe the real world. We are, as Dan Ariely puts it, predictably irrational, and the skill of marketing is in trying to predict that irrationality and pre-empt it. For example, the success of the energy drink Red Bull is in the fact that it doesn’t taste ‘nice’ in a conventional way. It would be relatively easy for the manufacturers to make it taste ‘nicer’, but the irrational reality is that people like the fact that it tastes a bit odd and medicinal – it makes them feel that the drink is giving them some kind of chemical boost. It obviously works. Red Bull is currently the third most valuable soft drinks brand in the world.

There are loads of examples of this kind of thing. If you’ve ever seen Adam Curtis’s masterpiece ‘the Century of the Self’ then you will have seen the story of the US food company General Mills, who, back in the 1950s, were struggling to sell their new ‘Betty Crocker’ cake mix. Susan Marks describes how the company called upon the market research of Dr. Burleigh Gardner and Dr. Ernet Dichter, both business psychologists:

‘The problem, according to psychologists, was eggs. Dichter, in particular, believed that powdered eggs, often used in cake mixes, should be left out, so women could add a few fresh eggs into the batter, giving them a sense of creative contribution.’

According to traditional economics, we want to maximise our ‘utility’, and minimise time and money spent in any particular purchase or transaction, so customers should, in theory, want to buy a product like the powdered-egg cake mix, which saves them time and effort. But when it came to making cakes, women in 1950s America wanted to feel like they were doing something as cooks/housewives/mothers/homemakers, and the small action of adding an egg ‘empowered’ them in these roles. This was a psychological insight, not a classical economics one. The company duly removed powdered egg from the ingredients and “Just add an egg” became the slogan for what became a hugely successful product.

Where economics and psychology meet, we find behavioural economics, now a recognised discipline in itself. It is a fascinating area of human irrationality, and the fact that it is focussed on the mysterious workings of the human mind gives it something of a glamorous allure. And it’s not just about bestselling quasi-academic books or cool TED talks, it’s gaining traction in policy circles too. In the UK we have our world-leading Behavioural Insights Team, the so-called ‘Nudge Unit’, the US now has its ‘Nudge Squad’ in government too, and governments in Australia, Singapore, Denmark and France are taking an interest too. There are success stories already. Nudges have been used to encourage people to start pensions, donate more to charity, improve road safety, improve public health, and promote recycling.

It all sounds pretty great, but many people, including myself, are concerned that this points to new forms of governance that are merely trying to ape the private sector’s long-standing psychological tricks. Rather than more ambitious government action to correct market failures, governments seem happy just to pick up the pieces afterwards. Just before he came to power in 2010 David Cameron gave a TED talk, enthusiastically endorsing nudges and behavioural economics. He argued that “the best way to get someone to cut their electricity bill is to show them their own spending, to show them what their neighbours are spending, and then show what an energy conscious neighbour is spending”. The idea is a valid one: behavioural economics tells us that peer pressure or ‘social norms’ can indeed motivate us to change our behaviour. But one might argue that the best way to get people to reduce energy use is by raising energy prices through a carbon tax and investing in cleaner energy. Controversial, but probably more effective (and necessary) in the longer term.

We see a similar picture in other policy areas: plenty of nudges to alleviate the effects social problems, but little state intervention into the root causes of those problems. There are government ‘nudges’ to encourage people to insulate their homes, but what about a policy for greater energy efficiency in newly built homes? The state might try and nudge us to recycle, but what about stronger regulations on packaging and the reduction of waste at the supply-side? The government might try and nudge us to eat more healthily, but why not reduce government subsidies for corn, which is used for corn syrup in the fizzy drinks which make kids fat? It’s good that the government is nudging people to save more into their pension pots, but wouldn’t it be easier for folks to save if something were done about average wages which have remained stagnant since the 1970s? 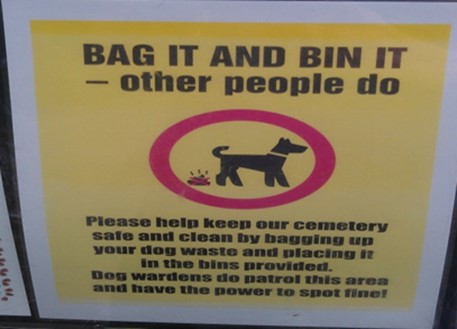 Perhaps we are seeing is the rise of what the technology-write Evgeny Morozov has called ‘solutionism’ – the application of technological solutions such as feedback loops, smartphone apps, and nudges to social problems. Here we see an interesting dichotomy. Governments are increasingly prone to being liberal with regard to the causes of social problems – e.g. pollution, obesity, tax evasion, a decline in saving, a rise in consumer credit, poor quality housing, etc. – because dealing with such issues would require a level of state intervention which does not sit comfortably with the predominant neoliberal political consensus. The corollary of this is that government seeks to deal with the effects of social problems in a more paternalistic manner, via, among other things, the use of nudge-style interventions including those discussed earlier: pension auto-enrolment; the mandatory labelling of unhealthy food; nudges to encourage recycling; to encourage home insulation, to reduce domestic energy use etc.

Nudging and behavioural economics are incredibly interesting, trendy, sexy even, and they can work. But they should not distract us, or our democratically elected governments, from seeking to do more. The challenges we face cannot be solved by clever tricks borrowed from psychology and marketing, however beguiling they may be. As Will Leggett said in a recent article, “The state remains the only institution that has the resources and legitimacy to direct – or push back against – other powerful corporate behaviour change seekers… the state itself should be more than just another nudger.”