I Spoke Up: Politics and Social Media in Tory Britain 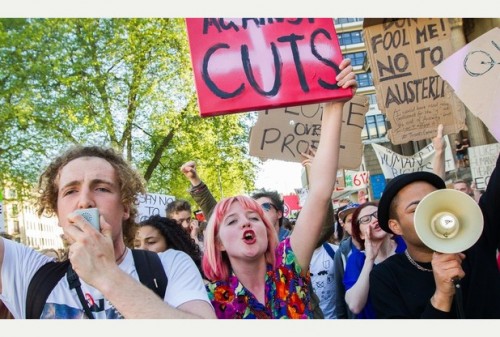 The issue of politics and social media is a contentious one. I have had discussions with lifelong friends where they have made it very clear that, in their view, social media should be just that, social. For them there is no place for politics in online platforms such as Facebook but I have to disagree. Over the years that I have had a Facebook account I have accrued over 600 ‘friends.’ I know that just a handful of them are real friends (in the traditional sense of the word) but they are people that I have met through my various studies, jobs, homes and travels. Who hasn’t seen and liked endless selfies, travel photos, pictures of children, puppies, weddings etc, as well as pages for club nights, bands, even businesses? I know I have, and I also know I am guilty of sharing almost all of the above.

My question, then, is this – why is it acceptable to use Facebook (other social media platforms are available) to celebrate, discuss or bemoan every aspect of our lives other than politics? What could be more social than the society we live in? Why are we so disconnected from politics that to care about society is seen as uncool, a buzz kill or boring, even for adults approaching 40? Since the night of the UK general election emotions have been running high; articles have been posted and statuses updated declaring that the ‘left,’ are whingers and sore losers. That we (yes, I am left and proud) should just shut up and ‘get over it.’ I have been tempted, in the heat of the moment, to respond with equally disrespectful and antagonistic retorts but I have refrained. The question has been asked ‘is it worth losing relationships over politics?’ The answer, of course, is deeply personal, but one thing is for sure –  it is an extremely divisive issue that some relationships may not be strong enough to survive. I read with awe the following Facebook status from a young and inspirational friend (IRL and cyber) and wished that I had the gumption to do the same:

“For anyone moaning about political posts on Facebook, I’d like to direct you to the unfollow/unfriend button… You may be happy to live in your own little bubble but conservative policies affect the poorest and most vulnerable in our society and it’s sad that some people think that its not worth caring about!”

Social media has evolved. It is no longer a place where we can just poke each other and send virtual fruit baskets; it is a living, breathing entity through which we can assert meaningful change through the sharing of information, and by organizing and uniting. By the same token our FPTP (First Past the Post) electoral system needs to adapt and change. In the days when we had a two party system, FPTP might have been the appropriate democratic process, but as we have seen with the success of The Green Party, The SNP and UKIP in the 2015 election, that is no longer the case.

My poor, long suffering husband has supported me through the first six stages of grief (shock, denial, anger, bargaining, depression, testing) and here we are at the seventh and final stage: acceptance. But I have found that no, I simply can’t do it. I, and many, many others have found ourselves post-election realising that we absolutely will not shut up, stop whinging and accept the result. We have reached out to one another, in person and through social media, and have realised that there is so much more to be done. We are galvanized and we are ready to fight for what we believe in – social justice and equality. To those who wish to silence the left – whether that be out of frustration with the result, self preservation, or lack of knowledge – I say this: ‘I’m sorry but you are wrong.’ Yes, your vote is equally as important as anyone else’s, but that doesn’t mean that everyone else just has to sit down and shut up. That’s not a democracy, that’s a dictatorship. My sharing of political information may be about as welcome to you as an invitation to play Candy Crush, but if historically we did not debate, oppose and protest against political systems we would never have made progress. Women would not be allowed to vote, homosexuality would still be illegal and workers would have no rights. 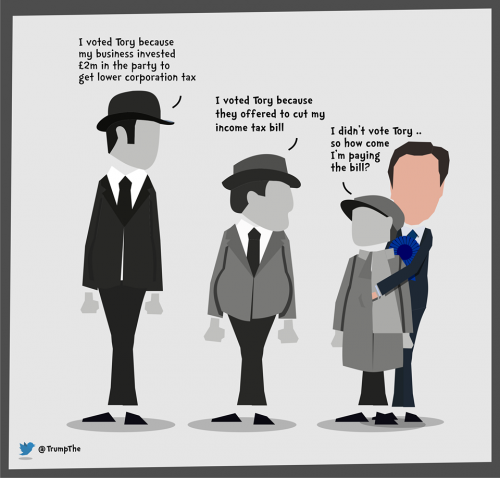 It is easy to mock ‘armchair activists’ but the evidence suggests that this kind of activism is highly effective in tackling social injustice, as discussed in a recent New Statesman article where it was acquiesced that ‘the real effectiveness of 38 degrees derives not from crafty leadership but from the aggregate energy of ordinary citizens.’ Nonetheless, many ‘lefties’ such as myself have used this time post election to self reflect and to realise that we are no longer willing to restrict ourselves to armchair activism, and that the real work is just beginning. In the words of the cultural anthropologist Margaret Mead:

‘Never doubt that a small group of thoughtful, committed citizens can change the world. Indeed it is the only thing that ever has.’

Through the emotional roller coaster of the last two weeks, despite the initial anger, disbelief and frustration about the election result, I have also been amazed by the group of female sixth form students who organised the Anti-Austerity Protest in Bristol, inspired by my friends and family who have stepped forward to say that they will be doing more in their communities, and excited by the youngest MP to be elected in almost 350 years, Mhairi Black from the SNP, who is already emerging as a passionate advocate for the voiceless and dispossessed. It is the politics of hope that will carry us forward through the next five years, not the politics of fear.

In the first two weeks after the election we have seen the democratically elected Tory government make their priorities very clear – a repeal of the Fox hunting ban, a return of the odious Snooper’s Charter, the proposed abolition of The Human Rights Act. And now the ominous announcement of an emergency second budget where, no doubt, we will see further cuts to benefits that will increasingly affect ‘normal’ working people and not just those that it is easy to demonise with the help of the poverty porn that we see spattered across our media. The Institute for Fiscal Studies has stated that this round of cuts could involve the Conservatives looking at Child Tax credit, Child Benefit and Disabilities Benefits. There is no doubt that these cuts will have a profound effect on the working poor – those on minimum wage or zero hours contracts – not to mention the terminally ill, disabled and the army of undervalued full-time carers across the UK.

The Tory Government has declared a war against the poor, the sick, and the vulnerable. Battle lines have been drawn. Which side are you on?