The Database Economy and Anonymous Friends 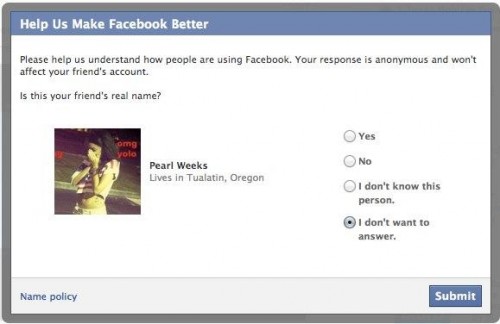 In his 2011 article New Media, Web 2.0 and Surveillance Christian Fuchs argues that our life on the Internet, specifically as embodied in the practices and ideology of Web 2.0, is being expropriated as a “form of personal mass dataveillance.”[1] For Fuchs, social networking sites, such as Facebook, are prime sites to explore this shift. The ‘dataveillance’ of these digital social spaces present us with a complex matrix of motivations, communication logics, and economic interests – represented in individual users and ‘social’ platforms themselves. Driven by notions of ‘friends’, Fuchs sees Facebook as a Foucaultian “panoptic sorting machine.”[2] Of particular interest to him is the notion of economic surveillance; in other words, the ways in which everyday practices of our web lives are being captured as information capital. But what sort or notion of autonomy sits at the heart of this critique? The lingering question is: Are we condemned to social lives of digital exploitation?

Implicit in Fuchs’ argument is a well-versed problem. On one side are the Web 2.0 evangelists. These span the political economy spectrum. The commercial political economy of the Web 2.0 offers advances in understanding efficiency in markets, the targeted consumer as an advance in the delivery of wants and needs, and the ‘hive mind’ as the post-industrial telos of the invisible hand. Then there are the non-commercial social sciences/humanities orientated approaches to Web 2.0. Here we see the rise of the so-called Digital Humanities. The ‘big data’ of Web 2.0 provides the empirical content for social movements in the digital social. Both the commercial and non-commercial forms of these data become ‘intelligent’, mapping actions, and movements.

On the other – and this is where Fuchs’ augment kicks in – there is a critique of Web 2.0 grounded in a critical political economy approach. Fuchs details a range of economic barriers to this world of Web 2.0. For example, the unequal digital skills of users’ material barriers, such as access to hardware (personal computers and communication devices). He also emphasizes the expropriation of what has become ‘social labor’ through the unpaid value creation by users. For example, returning to Facebook under the guise that the social networking site is ‘free.’ In terms of both cost and accessibility, however, Facebook is not free, per se; and the site adeptly uses social labor to expropriate great value in the economy – Facebook’s IPO is a perfect example (in spite of its post ‘public’ devaluation). In fact, this is a parable for not just Web 2.0, but life in the Internet as general.

But there is a reoccurring problem for this kind of thinking. While the economic character of the Fuchs critique holds, it simultaneously poses a problem for thinking about individual and social autonomy from the system of capitalist exploitation. This is a problem felt keenly by those who support Fuchs’ kind of argument. So, one might ask, how is it possible to engage in this space and not be exploited? One recently building method is to become ‘anonymous’. Many users are now choosing to provide fake names when registering with Facebook. Carl Franzen of Talking Points Memo noted last week (09/20/2012) that nearly 8.7% of users have accounts with fake names.[3] Furthermore, Facebook knows that this kind of practice is occurring. In the same article, Franzen discussed Facebook’s methods for ‘smoking out’ the fake name accounts. He noted that some users received random ‘surveys’ with prompts to confirm or deny whether or not their friends were using pseudonyms. According to Franzen, “Facebook declined to specify the size of the survey,” and Facebook’s spokesperson noted that the company wasn’t “using the data” for “any specific action.” It should also be mentioned that other social networking sites such as Google+ have distanced themselves from restrictions on pseudonyms.

So, what does all mean? To be clear, this example is used not to falsify Fuchs’ argument. Rather, it is to sharpen the critique of ‘what is to be done,’ for those who agree with Fuchs. This oppositional behavior – to become ‘anonymous’ – in fact does nothing to withdraw them from the information economy of Facebook. Thus social actions remain the same, as does the informational collection of these actions. As Fuchs stated, studies are needed to “show how web 2.0 surveillance works, what its risks are, and what actions can be taken at the political level.”[4] Even being anonymous cannot hide you from these systems.