NFL “Ref Crisis 2012”: The Entertainment of Sports Over Fair Wages? 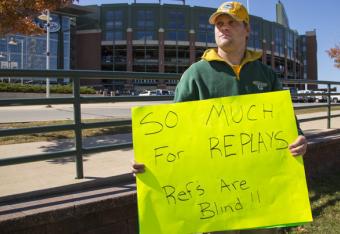 Bad calls leads NFL league and NFLRA to reach an agreement: On Thursday September 27, 2012 the National Football League (NFL) and fans welcomed official referees back to the field with cheers and chants.  If for some reason you didn’t hear that NFL referees were on strike,  you arer either not a football fan, or missed sports fans complaining about “bad calls” this past week. I for one am not a die-hard football fan, but it has been impossible to escape the controversy around NFL referee strike and how it’s impacting the league. Thursday morning media channels announced that the strike was finally over; as one reporter wrote: “It’s time to welcome Ed Hochuli (NFL referee) and the rest of the NFL officials back into your life! More importantly, it’s time to say farewell to the replacement refs.”

For the last week, sport commentators and fans were more preoccupied with concerns over replacement refs than on the labor dispute that caused the NFL referees to go on strike in the first place. Their comments intensified after a Monday night game, when the Green Bay Packers lost due to a controversial last minute touchdown by the Seattle Seahawks. After the ball was caught (in what seemed to be a tricky catch) one referee signaled touchdown, while the other motioned an opposite interpretation. Sports fans went crazy and prompted media reports that focused almost exclusively on the “bad calls” by replacement referees. NFL fans and players alike soon took to social networking to express their frustration with the refs. 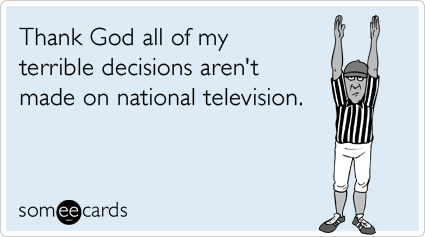 In all of the attention this matter received, there has been little said about the labor dispute itself, and scarce information has been offered on why they strike even started. Therefore I would like for us to consider the following question: How has the common social perception of the NFL strike as a labor issues shifted seemingly avoided conversations from referees’ demands and needs as workers and focused solely on their qualifications as judges of football games? The NFL current state is a perfect scenario for sociologists to tune in and talk about the importance of labor rights, labor unions, and organized strikes.
At the risk of perpetuating some of the mainstream messages about the NFL, I would like to take this time to reflect on the real issue at hand: Most people focused on the qualifications of referees because we care more about our entertainment and the outcomes of football games than we do about the social conditions of the individuals involved (This, perhaps, explains why the NFL referees enjoyed popular support – particularly in the aftermath of Green Bay debacle, while striking school teachers in Chicago were largely demonized). I understand this is a big claim, so please feel free to respond by leaving your comments and remarks.

What was the labor dispute really about?: The NFL referee strike began this past June after the NFL and the National Referees Association (NFLRA) were unable to settle unresolved labor disputes. On August 29, 2012, teams’ management and ownership received the news about replacement referees in a memorandum issued by Ray Anderson, Executive Vice President of Football Operations for the NFL (Note: The memo is available to the public).  The memo opened with the procedures that the NFL would take with regards to stand-in referees and goes on to report that the status of negotiations between the league and the NFLRA was “deadlocked.” According to Anderson, the league and referees disagreed on wages and retirement arrangements for officials that continued “to insist on larger overall pay increases, as well as greater amounts devoted for non-game compensation, than we consider reasonable in light of economic developments of recent years and compensation trends for other league and team employees.”

Understanding the NFL labor dispute from the perspective of labor inequalities and the sociology of sport: Sociologists and other academics have long been concerned with issues of labor and workers’ unions. The coverage of the NFL scenario by mainstream sports media largely failed to acknowledge that organized labor disputes have occurred with some regularity in professional sports. For example, in recent years the NFL, NBA, and NHL have experienced lockouts or strikes – the NHL is actually in the middle of a labor dispute at present that may jeopardize the upcoming season. In 2011, the NFL had an 18-week lockout over disagreements about the league’s salary cap, player’s safety, and health benefits. Moreover, organized labor and unions have not been always welcomed in mainstream society, and those who break picket lines are referred to by the derogatory  “scab” label.In fact, you may recall that strikebreaking players during the 1987 NFL strike were called scabs, and former Major League Baseball player Kevin Millar has publically stated  that he received hostile treatment because of his decision to play during the 1994-95 baseball strike (For more on the Millar’s story, see this Boston Globe report from 2004).Historically, neither labor unions themselves nor breaking the picket line are celebrated, and they are rarely broadcast for the entire nation to view.

Another important theme left out of the media discourse was the division of labor and inequalities in organized sport. For instance, referees had to go on strike to reach an agreement that would give them a $24,000 raise (yes a substantial raise, but small compared to players wages). The highest paid NFL player, Peyton Manning from the Denver Broncos, reportedly earns $31,000,000 (18,000,000 salary and 13,000,000 endorsements) per year, making him the seventh highest paid athlete in the United States. When we compare the wages of athletes and referees, we can begin to note a clear division of labor and better understand who society deems as important when it comes to organized sport.

In all, I can’t help but to think of historical labor disputes that were not as celebrated or talked about as the NFL strike. Also, I come away with the idea that the public wants the expertise of qualified referees because as a society we prefer entertainment more than actually dealing with the reality of the working conditions of those who produce that entertainment for us. When it comes to organized sports, do we value entertainment over fair wages? 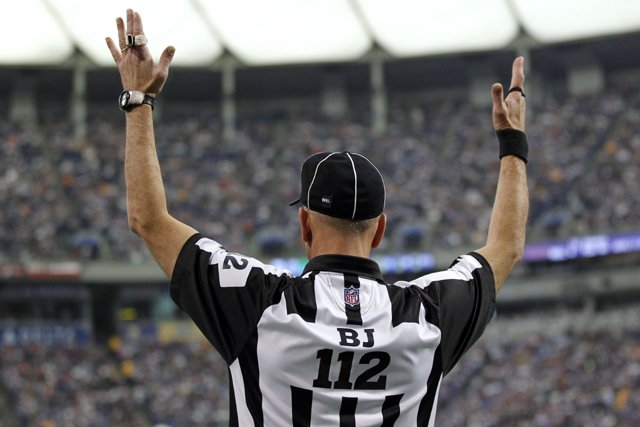 Horne, John and Wolfram Manzenreiter. 2006. “An introduction to the sociology of sports mega-events.” Sociological Review.