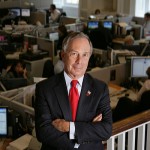 New York City is a city characterized by its diversity and multiculturalism. Some of the U.S.’s largest populations of racial and ethnic minorities live within the city limits. And yet, in many ways, NYC continues to drop the ball when it comes to truly integrating its diverse population. A recent example illustrates this problem.

The NAACP recently filed a federal civil rights complaint, stating that the city’s elite public schools, like Stuyvesant and Bronx Science, have accepted far too few black and Latino/a students (at Stuyvesant, for example, only about 1% of students are black, and just about 2.5% are Latino/a) and that the entrance test required for acceptance is not a reliable measure of success. Students might have gotten straight As every year, have recommendations from teachers, or demonstrated excellence in extracurricular activities, but none of this is considered; only the test score matters. The NAACP would prefer that multiple measures be used to determine entrance to these schools. And what was Mayor Bloomberg’s response to the complaint of this highly respected civil rights group? “Life isn’t always fair.”

According to our Mayor, it is not the city’s responsibility or concern if some students have access to expensive tutoring and enrichment activities that will inevitably improve their entrance exam scores. For Mayor Bloomberg, the concern is whether the test is objective or not, not whether students from various racial/ethnic backgrounds are able to succeed on it. And by his account, the test is objective—“You pass the test, you get the highest score, you get into the school, no matter what your ethnicity, no matter what your economic background is. That’s been the tradition in these schools since they were founded and it’s going to continue to be” (NY Daily News). Mayor Bloomberg fails to see how your race, ethnicity, and economic background might work against you getting the highest score.Mayor Bloomberg’s “life isn’t fair” response is not only insensitive, but also sociologically uninformed. There are many reasons to question whether a single entrance exam can accurately demonstrate a student’s ability. Especially when that student is a racial minority, who very likely comes from a low-income background and may have attended a poorly funded school. Though Mayor Bloomberg claims to care about equality of opportunity (as opposed to equality of outcomes), his recent stance represents a fundamental lack of understanding about racial discrimination and poverty, and about how these might undermine the seemingly “equal opportunity” exam.

I hope that the NAACP and its co-council pursue this case to the fullest. I hope that the criteria for admission to these schools expands to include better measures of success, measures that might be more sensitive to the issues facing underprivileged students. But this case is just a small step, and won’t change the many things I’ve listed above. Problems of segregation and racial discrimination are so complex, owing to their long history and deep entrenchment in our society. The real question is how to secure justice for the growing population of poor and minority students across the country.