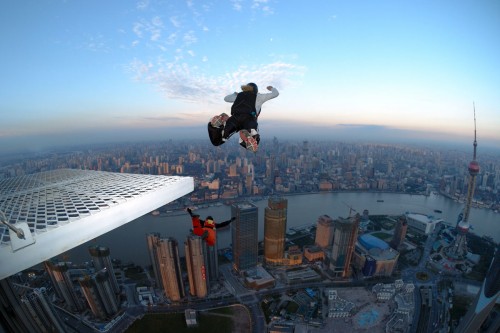 As prior posts may express, my attention has been gripped by the motivations and experiences of those engaged in deviant activity. More specifically, it is not major crimes under consideration but rather the marginal acts of expression and resistance – tagging, unsanctioned extreme sports, controversial fashions, and the like. While trying to empathetically understand the ‘deviant’ perspective, it seems this perspective is often dismissed as delinquent and nothing more, void of any further value. As scholars have often noted, this sentiment can be found along a rising fear of crime, profound sense of insecurity, and a perpetual need to safeguard against any act symbolizing little more than a threat to public order (see Garland, 2001; Hudson, 2003; Simon, 2007). This post then asks whether the practices and policies aimed at enhancing and maintaining civility are, in turn, provoking unrest, rebellion, resistance, and upheaval.

Civility, according to Freud (1961), was the result of individual efforts to protects themselves from the outside world and collective relationships. In his classic text, Civilization and its Discontents, Freud also argued that while civilization is a safeguard against a Hobbesian ‘war of all against all’, it also breeds displeasure as individuals repress their pleasure principle. Coupled with today’s fetish for security and order, this perspective may highlight the increased efforts to domesticate would be deviants. However, Horkheimer (1980) once argued that criminality would always exist so long as control was the order of the day; that barbarism is the flip-side, an element, to the refinement coin (Mestrovic, 1993: 57)

Such acts of rebellion and deviance, for Fromm, are “rooted in the unbearableness of individual powerlessness and isolation” (1941: 177). He continues that:

‘Destructiveness is the outcome of unlived life. Those individuals and social conditions that make for suppression of life produce the passion for destruction that forms, so to speak, the reservoir from which the particular hostile tendencies – either against others or against self – are nourished (1941: 182).’

This position no doubt calls forth the work of Mestrovic as he concludes that contemporary practices resembling those of the Enlightenment “cannot contain the forces of barbarism – that the will is stronger than rationality (1993: 278).’

So, here it rests. Can an act of transgression be interpreted as the individual’s reaction to today’s highly rationalized modes of governance? Are graffiti ‘tags’, underground brawls, base jumps, and unorthodox clothing styles simply deviant acts as they are often labeled or can be they seen as the need for expression, feeling, thrill, and identity construction (see Hayward, 2004)? More broadly, are these everyday forms of resistance a microcosm of time-tested dialectic between civilizing tendencies and acts of barbarism? Maybe the answer lies in one’s perspective, prior experiences, and social position.

Perhaps, as structural theorists would argue, there is more to play than just individual motivation. That is, when untangling the complex web of crime and deviance, we must consider both individual and structural level elements. When entertaining this orientation, are there macro level conditions that must fall under the critical microscope. That is to say, can the same practices and policies that attempt to secure rationality and order be a causal mechanism propelling individuals toward unrest and discontent – a feeling that often materializes in the form of moments of transgression? Stated another way, is it possible deviance grows from the same soil that brought about today’s preoccupation with safety and order?