Seeking Refuge: the battle for stability and support in times of economic hardship 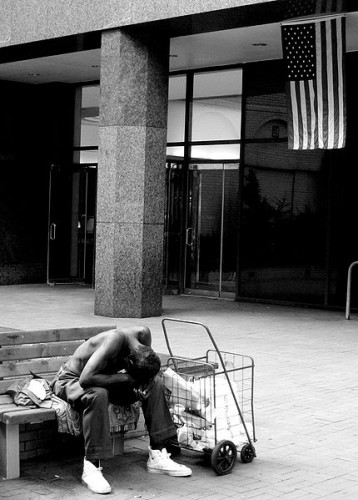 A recent Seattle Times report shed light on the growing, but often invisible, problems faced by the United States’ refugee population. Approximately 80,000 refugees will resettle in the U.S. this year, hailing from war-torn countries such as Somalia, Myanmar (Burma), Iraq, and Bhutan.

These individuals leave desperate situations- some living in camps in borderlands for ten years- with the hope of making a new life. However, refugees are warned before they decide to depart their native region that the U.S. may not be the bastion of opportunity they desire.

Increasingly, life in the U.S. means a struggle with homelessness. Among a whole host of difficulties, it can take years to acquire the language skills needed to secure employment. Additionally, it can be very difficult for refugees to navigate support programs. When government assistance runs out, leases expire, rent rises, or family structures change, refugees are often left with few options.

These individuals, who frequently come from cultures of mutual support, sometimes surf from home to home of fellow refugees sleeping 10 to a room for as long as possible without ever finding a stable residence. Because many are not physically on the streets, the problem of refugee homelessness can be very difficult to track.

With the American economy is just now struggling out of recession, the situation for refugees has become increasingly bleak in a number of ways. Most of the nation has been negatively affected by the economic downturn which does not bode well for a community that is forced to rely heavily on charity and goodwill.

While refugees receive a variety of assistance from both the state and Federal government in the form of food stamps, Temporary Assistance for Needy Families (TANF), and upfront monetary assistance, these programs often rely on funding appropriated by elected officials who depend upon positive public opinion to keep their jobs. When sentiment toward refugee groups goes sour due to the economic insecurities of U.S. citizens, assistance may begin to decrease when it is needed most.

Sociologist Gareth Millington, writing for the Sociological Review, explored the varying, and profoundly negative, narratives about asylum seekers in the United Kingdom and drew many lessons which might be applied in the States. In his article, “Racism, class ethos and place: the value of context in narratives about asylum-seekers,” Millington focuses particularly on the class divide in racial narratives. He observes that the most affluent, suburban residents of the small U.K. community tend toward the abstract, while less wealthy, more centrally located, residents focus on context dependent stories.

The author considers both content and context of racist or racial narratives, explaining that, “a narrative is an act of productive invention, an attempt to order and integrate the world using our imagination.” One important component of narrative configuration is the creation of abstract truths. These abstract truths share logical relations of compatibility, and are self-evident and self-referential. They sustain, support, and validate each other, establishing a durable way of knowing. Millington argues that because of the affluence of the suburban community, they are afforded physical distance from the town’s often very poor asylum seekers. This distance allows them to depend upon abstract truths to solidify their aversion to the community.

Conversely, less wealthy, more centrally located residents live among the refugees and rely more heavily on idiosyncratic narratives. These narratives are obsessed with detail and seek to humiliate asylum-seekers by presenting evidence of their inferiority. In this way, members of the lower economic class can reify their own place in the social hierarchy.

Millington presents the thesis that these observed, context dependent narratives are not simply expressions of racist opinion but are also “obfuscations of complex relations of dominance and intertwined with subtle processes of class distinction.” The notion of tolerance presupposes that there is a dominant group that controls what is tolerated within their sphere of influence. He points out that in this context, the domination of one group is particularly worrying as it is presented as egalitarianism resulting in what he refers to as “empowered practical prejudice.”

When taking the analysis of Millington under consideration, it is easy to see why conversation surrounding any group of new comers can be confusing and divisive. The narratives we create to understand our reality are heavily influenced by context and if in debate it feels as though the two sides are not discussing the same thing, it is often because they are not.

At a time in the United States when mutual support is needed the most, insecurity can create a desire to solidify and maintain our own standing. However, this compulsion can often give rise to larger social problems that affect the entire community. By viewing ourselves as social islands and cementing our class status we are paralyzed to move beyond narratives of mistrust and work toward positive solutions.

Read, “Refugees face homelessness all over again in U.S.” in the Seattle Times

Read, “Racism, class ethos and place: the value of context in narratives about asylum-seekers” in The Sociological Review