Goffman and the Web 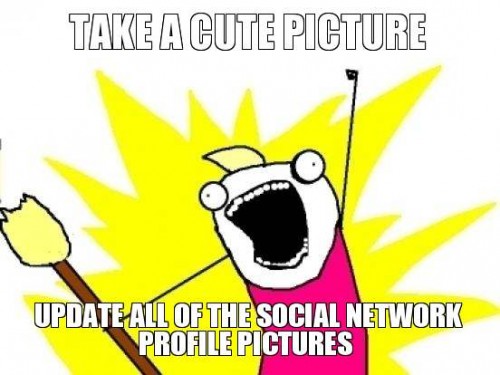 Despite writing in an era that predated many of the digital communication technologies that have become important to us, Erving Goffman’s analyses of social behaviour and interaction may be useful for understanding digital phenomena.  Recently there has been a resurgence of  Goffman’s ideas within web and digital communication research, notably from the Presentation of self in everyday life (1959).  This article draws on recent work which has applied Goffman’s ideas to the digital field to suggest how his work is still influential today.

‘one does respond to that which he addresses to another and where that response of his own becomes a part of his conduct, where he not only hears himself but responds to himself ’ (Mead 1934: 139).

Goffman used these ideas to examine mundane and everyday social interactions such as walking on the street and getting in a lift. He was especially interested in understanding behaviour that occurred in public places and ‘regulation’, that is how people handle or manage themselves in face-to-face interactions with others. Goffman developed the idea of dramaturgy – using the metaphor of drama to understand these interactions.  He suggested that presence of others – the audience – allows individuals to adjust and perfect their behaviour, a technique he termed ‘impression management.’

Goffman also used dramaturgy to alert us to scripts – patterns that structure talk and interaction despite the appearance of improvisation. This was an idea taken up by ethnomethodologists and conversational analysts (Sacks, 1995; Garfinkel, 2002; Schegloff, 2007) to explore how interactional conversations were structured ( a classic example being the observation that when a patient is asked att he start of a consultation “how are you?” this typically elicits the normative response “fine, thank you….”(Barrat, 2005).

Sherry Turkle has reconnected with the earlier symbolic interactionist ideas, notably those of Cooley, in her analysis of digital communication; She argues that “when we step through the screen into virtual communities, we reconstruct our identities on the other side of the looking glass. This reconstruction is our cultural work in progress” (Turkle 1995:177). Seen from this perspective the Web can be understood as a digital space where identities can be made and remade. While distinctions between public and private online spaces are virtual rather than physical there are often clear boundaries (firewalls and restricted password access) and codes of conduct which demarcate digital spaces

In his later writing, Goffman looked at advertising and interactions where parties were not co-present, but most of his work explored face to face interactions. All of his writing predated the emergence of now commonplace digital forms of interaction – including email and the Web.  However Knorr Cetina (2009) has argued that Goffman’s work can be useful for understanding digitally mediated interactions. She has used his ideas to explore ‘synthetic situations’ such as digitised stock market trading where buying and selling shares takes place in virtual space such that  “the interacting parties meet in time rather than in a place” (Knorr Cetina, 2009:79).

In addition, Goffman’s ideas have been applied to mobile phone communication. Rettie (2009) used ideas about presentation and etiquette to understand the technology behind SMS (text) and email messaging, showing that like face to face interactions these were governed by normative expectations. In a similar vein earlier work by Spitzberg (2006) about computer mediated communication drew on the dramaturgical perspective offered by Ring and colleagues which sought to understand performances and scripts in the digital space. Elsewhere Adkins and Nasarczyk (2009) examined asynchronous interactions on the photosharing website Flickr, synthesising the theoretical and methodological insights of Goffman, Garfinkel, and Sacks to show how a social order was created around the practices of sharing photographs online.  More recently Murthy (2012) has used Goffman’s ideas to think critically about the microblogging platform Twitter.

Dramaturgy, where the creation, maintenances and destruction of common understandings of reality by people working individually and collectively to present a shared and unified image of that reality is played out in the various performances on the different platforms and spaces of the Web.  The analogy of the theatre in the presentation of self corresponds with certain spaces and stages of the Web, where people can adopt numerous identities. However, perhaps this metaphorical imagery is best applied to micro interactions rather than macro connections online. This provides a useful indicator of the particulars about daily life interactions instead of attempting to make sweeping generalisations about human behaviours on the Web