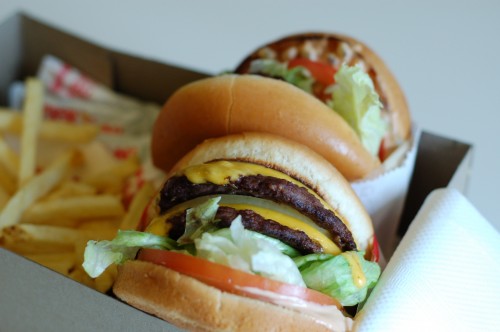 In a recent article in The Sociological Quarterly, Catherine E. Ross and John Mirowsky of the University of Texas explored the relationship between gender and education in terms of improving health. The two hypothesized that education improves health more for women than men and set out to prove this point through the theory of resource substitution. Essentially, resource substitution implies that any one individual can have multiple resources at their disposal that can contribute to and develop their human capital. In the context of this discussion, human capital is defined as the “productive capacity developed, embodied, and stocked in human beings themselves.” Of course, existing social barriers can often limit which resources an individual can count towards the development of their human capital.

In the article, Ross and Mirowsky focus on women’s disadvantaged ascribed status. In their theory resource substitution exists when having multiple resources makes outcomes less dependent on the presence of any one specific resource. The authors note that, “compared with men, women face more economic dependency, restricted opportunities for paid employment, routine, poorly paid, and unfulfilling work, and less authority at work.” Therefore, in terms of resources that can contribute to the improvement or safeguarding of health women lack some of the resources of men and must depend more heavily on education.

This more concentrated dependence on education because of resource substitution draws the authors to their conclusion that gender is a significant factor when it comes to health benefits as a result of education. As a counterweight to their theory, Ross and Mirowsky introduce the idea of reinforcement of advantage. In this theory, those who have greater resources benefit from them exponentially by relaying on all of their advantages equally. In the same vein, those who have fewer resources, suffer proportionately.

The results of their study found that the theory of resource substitution was, in fact, legitimate and that women do benefit in a greater number from health education than men. They did find, however, that this is only true with real significance in individuals with less economic advantage. The health gap between men and women with a higher education is small and continues to close whereas those with a lower level of education continue to suffer at a higher rate.

The authors use this evidence to draw parallels to the work of social scientists and economists who explore global economic development and the importance of education in these contexts. However in times of economic hardship when the poor in even the wealthiest of nations are brought to the forefront of daily conversation, it is interesting to see how the importance of education is universal.

On February 9, Mrs. Obama officially launched a program aimed at attacking childhood obesity (which can lead to a variety of other health problems such as heart disease, high blood pressure, diabetes, cancer and asthma) in the United States. In a politically savvy move during a time where the president and his party are viewed as drastically broadening the role of the government, the First Lady’s new plan does not attack the behavior of parents or children as this would be seen as government meddling in private lives. However, this has led her to adopt an approach which focuses on the overall environment that children live and learn in. Not only will school lunches begin to resemble more healthy fare, but professional athletes have committed to public service announcement, green grocers will be installed in inner cities, and safe walking routes will be designed to encourage children to travel to school on foot. Mrs. Obama’s message is one of moderation and education which has targeted approaches to help kids who grow up with disadvantage. This approach may add several resources to the development of the human capital of America’s youth.

Read the article in the New York Times online

Read “Gender and the Health Benefits of Education” online