Speech, Identity, and Losing the Accent 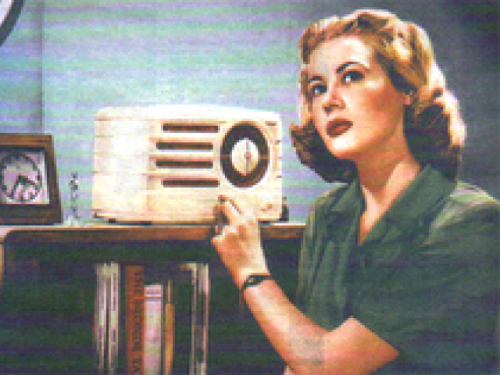 The voice isn’t often taken as a subject for Sociological analysis, despite affecting and representing a great range of highly sociological topics such as social stratification and identity, amongst many others. Taking the voice as an object of study can be incredibly illuminative, as trends in the way we speak are a clear indicator of wider social changes, as well as being highly applicable to social theory.

I started thinking about this after hearing a radio programme on the BBC, that discussed the ways in which accents have changed over the last 60 years, particularly in broadcasting. The two (white, middle-aged, female) presenters were listening back to historical tapes of themselves and were laughing, both embarrassed at how ‘posh’ (upper class) they had sounded. Interestingly, neither of them seemed to have noticed that they still sounded fairly ‘posh’, as many broadcasters are, but listening back to programmes from the BBC it is clear that the overall tone of accents being heard on the radio has changed dramatically. Regional and working class accents are more commonly found, and the tone and timbre of  ‘higher-class’ accents (also known as the Queen’s English) are less desired. The story goes that when Radio 5 Live was launched in 1994, an editor asked one of the female broadcasters if she could “lower her voice a social class or two” so as to make it more palatable for the wider audience.

The vocal recordings being played as part of this programme were excellent sociological artefacts, and the changes in the accents being heard are more than simply demonstrative of a preference or trend. When it comes to public service broadcasting, of which the BBC is exemplar, the preference for certain accents are also reflective of our relationships with authority and power. Accents that are trustworthy or have gravitas are preferred, and all too often the relationship between class and pronunciation is marked. Pierre Bourdieu’s work on habitus and cultural capital is particularly pertinent here. He has written extensively on the ways in which accent and word usage can act as a transmitter of class and of high or low culture, and therefore act as a barrier to social mobility. The intricate subtleties of language such as accent, spelling and grammar are a major factor in social standing and, crucially, social mobility. Whilst the case may be different or more nuanced in other countries, the UK is particularly susceptible to these kinds of biases. My interest in this area was particularly sparked when listening recently to my transcripts and realising that at some point since starting my research my accent had been neutralised. I grew up in Wales, and the distinctive accent that had always faintly been heard has now been taken over by a combination of Received pronunciation and academese. I still cannot decide if I should be proud or ashamed.

Coincidently I heard this radio programme twice, and it was on a second hearing that I realized what about it had stuck with me: although the women were discussing changes in the status quo, their voices were still what I would have described as ‘posh’, not so far removed from the old recordings of themselves. Whilst the trends might have changed slightly, and broadcasting (and also television) had broadened its scope of presenters, there is still a distinct preference for certain kinds of accents and relatively little diversity.  Most importantly, the voice is irretrievably tied up with other social stratification, and the female voice is treated differently for example, and the still marginalization of voices from people of colour, both literally and metaphorically.

Our voice is part of our identity, and the identity work occurring on a daily basis is more tied up in our vocal sounds than we realise. Identities are constantly constituted in and through dialogue (Giddens 1991) and are reworked and reimagined in the daily occurrences of life. In a fascinating study into the experiences of those with speech dysfluency, Clare Butler discusses stutterers’ experiences, arguing that this identity work must be done differently for those with an impairment that puts them at odds with a societal norm. She draws on the work of Erving Goffman; Goffmans’ ‘Interaction Ritual’ is an incredibly detailed analysis of the unspoken codes of speech encounters and the problems that occur with the code cannot be followed. Goffman’s earlier work, ‘Stigma’, is also crucial here, he discusses how the stigmatised person must cover their differences in order to ‘pass’, and to ensure the social order and interaction rituals are maintained. Butler argues that speech events are so essential to the working of identity because they underpin and affect all social interaction. The process of passing is therefore more complex and subtle for those with a stutter. As much of Goffman’s work, the example of someone who struggles with interaction highlights how important that interaction is for social interaction and identity.

This is only a small number of in a much wider field that could look at the Sociology of the voice. In listening to my transcripted interviews, I realised too often I am listening to the words without paying attention to accent. Should quotes from interviewees reflect pronunciation and intonation, if the words are what is being analysed? Should researchers include these considerations in analysis? If we exclude them, are we misrepresenting our participants? And what does it mean for my research if over the course of it my identity is changing in a perceptible and audible sense?