Celebrating Bin Laden's Death and the Return of the Knowable World 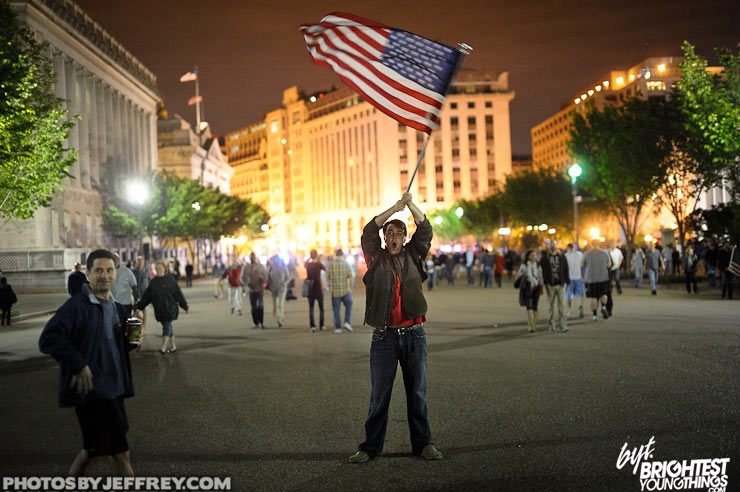 It is only hours since President Obama announced the killing of Osama bin Laden, resulting in celebrations across the United States (in the streets, on Facebook and elsewhere). I want to point the Sociological Lens at this spontaneous and widespread cultural celebration not to argue that it is wrong or right to cheer for death, but to ask, in these first few hours, why. Beyond the obvious points surrounding Bin Laden’s involvement with the events on September 11th, 2001, I think he symbolized much more. Ultimately, what people are cheering about is the momentary return of the familiar black-and-white world of good and evil that we understand.

Gidden’s and others have discussed how our modern world is becoming increasignly unknowable and Bauman discusses ethics based on some universal good and evil as out of date. Gone are the days of World War II where we went to war against the “bad guys” and when you killed them you won. September 11th, 2001 sparked a “war on terror,” a war on an ideology rather than a country, that has been unending and unclear. It is also unclear for many why we went to Iraq -a conflict that has dragged on without clear objectivies and metrics for victory. About all the United States as a country could agree on is that Osama bin Laden is a bad guy and should be captured and/or killed, but even this dragged on for years with many wondering if we would ever capture him. This all creates a listless feeling of confusion about war and geopolitics that upsets Americans used to the Hollywood version: we know who is good and evil and the winner is clear.

This pent up confusion was cathartically relieved last night when the news broke. The world finally succumbed to the movie script where there is a bad guy and there is some clear result. However, this brief moment of clarity will pass and we will quickly move back into a world where geopolitics is confusing, winning and losing won’t be clear and neither will be just who we are fighting and why. After Bin Laden, who will be the new symbol to ground our naive presumption that the world, who is good and who is evil, is simple and knowable?