Media practice analysis and the evaluation of cultural impact: Misconnections as missed opportunities 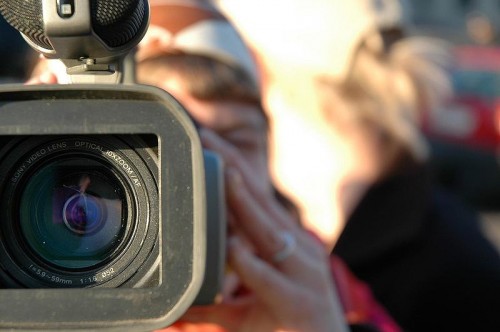 In a new study from the Annenberg School for Communication & Journalism at the University of Southern California, it was revealed that women are both underrepresented and sexualized in the mainstream motion picture industry. The study, headed by Dr. Stacy L. Smith and Marc Choueiti, evaluated 100 films released in 2008 though survey and content analysis methodology and focused on the gender of all speaking characters, behind-the-scenes employees, and the hypersexualization of on-screen characters. Overall, their findings show that only 32.8 percent of speaking characters were female, 8 percent of directors were female (i.e., 92% were male), 13.6 percent were writers, and 19.1 percent of producers were females. Lastly, the findings report that females, especially 13- to 20-year olds, are sexualized on screen through sexually revealing attire, partial nudity, and an emphasis on a small waist and physical attractiveness. In their conclusion, Smith and Choueiti report that, “Our findings reveal that motion picture content is sending two consistent and troubling messages to viewers. The first is that females are of lesser value than are males. This is evidenced by their on screen presences and the lack of employment opportunities behind-the-camera. The second is that females are more likely than males to be valued for their appearance.”

While these findings work to substantiate the concern over both the symbolic annihilation of women in media (both in front and behind the camera) and the sexualization of young girls, this report does not directly address the question: Why do these findings matter? On page four of their report, the authors offer a slight mention of “effect,” but fail to elaborate on why these troublesome findings matter. In other words, how do these findings impact the industry, future constructions of media texts, and audience reception? They write, in reference to hypersexualization, “These findings are troubling given that repeated exposure to thin and sexy ideals may contribute to negative effects in some viewers and reinforce patterns of lookism in the entertainment industry.” What are the negative effects? What is “lookism?” As media scholars continue to grapple with the question of “effects,” it would have been extremely helpful to gain insight to Smith and Choueiti’s understanding of how these findings will “effect” audiences and cultural practice. While these scholars most likely have a theoretical framework for effects and audience reception, it was lost in the pages of the available report. So the question remains: What do these findings tell us about media’s relationship to gender inequality? What do these findings tell us about the status of hypersexualization in the film industry? In the end, these findings are extremely important, but without support from a cultural analysis, remain couched as an “industry update” and miss out on an opportunity for a critique of gender inequality, the sexual division of labor, and the continued social sexualization of women at the societal and cultural level.

Sexualised culture and young people’s sexual health: A cause for concern? By Clare Bale (Sociology Compass)