Holiday Giving: The role of Charity in Capitalism 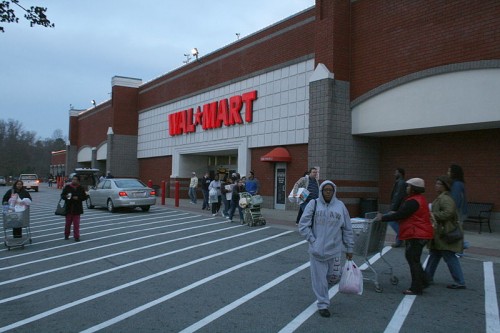 The holiday season is officially upon us as thousands of individuals woke up early on this Black Friday to score the best deals of the season. This time of year brings joy to the hearts of many, but also exposes one of the greatest contradictions in American society. Along with the excitement of holiday shopping and purchasing a 50 inch TV for half-price, this time of year is also supposed to be about giving. From Thanksgiving through Christmas more people volunteer and donate food and/or money than any other time of year. In 2012, to combat the popularity of consumption during Black Friday and Cyber Monday, more and more people are participating in Giving Tuesday (the day after Cyber Monday), a day to give to those in need. While we can certainly see the merits and benefits of giving a toy to a child who has none or a coat to someone who is cold, we should also ask ourselves why charity is needed in the first place and why charity is so intimately linked with consumption.

A critique of charity may seem rather harsh. After all charity is considered to be one of the great gifts a human can offer another. It represents a beautiful act done to shift the balance of the gross social and structural inequalities that exist in our society. Charity is seen as self-less act when someone gives up his/her possession or time to assist another. Giving time, clothes, food, or money to another in need is indeed a great gift. The critique with charity is not with giving, but that it provides temporary relief to a larger problem, while simultaneously hiding the deeply rooted structures that create the need for charity in the first place.

Nowhere is the dark side of charity brought to the forefront more than when companies tie the sale of their product to giving back to those in need. Žižek in his book First as Tragedy, Then as Farce, provides a detailed critique of this process, where a company is branded as having a redeeming component (for a detailed account of his argument go here). Žižek argues that consumers, who buy Toms shoes, so they can feel good about giving to a child in need, are experiencing consumerist redemption. These consumers are faced with the ethics of giving and the ethics of capitalism. Žižek argues that charity is no longer tied to a form of concrete ethics, but is now a fundamental part of capitalism. Charity has become a cycle for individuals who buy products in excess, feel guilty about the money they spend, and then seek to give to those in need. Consumers become more “conscious” in their choices by buying products that give back in some way, whether it is for shoes, cancer research, or environmental causes. The reality is that the cost of each product already contains the price of its opposite. That is, the price of Toms shoes already factor in the cost of producing another pair of shoes for charity. Therefore, Toms does not lose money, can present an image of caring, and the consumer can feel good about giving back.

Žižek argues that the issue of charity boils down to two questions. “What is the phenomenon of ‘charity’ in the context of a capitalist society, and what roles does it play?” In response, the purpose of charity is to provide a distraction to the fundamental ails of society. In a society that contains structures that generate chasms of inequality, a single act or multiple acts of charity do very little to change the long-term reality of those in need. Society perpetuates the notion that “every little bit helps,” but does not alter the injustices that exist. The reality is that charity, at its core, perpetuates the bad social contexts that exist. Charity exists on the behalf of private property. People give to charitable organizations that take a large portion of the donation to support the company, rather than the people the money was intended for, a position Žižek argues is immoral. For instance, Goodwill exemplifies charity in the private context because it receives free goods through donations and then sells those products, whereas Salvation Army gives all donations directly to those in need.

Charity at its core reflects a symptomatic problem with capitalism. There are individuals throughout the world that are desperate for the most basic necessities in life and have to rely on the generosity of others. The very idea of needing charity is a reflection of a capitalist society that promotes an ‘everybody for themselves’ ethos, leaving many people to fight for scraps. Under our current global neoliberal model, more and more people are failing to secure financial stability and are in need of charity for survival. Rather than challenging the underlying structures, capitalism, that promote inequality and the need for charity, charitable practices become a form of fulfillment, self-deception, or perhaps a tax write-off. As Žižek argues the charitable status quo continues to triumph over social transformation.

Despite the critique of charity, this holiday season you should give what you can to those that need it. Give a coat, or make sure a child gets to experience the joy of having toys under the tree. Work in a soup kitchen or donate to a food pantry. But also take time to fight the conditions that create the need for charity in the first place. Join the picket line at your local Walmart as workers fight for living wages and a day off on the holiday season. Write your congressmen/woman to ask for higher wages and better benefits for the workers in your community. Even simpler, while you sit at the holiday dinner table, ask your family why charity is necessary in the first place. Continue to give, but more importantly continue to think.