The joy of Absence and the Digital Detox

I just came back from a week in Greece. I’m not here to brag, but it was pretty damn great. One of the best things about it was that I hardly used my phone. I couldn’t. Out on the scrubland hills on the island of Levkas, my friend’s mother’s villa does get some limited internet access, but it’s expensive and patchy, so I just didn’t bother using it at all. No email, no facebook, no twitter, no whatsapp, no news, no Sociology Lens! It was like stepping back in time. The only thing I used my phone for was playing music whilst reading lots of books and soaking up the sun (Okay, small brag there).

Unfortunately, my phone had a little accident involving a car door and a cracked screen, so when I got back to a rainy Manchester airport and all the other surnburnt Brits were turning on their phones to check their messages outside Arrivals, I couldn’t do the same. I must admit, I felt smartphone jealousy. Whilst I was in Greece it felt good, it felt right to not use my phone, but back in the UK – my place of work, of friends, of study, of home – it felt strange, like something was missing, like I was missing out.

This ‘Fear of Missing Out’ is now so well-understood that it has its own hip online acronym, FOMO, to go along with YOLO, LOL, and DILLIGAS. I’ve always thought that FOMO was a sad postmodern affliction that I would never succumb to, but there I was, pathetically feeling like the world was passing me by, because I couldn’t get online.

You probably didn’t know, but this month is ‘Analog August’, when people are encouraged to take a month completely offline. You probably didn’t know because Analog August is just a marketing campaign by Penguin publishers to try and sell more books. But the idea is an interesting one. The campaign is promoting Michael Harris’s book the ‘End of Absence’. Harris argues (as you can see in this clip from the BBC) that thanks to the pervasiveness of modern technology and social media, we are depriving ourselves of solitude, of daydreaming, of silence. It’s hard to measure the benefits of these periods of ‘absence’, but I do know that, anecdotally, my week offline felt great, like I had more time to really reflect not just react. On the flipside, there are also studies which show that anxiety or FOMO is associated with heavy social media use, and that prolonged facebook use may be linked to depression in young adults. By Tomwsulcer (Own work) [CC0], via Wikimedia Commons

Personally, I don’t need psychological studies to tell me that social media use, despite its many benefits, can be exhausting, unfulfilling, addictive and, perhaps most of all, distracting. One of my biggest gripes with academic life is that we are constantly being told to promote ourselves online, build a twitter following, post blogs (like this one!) and comment and re-post other people’s blogs, tweets and comments in an almost never-ending spiral of online LOOK-AT-ME activity in an effort to get ourselves noticed and perhaps push ourselves up the career ladder. If people behaved like that in the real world, they would be perceived as mentally ill. Here, it’s the way to gain that elusive prize, A Strong Online Presence.

I am aware that, as in previous posts of mine on sleep and on experience vs memory, that I may sound like a luddite who just can’t keep up with modern technology. The problem is, I can keep up with technology, all too well, and that’s what concerns me. It’s probably not helping my paranoia that the novel I’m finishing now is the zeitgeisty bestseller ‘The Circle’ by Dave Eggers. Eggers describes a near-futuristic corporation called The Circle, a post-facebook, post-google multinational monolith whose staff and users are quickly sucked into a world where social media, embedded technologies and total online ‘transparency’ ensures conformity to a degree that is eerily reminiscent of Bentham and Foucault’s Panopticon. In one passage, ‘Mae’, the main character who’s just got herself a dream job at The Circle receives a stern talking-to from her friend and social media sceptic, ‘Mercer’, who just isn’t buying what The Circle is selling:

“It’s not that I’m not social. I’m social enough. But the tools you guys create actually manufacture unnaturally extreme needs. No one needs the level of contact you’re purveying. It improves nothing. It’s not nourishing. It’s like snack food. You know how they engineer this food? They scientifically determine precisely how much salt and fat they need to keep you eating. You’re not hungry, you don’t need the food, it does nothing for you, but you keep eating these empty calories. That is what you’re pushing. Same thing. Endless empty calories, but the digital-social equivalent. And you calibrate it so it’s equally addictive.”

So this summer, why not cut down on those empty digital-social calories, and treat yourself to a digital detox, wherever you are. If you don’t have the willpower to go it alone, there are now arranged Digital Detox weekends for individuals or companies, whilst some employers are trying to make it easier for their staff to go offline by automatically deleting any emails which are sent to their inbox on vacation time. We all seem to know intuitively that it’s good for us to escape the online world, but it’s hard to do. If you’re still struggling to escape the tentacles of the online world, and embrace the joy of absence, you could always do what I did… 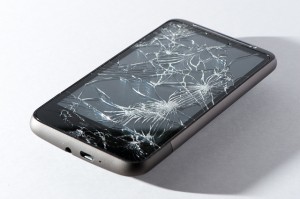 If all this seems a little too heavy, you can have a look at comedian Louis CK’s more light-hearted take on the joy of absence and the fear of missing out here: