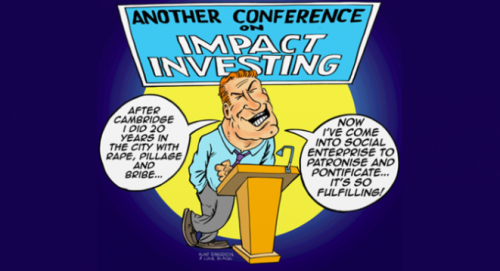 In Italy during the 1970s, labour movements responding to and resisting the rigidity of assembly-line employment celebrated precarious patterns of work; precarity was something beautiful (precario bello). This, Stevphen Shukaitis observes, “is an eminently sensible thing to say when you think about what the kind of ‘security’ and ‘stability’ is created by working in a petrochemical factory or on an automobile assembly line for forty years.” More recently, popular discussions of precarity in the Anglophone world have tended to orient themselves around Guy Standing’s take on ‘the precariat’, which he understands as “a [global] class in the making, approaching a consciousness of common vulnerability.” What unites the precariat – since for Standing this class in the making may include both those on workfare and tenuously ‘self-employed’ young graduates in the digital economy – is akin to that which James H. Smith terms “temporal dispossession” or “the inability to plan, predict, or build futures in an incremental way.” Responding to these apparently divergent forms or visions of precarity, Shukaitis has elsewhere suggested that precarity ought not to be seen as a category to be applied, but as a “moment of instability in the radical political imagination that is as much a promise as a threat.”

Taking up Shukaitis’ suggestion, Martin Bak Jørgensen’s forthcoming article in Critical Sociology, ‘Precariat – What it is and Isn’t – Towards an Understanding of What it Does’, questions the notion that ‘the precariat’ is any kind of ‘new’ tendency, and objects to the academic treatment of the precariat “only as victims.” Instead, Jørgensen emphasizes movements like Freedom Not Frontex, which aligned anti–austerity campaigners and the struggles of migrants and refugees. Such movements, he argues, illustrate “how precarity becomes a mobilizing force (as a militant identity), a political analysis (condition) and strategy.” There is, however, something else that precarity does which has been subjected to relatively little scrutiny within the growing literature on a burgeoning global precariat: precarity creates new kinds of market opportunities. The intersection between growing precariousness on the one hand, and the expansion of ‘Bottom of the Pyramid’ strategies for making new markets among low-income consumers and micro-entrepreneurs on the other, was the focus of a two-day workshop last week at the University of Sussex, as part of the ESRC seminar series Doing Good by Doing Well: Capitalism, Humanitarianism and International Development.

The ‘Bottom of the Pyramid’ (BoP) approach with which this seminar series engages is the brainchild of the late management scholar C.K. Prahalad, and his colleagues Stuart Hart, Allen Hammond, and Ted London among others. The BoP idea emerged in a series of articles co–authored by Prahalad (in 1998, 2002, and 2004), as a strategy through which multinational enterprises might deal with declining profits and growing reputational crises ‘at home’, while also profiting from the previously untapped consumer market that makes up the BoP – frequently defined as the four billion who live on less than $2 (2005 PPP) a day. This, it was argued, would benefit the poor, since state- and NGO-led development had by-and-large been a failure, and a lack of access to consumer goods and services, or indeed, a “lack of choice is what being poor is all about.”

In fact, the original formulation of the BoP unravelled fairly quickly. Prahalad was roundly criticised on the grounds that many of his original BoP case studies seemed to not serve the poor but those on higher incomes; others seemed to rely not only on multinational enterprises but on NGO and state support, and yet were abandoned when they proved unprofitable for the multinational enterprises involved (most notably with HP’s e-Inclusion project in South Africa); some of his favourite examples simply offered often harmful consumer goods in smaller packages – which, Prahalad continued to insist towards the end of his life, was not only empowering, but could increase the incomes of the poor. Prahalad’s original approach to the BoP has been gradually eclipsed by ‘next generation’ BoP formulations associated with Ted London and Stuart Hart. These management scholars argue that “instead of viewing the BoP as consumers for whom ventures must acquire new capabilities to effectively serve,” the challenge becomes about “how organizations can create mutual value by addressing the barriers that BoP producers face in producing and selling their output.” What is maintained from Prahalad’s writings is the idea that the poor are “resilient and creative entrepreneurs,” as well as being “value conscious consumers.”

What was striking from a number of papers presented at last week’s Sussex workshop on precarious economies was the extent to which there appears to have been yet another shift, this time away from the notion that the poor are ‘natural’ entrepreneurs. Instead, those at the BoP are increasingly asked to undertake training that also entails a moral transformation (as well as new kinds of temporal, emotional and bodily discipline) if they are to be ‘included’ within humanitarian entrepreneurship programmes. Catherine Dolan and Dinah Rajak’s work on Catalyst, an enterprise selling ‘life changing [lighting and sanitation] products’ explored how Nairobi’s unplanned urbanisation creates both disorder and sites of opportunity for those hoping to provide consumable substitutes for absent infrastructure. Unemployed youth who undertake the Catalyst training programme are put through a conversion process, forced to ask themselves whether they can handle the transformation from “African time to clock time.” Seeking to become mobile sellers of Catalyst’s ‘life changing products’ – but only as a stepping stone to further social mobility – many of these managed ‘entrepreneurs’ find themselves struggling to get by. Here, what precarity does is create a new market and an often false hope of social mobility that is to be achieved through enterprising self-transformation. And it is chiefly profitable for those other than the precarious entrepreneurs.

Philip Mader’s presentation addressed the shift within development institutions and their private sector partners from evangelising for ‘microcredit’ towards promoting ‘financial inclusion.’ This latter agenda comes with more modest aims – the ‘intertemporal smoothing’ of precarious incomes through saving and budgeting, rather the provision of transformative loans. In financial inclusion discourse not being able to manage money becomes worse than not having enough. The training programmes or ‘financial literacy’ campaigns which seem to accompany the ascendant financial inclusion agenda, like those provided by Catalyst, also demand a form of moralised self-management: those to be included must learn to use the financial instruments appropriate to their income. There is to be little mobility here. In Nandini Gooptu’s paper on contract cleaners in India, the extent to which precarious labour increasingly demands a ‘managed heart’ was brought out yet again. Just as Catalyst’s would-be entrepreneurs must examine themselves and ask if they can submit to ‘clock time,’ India’s contract cleaners must be taught not to reciprocate in certain conversational situations, and learn to respond despite never being called by name.

One of the many things precarity does is create the ground on which new forms of morally disciplined ‘entrepreneurial’ labour can emerge, creating opportunities for ‘humanitarian enterprise’ and impact investment, as well as for industries with less transformative pretensions. In Europe, precarity has also become a new source of opportunity. In 2012, Jan Zijderveld, President of Europe Unilever, told the Financial Times that “Poverty is returning to Europe,” and that the sachet marketing strategies learned in Asia – at the BoP – would now be rolled out in response to the rising poverty (precarity) imposed by European austerity measures. The cap placed at the start of this year on interest that can be charged by payday lenders – increasingly turned to by those whom the state is failing – has been accompanied by a growth in ‘guarantor’ lenders designed to cater to those without a sufficient credit rating, and who face forms of ‘temporal dispossession’ and an attendant inability to temporally ‘smooth’ their earnings.

Certainly precarity can generate moments of promise, but can it do so for those living in precarious economies? Guy Standing has argued consistently for basic income as the welfare response to growing precarity, detaching income from labour productivity and (ideally) reining in ‘temporal dispossession.’ Likewise, Ruth Levitas has emphasised the utopian potential of basic income, suggesting that it is perhaps the only way that non-market, caring labour can be revalorized. Finland has recently begun a small-scale experiment with a form of basic income, so perhaps there is hope for the precariat. Except that basic income – notably sometimes called citizen’s income – runs the risk of creating new exclusions of precisely the kind that the anti-austerity–migrant–refugee coalition behind Freedom not Frontex would resist. And for sure, the answer to precarity is not to be found in a return to a kind of fantasy-Fordism that was, in any case, only a brief (and partial) intermission in the precarious worker’s much longer history. There were good reasons for all that talk of precario bello in 1970s Italy.

There are, however, proposals floating around that might address the ‘supply-side’ of precarity, or at least the absence of infrastructure in contexts like Dolan and Rajak’s unplanned Nairobi. One of the most intriguing of these proposals comes from the ‘Manchester Capitalism’ group led by Andrew Bowman. This group argues for a ‘foundational economy’ in which the provision of basic infrastructural and life-giving services is controlled by a set of formal ‘social licenses’ rather than being determined by calculations of ‘point value’ or discounted cash flow models, according to which getting the money out of a venture as fast as possible is always the top priority. The inability to generate a ‘net present value’ sufficient to attract private investors is one of the reasons that private provision of water and other infrastructure seems never to extend to the very poorest; even DfID’s recent review of impact investing at the BoP recognized that such investments “do not and need not reach the destitute.” Whether or not a shared experience of precarity can generate an interest in the ‘foundational economy’ – one which does not create new forms of exclusion – remains, of course, to be seen.