Why the Fracking “Haves” Come Out Ahead 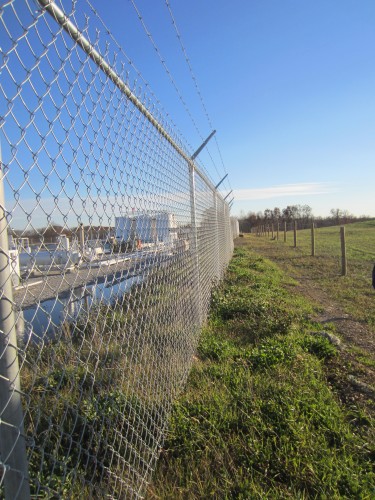 There is an interesting and potentially important fracking case going on New Mexico right now. The Mora County Commissioners passed the Community Water Rights and Local Self-Government Ordinance, making it illegal for gas and oil companies to extract hydrocarbons within county limits. The ordinance, which has been dubbed “The Mother of all Anti-Fracking Tools,” has not surprisingly been challenged in court. Claimants, who most notably include Royal Dutch Shell, one of the largest oil companies in the world, suggest the measure violates their right to corporate personhood, controversially affirmed recently in the Citizens United case.

Other municipalities have banned fracking within city limits, often by tweaking zoning laws. What makes this case unique is that it is situated at the county level, effectively banning the practice not just within city limits, where fracking rarely takes place anyway, but across mass swaths of potentially ‘frackable’ land.

From an environmental perspective, the Mora County ordinance is impressively bold. It goes so far as to establish “a local bill of rights for Mora County that protects the natural sources of water from damage related to the extraction of oil, natural gas, or other hydrocarbons.”

From a sociolegal perspective, the ordinance helps to level the playing field. With Mora County residents standing together as a collective and being represented by an experienced litigating group (specifically, the Pennsylvania-based Community Environmental Legal Defense Fund), they stand a better chance of having their voices heard and resources protected than others in situations where companies run freely from door to door wooing landowners with offers they often cannot refuse.

We make this assertion based on some interviews we recently conducted with folks from a small farming community in the Midwest. We learned a lot from talking to farmland owners who have been offered and/or accepted leases that promise compensation if they allow gas companies to conduct tests, build wells, or run pipe on or through their property. The most enduring lesson was that current arrangements provide enormous advantages to gas companies as they negotiate with landowners.

Marc Galanter’s classic article Why the “Haves” Come Out Ahead provides a good jumping off point for understanding the position many of these residents are in. Galanter acknowledges that the law is complex, time consuming, and requires a great deal of resources, including finances and knowledge. For this reason, he says, ‘repeat players’ – those who have lots of resources (e.g., teams of in-house attorneys who are intimately familiar with how law works) and try to manipulate the system to their long-term benefit – have a significant advantage over ‘one-shotters’ – ordinary folks who have almost no experience with the law, few resources, and are merely seeking justice in an individual case.

Although commonly legal cases pit the powerful against the powerful and the weak against the weak, natural gas extraction often pits David against Goliath. Gas companies armed with legal experts poised to game the system in pursuit of profit come knocking on the doors of ordinary people who by nature of their social position are unprepared by comparison.

Consider, for instance, the language used in the contracts that gas companies offer landowners. Seamus McGraw, in his book, The End of Country, describes the offer his mother received from a gas company to place a well on her property…

“The proposed contract… poured out in one long rushing torrent of ten-dollar words, a few hundred thousand dollars’ worth, all translated from the jargon of the oil and gas industry into the impenetrable tongue of the legal profession” (8).

Many of the residents we spoke with similarly recall struggling to understand the specifics of the deals they were considering entering into. Some tried to go at it alone, and that rarely turned out well. Others report having knowledgeable neighbors who have been through the experience, but they too admit that that will only get you so far. Even hiring an attorney was not enough in many cases. As fracking is such a new phenomenon, some residents report that many local lawyers “don’t know or didn’t know at the time what they’re doing.”

Whereas gas companies have teams of full-time attorneys on staff, many residents are busy with jobs that typically have nothing to do with fracking, and so the two sides are also mismatched in terms of time. “The research you have to put into signing a lease is just enormous,” one woman told us, “and then, if you want to get a lawyer to help you… you have to research lawyers.”

When disputes arise, these power imbalances become especially clear. Just about everyone we spoke with had a story about a neighbor who had the unfortunate experience of squaring off against a gas company in court and learning the hard way how companies with virtually unlimited finances can win legal cases simply by dragging them on indefinitely.

Another piece is cultural. Especially in communities where individual responsibility is a cherished value, contracts are highly respected (David Engel’s classic article, The Oven Bird’s Song, documents a similar phenomenon). Residents feel it is important that they stick to their word. Meanwhile, companies share no such value system – or, at least a different iteration of it – as their focus is narrowly on the pursuit of profit. To quote McGraw again:

“[T]o most of the locals, a contract was like the received word of God, an immutable set of commandments set in stone. Big companies… saw them a little differently. To them, they were like the line of scrimmage in a high school football game, nothing more than a good place to start pushing toward the end zone” (88).

We heard some stories of local residents taking a loss and accepting responsibility if they overlooked or misread parts of their agreements. One man we spoke with, for example, discovered late in the process that he had agreed to seismic testing, which he did not want the gas companies to do. When asked whether he felt taken advantage of, he reported…

“I mean, really, the onus is on me, because you know when you’re signing a document you need to know what’s on it and if you don’t know you need to take it to an attorney. I did neither… It would have been nice, you know, had somebody said… “notice this part.” I don’t feel that I was a victim. I need to take responsibility for what I signed. I wouldn’t have signed it had I known that.”

When companies found that aspects of the contract were not in their favor, on the other hand, they rarely chalked it up as a loss. They were instead apt to use their resources to get contracts changed or to exploit loopholes. Having watched a neighbor go through a legal dispute with a large gas company doing work in the area, one woman we spoke with found this to be an accurate observation:

“You don’t want to ever go up against [that gas company] if they make a mistake because they won’t never admit it and they’ll take you to court and run you through the system and I can tell you a story about the neighbor where that’s exactly what they’ll do. You don’t ever want to go up against [the gas company], they would nail ya.”

Along similar lines, some evidence has been emerging which suggests that many residents are not receiving the payments they were promised. A recent report by ProPublica tellingly showed that “manipulation of costs and other data by oil companies is keeping billions of dollars in royalties out of the hands of private and government landowners.” At least one resident we spoke with pointed out that while “the money has helped people,” uncertainties in the process that were not immediately clear at the time the lease was signed are resulting in “people… not getting a lot of money right now, not the big crazy money that they expected.”

Granted, the Mora County resolution is not perfect. Some who are unconcerned with or do not believe that there are environmental costs associated with fracking are unhappy that they will not be able to reap the financial rewards that a gas company may offer. And even though New Mexico residents now have strength in numbers and the representation of a legal defense fund, they remain underdogs pitted against profit-hungry oil giants who may wind up benefiting from the dangerous Citizens United precedent.

In comparison to how the ‘fracking boom’ has unfolded so far, however – and, indeed, in comparison to how resource extraction of all sorts tends to play out – this ordinance seems to have potential. As we have learned, when those in small, relatively isolated communities who take pride in sticking to their word and are often fighting through tough times are lured with enticing contracts that are written by and for powerful gas companies, the deck is clearly stacked. To avoid this being a scenario where the fracking “haves” come out way ahead while ordinary folks are left to fend for themselves in degraded environments, it is vital that we have mechanisms in place that protect the environment, that protect our communities, and, in cases where extraction does end up taking place, that assure economic rewards are distributed fairly.