Hillary Clinton ran to be 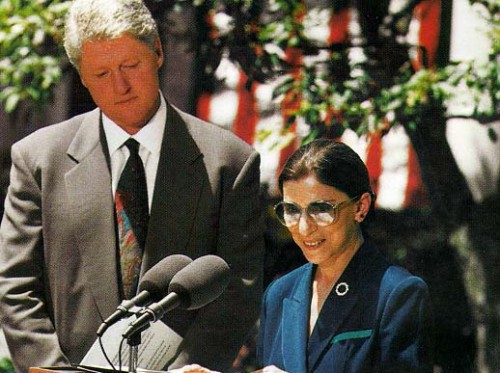 the democratic nominee for president. Sarah Palin ran to be the vice president. There are more women than ever before running for governor (e.g. Whitman, Haley, Hutchison and Brewer, to name a few), for the senate, and for all levels of political office. Sonia Sotomayor was confirmed as a supreme court justice and this week, Elena Kagan may become the fourth woman to sit on the supreme court. Surely, over the last several decades, women have been elected to public office and their gender, while still a major issue, has become less of a central one. In the last few years, however, the number of women in public office has rapidly increased and there is a regularity to seeing women in positions of political power. Do these event clusters lead to more powerful, more marked, more rapid change? Or are they simply the process of social change in and of themselves?

As I watch the confirmation hearings of Elena Kagan, I continually think about social change, which can be defined as a, “succession of events which produce over time a modification or replacement of particular patterns or units by other novel ones.” I wonder – surely, social change takes place over time (usually a long succession of events leading to others and on and on) but events are not uniform. For instance, this hearing right on the tail of another women confirmed to the supreme court is much different than, for instance, Ginsburg’s confirmation in 1993, about a decade after O’Connor’s. Time compression and the rate at which these events occur seems to be vital here – but how vital? This is not yet clear.

Hillary Clinton talked about “shattering the glass ceiling” during her campaign. Did this campaign, coupled with others in short succession do just that? And what does that mean? A  large part of it is perception. It has taken decades for women to break into these arenas and we have all of their troubling stories of both overt and covert discrimination – Justice Ginsburg felt she had to hide her pregnancy for fear of not losing her job (see the NPR story below for a fantastic description of such stories). This was a tough and grueling history and without these women the current moment would not be. But what I wonder now is if we’re at a crucial moment where the breaking point has passed. And when was it? It is

now normal to see women in these positions? Certainly, women are still marked when they sit before the senate judiciary committee or stump for a presidential nomination. We know this because the issue of gender is still a central one in the media and in everyday conversation. Today, as the confirmation hearings roll on, the pundits continually question whether senators are being too hard on Kagan because of her gender. Still others ask if senators are taking it too easy on her for the same reason. Regardless, the question about her gender is still a central one. But how will the close succession of these events impact future discussions and perceptions of female candidates for any public office? Again, when there are ten years in between the appointment of a supreme court justice, it’s harder to keep the conversation going, but when it happens twice in a year, how is that different? Will this, in fact, change the way we see women more broadly? And how so? Ultimately, a major question is also whether these events change things more quickly when they happen more quickly in succession or do they just make it seem as though change is sudden by eclipsing a long history of struggle? In any case, this is a fantastic moment to try to find answers to these questions and to watch social/political change in action.