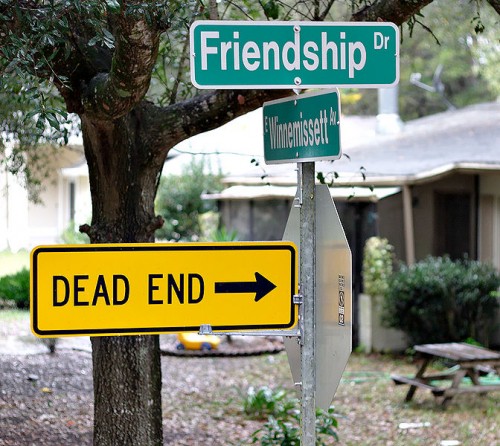 While it’s no secret that Facebook is renegotiating human interaction, the evidence is stacking up that this social media/networking site is redefining terms such as “community” and “friendship.” While many factors – including age, conflict and proximity – act as intervening variables when it comes to physical, face-to-face friendship and community, new factors – such as digital access, online activity and noteworthy status updates – are now influencing the degree to which someone is a (digital) “friend” or member of your “community.” In a recent New York Times Op-Ed column from Charles M. Blow, the realization that Americans were more likely to know their online friends’ names rather than their (physical) neighbors’ led to the writer’s further contemplation on findings from a social isolation study and data on children feeling widespread hurt, jealousy and competition while online. No longer categorized as a moral panic linked to technological determinism, questions regarding human bonding are starting to hit close to home.

For example (and this incident prompted this blog entry): A friend of mine traveled home to see family and friends and due to scheduling conflicts, was not able to visit with a particular long-term friend of his. After phone calls and apologies, he (my friend) assumed that the misconnection was no longer attached to any resentment, etc. until he noticed that his friend “defriended” him on Facebook. This assumed angry individual will not return any calls or explain why he decided to use Facebook to annul their friendship. What this story reveals (to me, at least) is that the conventions of friendship and community are being transferred to Facebook: apologies, wedding announcements, breaking off friendships, etc. Is this the kind of weight society wants to give to a social media/networking website? Is my friend supposed to take the “defriending” action as a valid dismissal of their friendship? In the end, many scholars have been tracking social media and its influence on subsequent human behavior – this is not a new or groundbreaking observation on my part. However, it does beg the question: Is Facebook facilitating a cultural environment where physical friends are easily disposable?