Author’s Note: This post is the second of a two-part series (read part 1 here) that looks at various narratives about civil lawsuits. Originally intended to be a longer series, it became apparent to the author that bi-weekly posts are a less than ideal way to write a series and makes it difficult for readers to follow. Mea culpa. 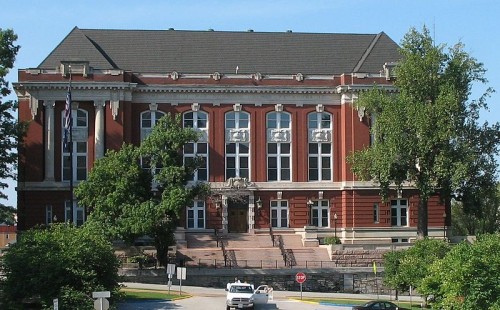 Coincidentally, two weeks since my previous post, the Missouri Supreme Court struck down a 2005 tort reform law. The law in question applied only to medical malpractice cases and placed a cap of $350,000 on non-economic damages, more commonly referred to as “pain and suffering.” Though the case itself likely has few implications outside of Missouri, it is interesting because it demonstrates the still-contentious nature of tort reform.

Tort reform refers to a broad set of policies aimed at curtailing what proponents see as abuses of the civil justice system, such as frivolous lawsuits and excessive awards. The American Tort Reform Association (ATRA), the primary nationwide lobbying group advancing tort reform, lists 13 areas in which it is actively lobbying for changes. Among them, and among the most widely implemented, are caps on non-economic damages.

Tort reform is a solution in search of a problem. ATRA suggests that “[M]ulti-million dollar jury awards and settlements in medical liability cases have forced many insurance companies to either leave the market or substantially raise costs. Increasingly, physicians in these states are choosing to stop practicing medicine, abandon high-risk parts of their practices, or move their practices to other states.” Under this narrative, medical malpractice suits have increased healthcare costs for everyone. It has also created an exodus of doctors, particularly specialists and particularly from rural areas (this narrative remains alive and well, apparent in the St. Louis Post-Dispatch article discussing the recent ruling in Missouri).

Paik et al. (2012) have just published a study using data from Texas, a state that has widely implemented tort reform. Using statewide data, they calculate the risk exposure to medical malpractice suits and associated costs over a 20-year period, both pre- and post-reform. Contrary to the tort reformers logic, Paik et al. find that healthcare costs and spending levels remained constant before and after reform; this is true within Texas (comparing low-risk and high-risk counties) as well as when comparing Texas to national trends. Elsewhere, Yang et al. (2008) use nationwide data to demonstrate that tort reform has no statistically significant effect on the supply of OB/GYN doctors; the supply of specialists remains the same regardless of the presence of reforms. These add to the already large body of literature that suggests tort reform is ineffective at meeting its stated goals, which are questionable to begin with.

Although the debate over tort reform has died down in recent years, it may see a moderate resurgence. Newly chosen Vice Presidential candidate Paul Ryan has included federal tort reform is his previous budget submissions, and conservatives have long lauded tort reform as a means of curtailing rising medical costs despite evidence that tort reform has no noticeable effects on the costs of healthcare or the number of doctors. Tort reform does succeed, however, at perpetuating disparaging narratives about plaintiffs and limiting access to the courts. So, readers, I ask that you add your thoughts on this matter below. Has your state seen reforms? Are such lawsuits truly a problem? Will we see more rulings like the one from Missouri?