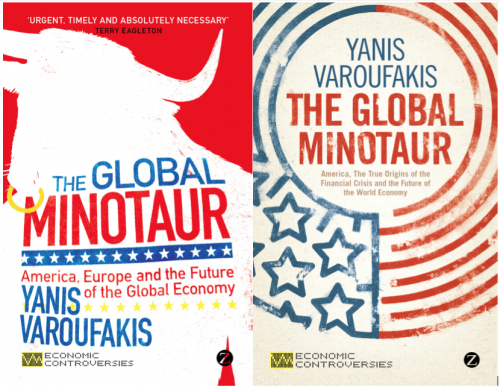 Another surprise economics bestseller goes out of stock at Amazon…

In the wake of the 2008 financial crisis, studying financial knowledge and practice has become more and more common for sociologists and anthropologists. But the methodological and theoretical approach that has set the terms of engagement for many of these post-crisis scholars predates the crash by at least a decade. Associated predominantly with Michel Callon, Donald MacKenzie, and their students, the social studies of finance emphasizes the extent to which as Callon puts it, ‘economists contribute toward enacting the realities they describe.’ Perhaps the most widely cited example of such economic ‘performativity’ comes from MacKenzie’s work on the Black-Scholes option pricing model. MacKenzie suggests that the model (implicated by trader-turned-professor Pablo Triana in the financial crashes of 1987 and 2008), while initially rather poor at pricing options in the 1970s, came to be so widely used as a prosthetic pricing tool at the Chicago Board of Exchange that pretty soon, market prices were close to the model’s predictions even when the necessary assumptions did not hold. In other words, over the last few decades, ‘the typical assumptions of finance theory have become empirically more realistic.’ The debates around performativity have at times turned nasty, and Callon et al. have come under fire from the Karel Williams’ and Julie Froud’s Manchester group, who have critiqued the ‘narrow technical’ focus of performativity scholars, calling for studies of the performativity of elite discourses around finance which provide justifications for action or inaction in the wake of the crisis.

In fact, the two approaches need not be mutually exclusive, as shown by Brett Christopher’s superb account of the work that economists put in to (a) making financial intermediation appear as if it is a ‘productive’ contribution to GDP, and (b) using their ‘descriptions’ of the financial sector to frame political debates about the relative contributions that different sectors make to the British economy – and the position they consequently deserve in the civic hierarchy. (See the claims made by London’s chief financial lobbyists.) The other criticism faced by the performativity scholars comes from anthropologists like Daniel Miller, who argues that Callon mistakes ritual expressions of market ideology with the enactment of markets as they are conceived by influential economists. A related, albeit subtly different critique, comes from Edward Nik-Khah, who warned some time ago that

enthusiasm for the doctrine of performativity is fostering a situation where science studies [the social studies of finance] will come to increasingly resemble neoclassical economics, if not serve as its cheerleader.

Now this matters for many critical social scientists, since the link between neoclassical economics and the enactment of neoliberal policy (understood as the duty of governments to install market relations where possible, refraining from redistribution except ‘from the bottom to the top’) is frequently a given, even if the causality is not quite clear. The LSE’s Jeffrey Chwieroth, for instance, suggests that during the 1970s a set of ‘what might be called neoclassical understandings…came to dominate the [economics] profession and formed the basis for neoliberalism’. And Jamie Peck, in a statement that is not incompatible with Callon’s approach, notes

Contrary to its discursive self-representation, neoliberalism cannot be reduced to a simple process of replacing states with markets because, in practice, ‘privatized’ or ‘deregulated’ markets still have to be managed and policed (often by a new breed of neoliberal technocrats)

So, it might be fair to say, there is a widely-held conviction among critical social scientists that neoclassical economics, neoclassically-trained economists (or ‘technocrats’), and neoliberal policy outcomes exist in some sort of relationship. Callon’s approach to performativity in the social studies of finance and markets is, as Liz McFall puts it in her review of the literature for Sociology Compass, used to ‘refer to the ways in which markets were configured in part by economics,’ and as Nik-Khah notes, this usually means neoclassical economics. Still, McFall does go on to note that Callon’s ideas – which focus on the techniques, instruments and devices used to ‘perform’ markets – ‘involves much more than the causal potential of ideas, language and discourse.’ This still leaves a couple of interesting questions hanging, since most studies of performativity do concern neoclassical economists and neoliberal outcomes – so can heterodox (i.e., non-neoclassical economists) play a part in ‘enacting’ markets that are less neoliberal? (As social scientists from MacKenzie, to David Graeber have argued, markets can and have existed not only outside of neoliberalism, but outside of capitalism itself.)

It seems, perhaps, that we may soon find out. Or, at least, we may get an opportunity to see what happens when a heterodox economist is given the chance to ‘enact’ markets. Syriza’s much discussed victory in Greece has placed Yanis Varoufakis in the Finance Ministry and across the negotiating table from the European Central Bank. Varoufakis is an intriguing economist, who confirms Marx as the ‘undisputed master when it comes to comprehending capitalism’s internal contradictions,’ but also has time for Keynes’ observation that ‘once negative expectations grip the capitalist mind, drops in wages and interest rates will not restore growth.’ (In other words, crisis can lead to a ‘bad equilibrium’ rather than just a further entrenchment – or transcendence – of capitalism, as Marx envisioned.) That said, in the same blog he continued that ‘I genuinely believe that a Crisis is not the time to construct alternatives to capitalism.’ But perhaps we will get a different version of it in Greece? At the very least, we can expect that the often imputed but rarely deconstructed “neoclassical economics—neoclassically trained economist—neoliberal technocrat—neoliberal market” causal chain will not apply to Varoufakis’ Greece.

You are unlikely to find a more vociferous critic of neoclassical economics (or of post-modern social scientists who make social structures disappear and ape neoclassical-neoliberal thought by leaving you with only ‘the differences in individual whims and freely chosen identities’ – a tendency James Carrier has recently taken on in anthropology). Varoufakis has even done a fairly good job of disembowelling Thomas Piketty, for deploying in his final analysis ‘a particularly vulgar form of neoclassicism that jars terribly with his own social democratic pedigree’ and which assumes ‘the impossibility of involuntary unemployment, and the perfect incapacity of labour bargaining power.’ This, notes Varoufakis, will ultimately be harmful for those who, like him, believe capitalism to be on an unsustainable path, and worse, may prove easy prey ‘for today’s, or tomorrow’s, equivalent of Robert Nozick.’ As Greek debt talks with the European Union continue – Varoufakis is refusing to commit Greece to debt repayment deadlines that are independent of its economic performance (for that way more austerity lies) – Varoufakis seems intent on overturning what Wolfgang Streeck terms ‘the rise of financial markets as a second constituency of democratic states,’ leading the claims of creditors (holders of state debt) to take precedence over those of citizens. If he succeeds, we may then find out whether anti-neoclassical economists really can make anti-neoliberal markets.