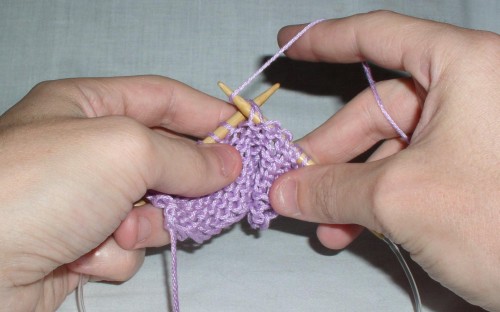 In college, I double majored in both women and gender studies as well as sociology, It was not until the spring of my sophomore year, however, that I was introduced to the sociological theory of doing gender, by West and Zimmerman. Since then, I have utilized their theory, along with concepts of “undoing,” “redoing,” and most recently, Kristen Schilt’s concept of “doing heteronormativity.”

When I was considering what I should write for my post this week, I was inspired by George Byrne’s post of an old paper that he wrote during his undergraduate studies. Rather than posting an old paper however, I went back through my old papers and stumbled upon a paper that I wrote on doing gender, examining a series of observations I made of men doing their gender and masculinity in a female space– a knitting warehouse– and below I offer a summary of my paper’s finding, as well as a my newest understanding of my previous work based on my new understanding of doing, undoing, redoing gender, masculinity, and heteronormativity. Not only is gender ever only done, but gender is constructed as a result of power structures.

Originally used as a tool for survival, knitting produced clothing and other forms of protection such as nets. The earliest woven garment capable of being studied, a woolen sock, dates from the Bronze Age (Kiewe 1969). Women, surprisingly, were not the only ones who knitted. Sailors and fisherman, male-held occupations, were among the first knitters. They repaired nets with knit stitches and fulfilled clothing needs. Knitting also allowed long hours while at sea to pass (Watterson 2010). Knitting quickly spread as a communal effort, because all members of the family would knit goods to send to their troops at war. The slogans “Make do and mend” and “Knit your bit” enforced the practice (Stoller 2003). In many countries, knitting served as a source of income; men and women knitted, knowing it “yielded a poor pittance, but it was the next best thing to starvation.”

It was not until the Victorian Age did knitting become a gendered craft. The Industrial Revolution made production of clothed goods cheaper and faster than hand-knit products, leaving people less time to knit and more time to work and causing knitting to lose its profitability (Barrago 2010). Women who stayed at home became anxious for a purpose and expression of the self, so they knitted to cure their nervousness and hysteria (Pearl-McPhee 2005). Only the wealthy women, however, could afford such a luxury as time to knit. Rather than an occupational and survival tool, knitting became a feminine pastime. As knitting became a feminine gendered activity, knitting as the activity also adopted society’s assigned characteristics of the female gender. Turney explains a gendered dichotomy between “‘sporting male bodies’ that ‘display taut, rippling muscles’ and ‘discipline and strength’ [were used as] canvases for soft, supple ‘sporty’ knitted cardigans” (qtd. in Schley 2009).  She hypothesizes the “hypersexuality of knitwear” and how it is marketed – men cannot be passive knitters, but rather the masculine receiver of these delicate hand-made gifts that symbolize the love and emotions that went into its labor.

While I originally concluded in my paper that these men are knitters, a typically female activity, they are doing gender by either removing themselves from female associated spaces or by overcompensating by taking up as much space as possible and asserting their masculinity, I now believe that they were not consciously doing or undoing gender. Rather, by knitting, they are expressing feminine qualities that are not available to them in the gendered structure that impacts our lives, and therefore redoing gender as proposed by Connell (2010). These men’s actions may be observed as feminine gendered, but other things such as gestures, projects, color choices, clothing, and interaction, may remain masculine. In this case, it is not a matter of doing or undoing gender in the consciousness of a person, but rather, how a person perceives another person doing gender, which therefore reinforces and constricts gender behavior as an institution because of interactions: It is the eye of the perceiver versus the actor.

Yancy-Martin explains that as an institution, gender cannot be destroyed but rather adapted. The idea that a person is attempting to “undo” gender is ineffective because that person is still perpetuating gender norms. A male may be participating in a female activity, but by recognizing it as a female activity, the gender dichotomy is still enforced. The male knitters I observed, whether consciously or unconsciously doing or redoing gender, are expressing supposed feminine qualities that are reinforced by a gendered social structure, which defines our actions. Despite whether or not knitting makes a man masculine or a man feminine, according to the social institution, gender is one or the other, no in-betweens. In today’s society, male knitters may appear feminine or masculine, but either way, they are doing and redoing gender.