What Responses to Charlottesville Revealed About America 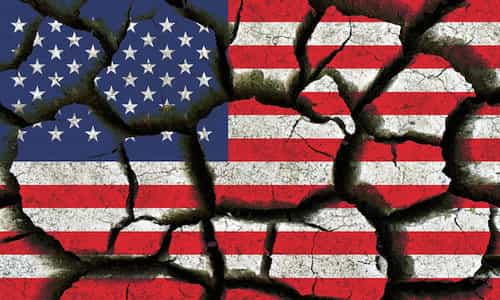 On the night of August 11th, white nationalists held a torch-lit pride parade through the University of Virginia in Charlottesville. They were met with counter-protests, and the demonstrations descended into a melee.

The next morning, these same organizers held a “Unite the Right” rally in Emancipation Park, centered on a statue of Confederate General Robert E. Lee that had been scheduled for removal. Once again, battle lines were drawn, and a fight ensued. This time, the white nationalists were driven back by the counter-demonstrators and then dispersed by police.

While most of the others in the nationalist camp were retreating, one young man aligned with the movement rammed his car into the crowd of counter-demonstrators who were celebrating their victory—killing one and injuring dozens of others. Two state police officers assigned to help contain the unrest also perished en route when their helicopter crashed.

The method of violence deployed against the counter-protestors in Charlottesville seemed to draw inspiration from a string of ISIS-aligned attacks involving motor vehicles. In fact, ISIS claimed responsibility for an incident that occurred days later, when terrorists piloted a van into a pedestrian zone in Barcelona, Spain—killing 13 people and wounding more than 100. It is a common tactic of ISIS to try and “one-up” atrocities committed by others while frenzy about the initial attack is at its height, in order to divert the massive public attention and outrage towards their own cause instead.

In this instance, ISIS was unsuccessful because President Trump’s subsequent remarks–which seemed to praise many of the ethnic nationalist demonstrators as “very fine people,” and to place ethnic nationalists and those protesting against them on equivocal moral standing—generated immense blowback from across the political spectrum and seemed to suck the oxygen away from all other stories.

However, for social scientists symmetrical incidents such as those in Charlottesville and Barcelona can often serve as the basis for “natural experiments”—for instance, to explore whether public reaction to terrorist acts seems to vary in systematic ways when one key variable is changed, such as the ideology or cause of the perpetrator.

My extensive research on this question shows that progressives and conservatives tend to respond to terror attacks in sharply divergent ways—with the biggest contrast occurring when the attacker is either a Muslim or an ethnic nationalist.

When the attacker is a white non-Muslim, those to the right of the political spectrum suddenly grow much more interested in casting a wide net of blame, and in exploring the broader milieu from which the incident emerged—so as not to lose sight of the legitimate grievances which often underlie sympathy with extremist groups and help motivate extreme acts. They call on the media to avoid blanket characterizations about others who seem to share some version of the attacker’s ideology, and instead want to treat the violence as an isolated incident, carried out by a twisted individual.

Meanwhile, those on the left demand that the act be explicitly described as terrorism, and publically denounced by their political rivals. They stress the importance of calling out the ideology behind the attack, and rooting it out wherever it thrives–offering no quarter or compromise. They disparage anyone who challenges these tactics as either dangerously naïve appeasers or cynical closet sympathizers of the terrorist or his ideology.

And of course, when the attacker is a Muslim, each side of the political spectrum takes the opposite tack.

In this period of unprecedented political polarization, acts of political violence tend to drive Americans further into their ideological corners rather than drawing us together out of a shared sense of loss or against a common threat—at least this is the case for most of us.  Yet a strange interdependence has formed between ethnic nationalist and Muslim extremist groups.

Each relies on reactionaries from opposite sides of the political spectrum to escalate the conflict further and to raise its perceived stakes—even as each type of extremist points to the other as proof of the righteousness and necessity of their mission: Why is it necessary to deport foreigners and Muslims, or to rally behind “Western” culture, history and heritage? Look at ISIS! Why should Muslims support an extremist group that ostensibly aims to resist or destroy “the West”? Look at how they abuse Muslims and disparage Islam!

In a political environment where fear and anger have grown so pronounced, the hardest thing to do is also the most important: refuse to give the terrorist what he wanted. Don’t blast his name and picture across the media, don’t delve into his personal story and journey towards extremism. Don’t amp up talk of a zero-sum “culture war” and exaggerate the influence or threat posed by “people like him.”

In the aftermath of Charlottesville many have expressed interest in more aggressively attempting to disrupt or forcibly suppress events and censor the speech of those who seem to hold ethnic nationalist views—such as when black-clad militants aligned with the Antifa movement recently attacked what the Washington Post described as “peaceful right-wing demonstrators” at UC-Berkeley.

This is also likely a mistake:

The available evidence suggests that manoeuvers like these will only make the ethnic nationalist movement seem more effective, subversive and (therefore) compelling to their target demographic—and more legitimate to the general public–while increasing the incentive for violence, and propensity towards violence across the board.

Meanwhile, Republicans will be empowered to exploit any legal and normative precedents progressives set while attempting to silence ethnic nationalists in order to target left-aligned movements instead—for instance, by defining Black Lives Matter or the Boycott Divestment and Sanctions initiative as hate groups. Right wing parties have already deployed this tactic to great effect in Europe where restrictions on speech and assembly are much more robust.

To avoid falling into this trap, the best approach for progressives would be to instead heed the sort of advice they usually offer to others for combatting Islamic terrorism: focus on eliminating extremist groups’ raison d’etre by meaningfully addressing the suffering and apprehension driving so many Americans to these movements at such alarming rates.

Granted, it requires immense magnanimity to respond to profound demonstrations of hate like those witnessed in Charlottesville and beyond with even more radical expressions of compassion. But as Van Jones put it in a recent interview with Pacific Standard, “It’s absolutely unfair—and necessary…for the oppressed to take moral account of the needs of their oppressor.”

From an emotional standpoint, it would be perfectly understandable if progressives were not up to this task. However, the reality is that if Trump’s opposition cannot find some kind of common ground with a noteworthy subset of those who voted for him, their own electoral prospects will remain bleak and this madness will likely continue—and grow worse.

Musa al-Gharbi is a Paul F. Lazarsfeld Fellow in Sociology at Columbia University and a research associate for Heterodox Academy. His primary research areas include social psychology and cognition, sociology of knowledge and epistemology.