The Anatomy of a Bubble 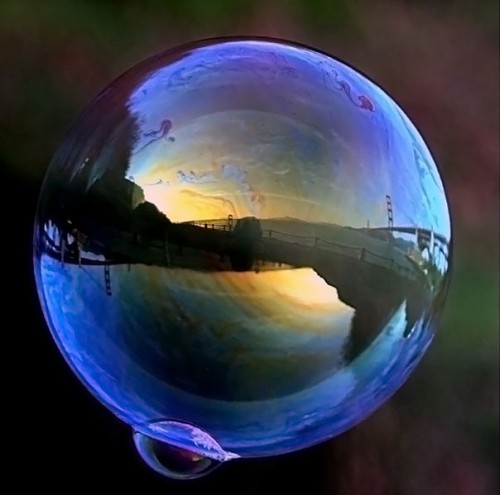 On January 9th, the Economist magazine addressed the fear that current economic conditions will lead to market bubbles… again. With the  combination of high prices, low interest rates and huge deficits these fears may be justified. The recovery of the global economy will dissuade authorities from raising interest rates and may incentivize investment in risky assets. The article explains that bubbles start with a “displacement” or a shock to the financial system such as the introduction of a new technology that in turn creates the rational for widespread investment. Next comes rapid credit growth “which inflates the bubble” and as investors borrow money to purchase more of the asset, the price rises, justifying the investment. With rapid growth comes the hysterical notion that the price will continue to rise but, as we have seen, the bubble must eventually burst, generally when the asset runs out of new buyers. As for the present situation, the article explains that while some argue (notably, Allen Greenspan) that it is impossible to predict a bubble, if the interest rates of developed countries stay low, bubbles are likely to emerge somewhere. What to do with this information is a far more complex debate.

While this Economist article provides us with the financial nuts and bolts of an asset bubble, Jacqueline Best attempts in, “How to Make a Bubble: Toward a Cultural Political Economy of the Financial Crisis” to take an analytical approach to the process that combines the literature of sociologists, anthropologists, and geographers, “adding a cultural dimension to critical political economy, bringing economic insights to the cultural turn in IR, and emphasizing the political character of cultural economic processes.” It is the goal of the author to marry accounts of bubble formation as presented in the Economist with those of the average person whose bubble is quite literally burst buy the process- reminding us of the ways that everyday aspirations such as home ownership are at the center of such a crisis.

Best begins by addressing the symbolic practices of finance. She explains that financial tools such as rankings and credit ratings only make sense within the social context that has given them their specific meanings. It is easy to understand the symbolic nature of such tools but it should be emphasized that they are not passive in nature and not only are financial professionals involved in their use but lay people (i.e. homeowners) are as well. We actively participate in a culture that builds these structures from the ground up and imbues them with deferential meaning. As part of our culture rather than simply a financial structure, the meaning of these symbols becomes incredibly visceral.

Perhaps at the heart of asset bubbles, however, is the desire for inclusion. Best explains that cultures tend to be particular in that they are shared socially but are not universal. Therefore, cultures can create boundaries between those who are included and those who are not. Culturally, asset bubbles form when the perception is that everyone can be a member of the “club.” In reality there are degrees of belonging all based on an individuals symbolic criteria (credit ratings, etc.)

By drawing parallels between the complex financial practices and the cultural elements of the creation of an asset bubble, Best, in some ways, opens a new avenue of discussion around what can be done besides continuing to blow bubbles. She asks us to consider what kind of cultures of political economic practice we wish to create and what hopes we will build.

Read “Asset markets: The danger of the bounce” on the Economist.com

Read “How to Make a Bubble: Toward a Cultural Political Economy of the Financial Crisis” in International Political Sociology