"Hope" and "change" don't pay the bills – and for that, the democrats will pay 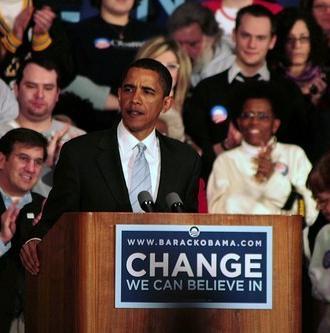 In the last presidential election, “hope” that Washington could be a less partisan and ultimately a less corrupt and more transparent place, coupled with a longing for “change,” propelled Obama into office. That, and an intense disappointment with the previous administration. However, the economic meltdown and the generally painful economic situation for a large number of Americans has lead even many Obama supporters to question whether anything is actually different and whether our president can be pragmatic and effectual in difficult times. This had lead, for instance, one woman at the recent CNBC question and answer session with the President to say: “Quite frankly, I’m exhausted….defending the mantle of change I voted for.” 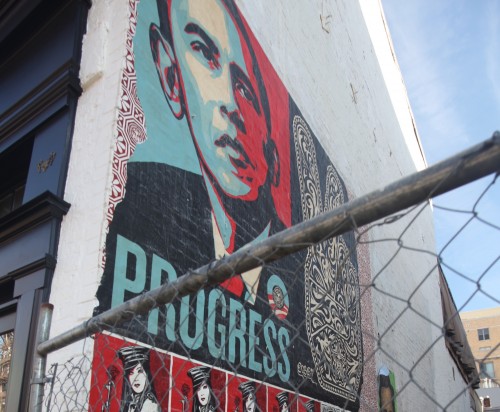 She, in fact, rattled off a list of exhaustion, including how unpleasant life is for many “middle class” Americans today. Most are in historically unheard of debt, even if they don’t have college loans (but if they do, it’s even worse), many are losing their houses, some are reportedly even resorting to food banks because they simply can’t make ends meet. And this is in the middle class.

This CNBC press conference, largely because the audience consisted of Obama supporters, calls into question what those who voted for Obama are feeling about the economic situation. Who do you blame when things are bad if you voted for the person in charge? And, if I’m unemployed, caring about hope and change may not only be irrelevant now, but it may anger me that those were the more intangible values upon which I based my feelings in the last campaign. Not wanting to direct my feelings of frustration at myself, the party I voted for and the politicians I had a hand in electing will surely bear the brunt of my anger. Social psychological studies inform us that we are more likely to attribute blame to others or external forces for bad consequences and think of ourselves as having a role in the ones that prove to be useful or have a positive outcome in some way. So, I might feel good about the Democrats’ role in health care reform and feel as though my vote had something to do with it, but when it comes to the economy, the death of soldiers in two wars, etc., I might instead blame the administration and likely the President as the figurehead. And, what does this mean for the the 2012 political season? Frustrations are high and people don’t want to blame themselves, so they blame the administration (and that’s the Democratic supporters!). Looking forward to the next election, I have to wonder if there’s any way for the democrats and the President to escape this blame game unscathed.