Carbon offsetting: back from the dead

Back in 2006, before ‘foreclosure’, ‘credit default swaps’ and ‘double-dip recession’ became terms we needed to worry about, climate change was an issue that actually had some traction in popular culture. This was the year that An Inconvenient Truth was released, a film which, unusually for an apocalyptic documentary, actually made an impact. Not only did Al Gore’s film highlight the issue of climate change, but it also made viewers aware of they could do to make a difference.

That film, along with George Monbiot’s book ‘Heat’, also released in 2006, had quite a profound influence on me. And apparently I wasn’t the only one. 2006 was also the year of David Cameron’s famous ‘hug a huskie’ photo-op, when – as new fresh-faced Conservative party leader – he visited Svarlbard in northern Norway to witness the effects of climate change on retreating glaciers and declining arctic pack ice. While that media stunt was mocked at the time, it helped Cameron to rebrand the conservatives as modern, as compassionate, as people who understood the problems of the time.

To avoid accusations of hypocrisy, Cameron bought carbon offsets for his flights to Norway. Perhaps he’d watched An Inconvenient Truth? Research by Jacobsen found that, in the US at least, people who had seen the film became far more likely to buy offsets. Was the ‘Al Gore’ effect working? 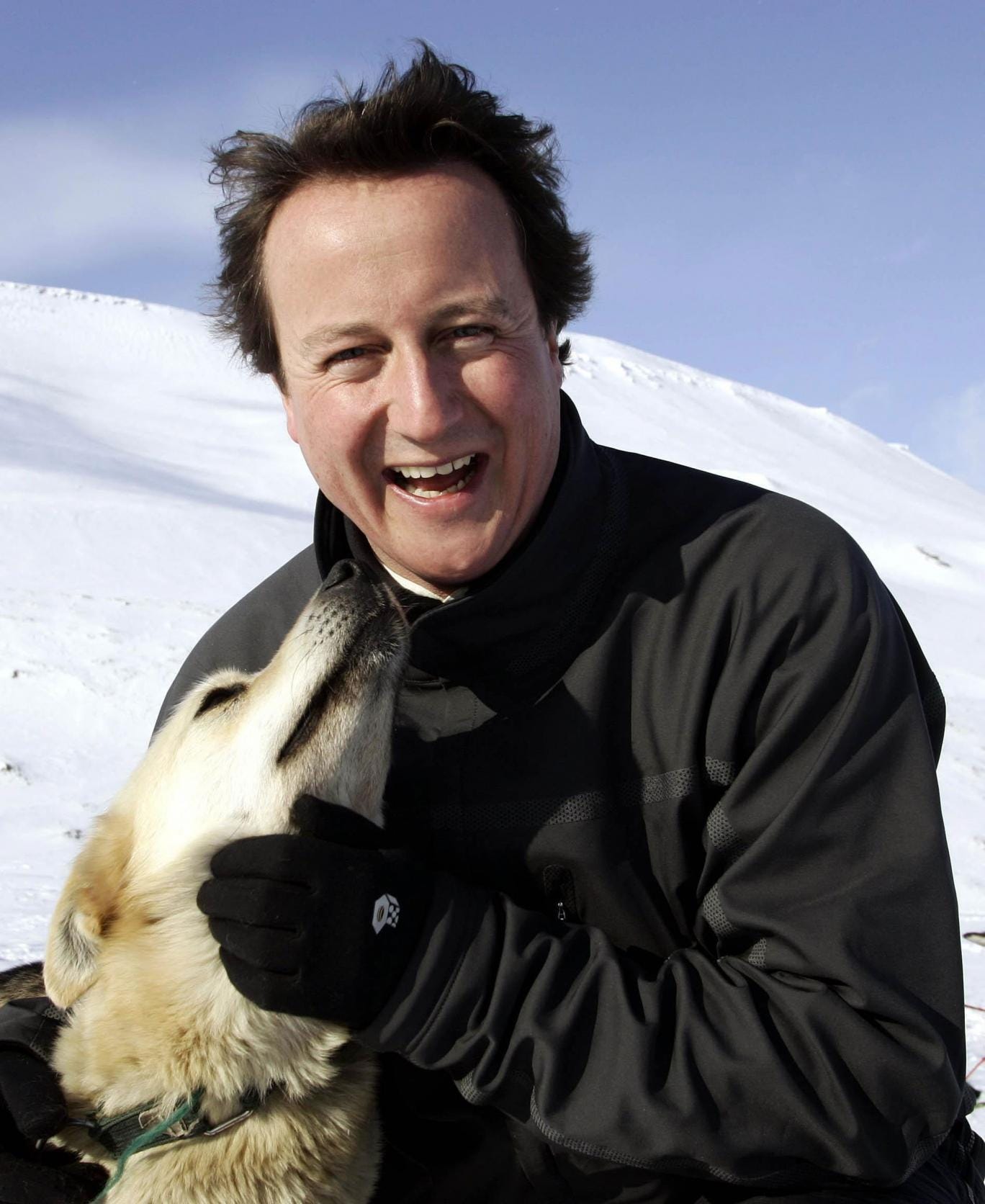 For the uninitiated, carbon offsetting means calculating the carbon produced by a certain activity (e.g. flying), putting a price on that carbon, and paying someone to reduce the same amount of carbon from the atmosphere (e.g. by planting trees). It’s controversial because ethically, it means we can carry on consuming happily and just pay a fee to green our consciences, and because there is always the possibility of middle-men fraudulently gaming the system (e.g. taking offset cash and not actually planting those trees). However, it’s probably better than doing nothing about our flight’s emissions. (I’ve written more on it here.)

Ten years ago, there appeared to be a growing demand for offsets, and not just among media-savvy politicians. Perceiving a shift in the zeitgeist, many airlines launched their own carbon offset schemes in 2006 and 2007. Air France, Virgin Atlantic, British Airways, Cathay Pacific, Delta, KLM, Lufthansa, and even budget carriers like Easyjet and Flybe jumped on the offset bandwagon, promising customers that, for a small fee, we could all fly ‘carbon neutral’ – we could have our cake, and eat it.

But those green, heady days weren’t to last. The great crash of 2007/8 meant that, very quickly, climate change was pushed out of popular debate, and ‘the economy, stupid’ was back with a vengeance. Cameron’s time as prime minister is now remembered for austerity (and maybe a certain referendum) rather than as “the greenest government ever”.

And as for carbon offsetting? That also seemed to have died a quiet death. Many airlines discreetly ditched their offset schemes from their websites. A few scandals about misplaced offset funds, and a few actively anti-offsetting campaigns, allowed people to tell themselves, quite conveniently, that carbon offsetting was probably a waste of money (even though it’s pretty cheap).

I do still buy offsets for my flights, using one of several well-established and well-audited providers (Carbon Footprint, Atmosfair and Climatecare, for example). But I’m one of the very few individuals who do. UK government departments offset their flights (to set a good example presumably) as do quite a few companies (for CSR reasons or to market themselves as ‘zero-carbon’ firms), but largely, carbon offsetting has become marginal and invisible, an interesting green experiment that seems to have had its day.

But guess what, it’s back. And soon to be bigger than ever.

Let’s go back a bit… The problem with air travel is that it is, in essence, a fossil fuel industry which guzzles an eye-watering amount of oil – about a billion barrels – every single day. The second problem is that we love flying and more of us want to do it, meaning the number of aircraft in our skies is set to double by 2035. The third problem is that unlike other sectors where there might be a greener alternative (wind not coal, electric cars not ICEs, LEDs not lightbulbs etc etc), there is no current way to transport hundreds of people across thousands of miles quickly across the skies, without burning lots of dirty kerosene. Hmm.

Politically, aviation’s been a special case for a while. As an inherently global and complex industry, it was, like shipping, given special status and excluded from both the Kyoto protocol and last year’s Paris CoP. Thus far aviation has had no limits placed on its emissions, a situation which has seemed increasingly untenable as other countries signed up to stringent emissions reductions at Paris, and because if aviation were considered a country, it would be the 7th highest polluting country in the world.

So it seems as though the industry has finally, belatedly, stepped up to the mark. In Montreal on October 6th, the regulators of the aviation industry, the International Civil Aviation Organisation (ICAO) agreed a landmark deal to try and limit emissions from flying, post-2020.

Guess how they’re going to do it? That’s right, through carbon offsetting, quite literally on an industrial scale.

The new scheme is called CORSIA, or the Carbon Offsetting and Reduction Scheme for International Aviation. The idea is that countries’ airlines will be given allowances to emit carbon, and if they go over their allowances (which they will) then they have to buy offsets from other sectors.

As with most global environmental deals, the devil is in the detail. And there is a lot of detail. One weakness is that the scheme won’t come into force until 2020, and it will be only voluntary until 2027, and then there are many (mostly developing) states which will be excluded for years to come. There is also no formalcap on emissions and no commitment to limit global warming to 1.5 degrees, 2 degrees, or anything.

Secondly, the deal does not mention what kind of offsets will be accepted. One concern is that there might be ‘double-counting’ of offsets which would have happened anyway. For instance, could the UK pay Ecuador to not chop its rainforest down, so that BA and Virgin can keep flying? What if the rainforest was not going to be chopped down in the first place? Does that still count?

Thirdly, are there enough offset schemes in place to satisfy the demand? So far, carbon offsetting and carbon markets have been relatively small, but with aviation needing to buy millions – or even billions – of tonnes of carbon credits, where will they all come from? How many extra trees can we plant on our already-stretched land resources?

Some projections show that, should we wish to avoid a 1.5 degree temperature rise, aviation will take up a quarter of our total carbon budget by 2050. As other sectors become cleaner, aviation will stand out like a sore thumb.

I don’t have the answers. Other commentators, such as the influential NGO Transport and Environment, suggest that following the EU’s more stringent emissions trading system (ETS) model for flying – involving caps and eventually, much higher fares – would be better than CORSIA. For now, given the complexity of the industry, we should perhaps be happy that at least, at last, something is being done about its contribution to climate change – by dusting off the idea of carbon offsetting.

Offsetting means shifting the burden onto someone else, in another place, at another time. I do wonder when – or if – the regulators, the airlines and we the passengers will ever shoulder that burden ourselves.