No Time for Blind Optimism 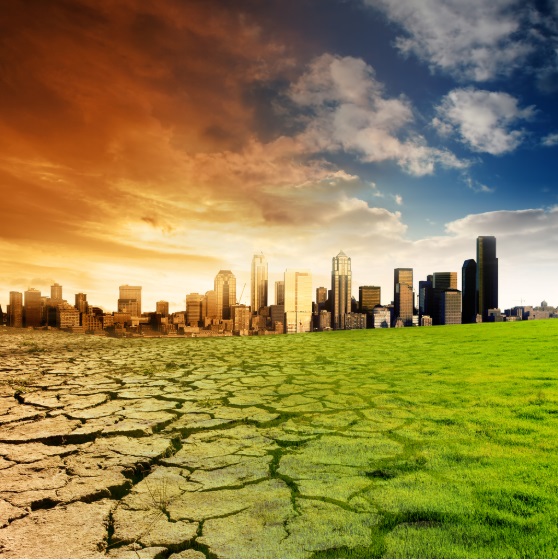 The world is facing the most serious health catastrophe since 1918.  A global pandemic—one that many medical authorities warned would happen sooner or later—is here.  The coronavirus travels quietly, widely, and can have deadly consequences.  At this writing, well over 1.5 million people have been infected and close to 90,000 have died.  Compare this to the SARS epidemic of 2002-2003 which infected 8,098 people and killed 774 or the 2014 outbreak of the Ebola virus which infected 18,000 people and killed 7000. The Coronavirus is cataclysmic in comparison.

Yes—there were concerns and warnings of a pandemic in the air. But did we heed them?  Are we doing all we can do?  And if not, why?

Several years ago, I wrote a book entitled Never Saw It Coming: Cultural Challenges to Envisioning the Worst. In it, I argued that cultures—American and Western European cultures in particular—are plagued by a commitment to “blind optimism.”  For most people, worst-case scenarios are invisible because we have learned cultural lessons that edify optimism and background worst cases from sight.  In fact, we have developed long-standing cultural practices to accomplish this.  We banish, seclude or shun the worst—prisoners, the sick, the mentally ill. We cloud the worst, keeping such cases shadowed by a barrage of best-case images. (Ever notice how best of this-or-that lists outnumber worst lists twenty to one?) We recast and redefine the worst so it seems better than it is. (Make lemons out of lemonade, right?)  These practices have implications.  When cultural lessons direct us to emphasize the positive, they prioritize the storage of sunny-side images in individual and collective memory. This makes best-case scenarios easiest to access when faced with social events—including disasters and traumas.

As we face this global pandemic, I wondered if my thesis deserved revisiting.  After all, we have witnessed some degree of panic, which suggests people are considering worst case scenarios.  People are stockpiling groceries, paper goods, and hand sanitizer; they are wearing masks in public places; many are self isolating, etc.  Turn on your TV or radio or surf your favorite Internet sites.  It is Corona virus 24/7.

But, even at this writing, not everyone is panicked and some only took precautions when forced to by state, local and federal decrees.  Despite severe warnings in late February and early March, “spring break” in Daytona looked much as it has for the past several years. Tours of the cherry blossoms at the Washington DC tidal basin were surprisingly crowded.  Bars and restaurants were closed only in mid March. And, at that time, when the virus was living in nearly every U.S. state, people were still going to the gym, the movies, barbers and beauty shops—all harborages of viral exchange.  In my home state of New Jersey, several summons and arrests have been delivered to people who insisted on public gatherings despite orders to shelter in place.  (Indeed, New Jersey Governor Phil Murphy has initiated the “Knucklehead List” in order to stigmatize those who insist on public gathering.)  France, Spain, Germany and Great Britain were also late to the game in initiating quarantine measures, with streets bustling until mid-March.  In Italy, the infection rate soared before people became willing to self-isolate. The video, “I’m speaking to you from the future,”  brings Italy’s dire reality home.

As the Corona virus spreads, people are acting much as my research predicted: This will never happen to me.  According to a PBS News Hour/Marist poll taken in February when the problem was amply covered in the media, only 56 percent of Americans said they were concerned about the spread of the virus and 55 percent said they were not too concerned about the virus spreading in their specific communities.

A month later, a USA Today poll showed that less than half of Americans (47%) believed that the coronavirus outbreak posed a high threat to the stock market or the global economy; less than one in five believed it posed a high threat to them personally.  Only 25% expected to stop attending public events and only 17% expect to cancel a personal trip.  A March 17th NPR/PBS Newshour/Marist poll, one conducted as states began quarantine orders, showed that about 40% of respondents felt that the Corona virus was being blown out of proportion.  Many people have no idea who to contact or where to go should they experience symptoms. The numbers seem real to me, not only because of my research, but because of my own behavior.  I do my virtual cocktail hours and virtual teas.  We talk about feelings of isolation and difficulties getting supermarket goods.  We never talk about the potential of getting the disease and certainly never talk about dying from it.

Individuals are not alone in this blind optimism.  Many governments—the U.S. among them—ignored CDC and WHO warnings, failing to secure necessary testing equipment, treatment spaces, and extra ventilators.  This scenario is very similar to the organizational behaviors I studied in Never Saw It Coming. I compared disasters (SARS, Y2K) monitored by organizations that had a weblike structure versus disasters (the 9/11 Phoenix Memo and the Challenger disaster) controlled by organizations that followed an M-Form (or hierarchical) structure.  A weblike structure has certain characteristics: it encompasses, global, regional, national and local bases; the “control center” views service and coordination as its mission and gives all parts of the web some degree of autonomy; the boundaries between all parts of the web are porous encouraging multidirectional communication and cooperative action.  An M-Form structure behaves quite differently.  Power runs “top-down.”  The peak of the structure exercise strict control and limits the autonomy of all other parts of the structure.  Boundaries are rigid and communication is often unidirectional—orders come from “the top” and feedback from “those on the ground” is often ignored.

In my research, I found that organizations with weblike structures minimized disastrous consequences much more successfully than organizations with M-Form structures.  Knowing this, organizations like the WHO or the CDC—both weblike—will simply be more effective than any national government in minimizing the damage caused by the Corona virus. (Many governors seem to know this for, at this writing, they are following the guidelines of these organizations more faithfully than are federal officials.)

What do we do with this knowledge?  My research has taught us three things extremely relevant to the current situation.  First, don’t panic, but don’t ignore worst case possibilities.  As unpleasant as it may be, take some time to prepare someone to help with your job duties should you get sick, to make a family plan should a relative become ill. As frightening as it may seem, have an advanced directive in the ready.  Most importantly, check CDC preventative guidelines daily and follow them religiously. If you do these things now, as uncomfortable as they may be, you will be prepared for the worst.

Second, write to your congress members and the White House and urge them to support the directives of the WHO and the CDC.  Encourage your state and local officials to follow CDC and WHO directives as well.  In addition, urge greater funding to these organizations—not simply a restoration of recent cuts, but long term increases to these organizations’ budgets.  (Singapore is a good example of a country that stood prepared because they invested in their health organizations before the disaster arrived.)  These weblike organizations know how to deal with disasters and should always be steering health-related ships. At this writing, both the White House and a handful of state officials are questioning the need to self-isolate and the duration of self-isolation. The White House is also threatening to withdraw funding of the WHO—an action that would be potentially catastrophic for any health crisis, now or in the future.  Thankfully, others like Anthony Fauchi and governors like Andrew Cuomo are desperately trying to make people take the pandemic seriously.

Finally, ignore misinformation coming from those whose politics trumps their obligation to public health.  This is not a contest; it is a race for life.

Karen A. Cerulo’s articles appear in a wide variety of journals, annuals and collections.  She also is the author of Never Saw It Coming: Cultural Challenges to Envisioning the Worst (University of Chicago Press, 2006), Deciphering Violence: The Cognitive Order of Right and Wrong (Routledge: 1998), and Identity Designs: The Sights and Sounds of a Nation – winner of these Culture Section’s “Best Book Award, 1996” (The Rose Book series of the ASA, Rutgers University Press: 1995).  She co-authored Second Thoughts: Seeing Conventional Wisdom through the Sociological Eye (Pine Forge Press, 7th edition, 2020), and edited a collection entitled Culture in Mind: Toward a Sociology of Culture and Cognition (Routledge, 2002).   Professor Cerulo served as the Chair of the ASA’s Culture section and functions as the section’s network coordinator and director of the Culture and Cognition Network.  She is a former Vice President of the Eastern Sociological Society and the current editor of Sociological Forum, the flagship journal of the Eastern Sociological Society.  In 2013, She was named the Robin M. Williams Jr. Lecturer by the Eastern Sociological Society and she also won that organization’s 2013 Merit Award.
Author contact: cerulo@sociology.rutgers.edu