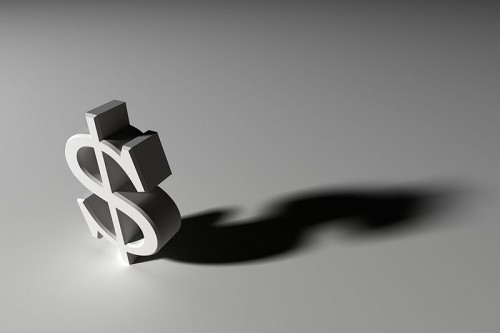 There can be little doubt that because of the current economic conditions, a large part of society has undergone considerable strain. Whether discussing unemployment rates, downsizing, closed up businesses, or market trends, it seems that little has been left unaffected by these financial times. Of concern for this post is how schools, specifically secondary schools, have had to adapt to and deal with the economic state. Often making top news reports on major broadcasting stations or making the front-page of newspaper outlets, it is not uncommon to hear of another school having to face financial cutbacks and crisis. It is the budgetary tightening within schools that this post considers; more specifically, when facing budget cuts, what policies and programs are left in place and which are discarded.

A mentor and I are currently writing about the financial context of certain school practices and policies. When discussing school budgets, the primary concern is with which programs – on a continuum of being financed – receive budgeted funding given both the economic situation of the school and, more broadly, the larger economy? Stated another way, are there programs and policies that remain funded while others are cut, and if so, what is the reasoning or rational behind how budgeted funds are distributed?

Over the last decade or so, the public discourse surrounding ‘saving the arts’ in schools has gained steam. For example, the Music Education Advocacy Resource Center was established among many others to protect music programs from being removed from the education curriculum. They report that: “Music education programs in California have received a disproportionate number of cuts compared to all other subjects between 1999 and 2004”. A quick look at secondary schools also reveals a similar story with more developmental and counseling based programs. According to Ingerson, “Keeping new teachers in education is a serious problem. After the first year of teaching, 14 percent of teachers leave their field. After the fifth year of teaching, 46 percent leave their field”. While similar resources may be removed from school budgets, it seems that other, less devepmental, initiatives remain in place.

This insight becomes all the more problematic as schools must stretch every dollar and consider all policies and programs to adapt to today’s harsh economic conditions. No doubt a microcosm of larger economic crises, schools may now face significant budget cuts, decreases in funding, and an overall lack of support. This financial tighten has no doubt limited the number of school personnel, high-quality full time educators, educational resources, and avenues for student development. Despite the little economic slack in school budgets, there is no indication that school performance has sidestepped public and political attention. This comes at a time when a premium is given to test scores, school rankings, proficiency scores, and student placements. Schools may now be forced to run a race that they are ill equipped for. More now than ever, it appears that schools are under more pressure to achieve high standing and compete in high stakes competition although left with diminishing resources to do so.