“Disgruntlement” and Protest Movements in the Trump Era 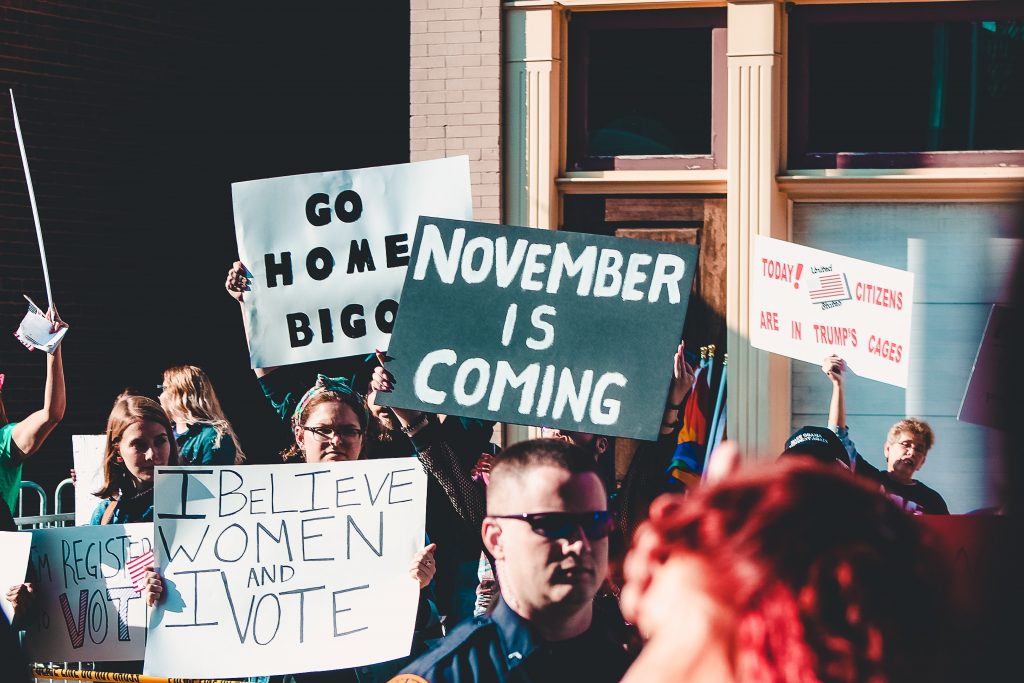 In their recently published article, “Protest Movements and Citizen Discontent: Occupy Wall Street and the Tea Party”[1], Martin et al. seek to explain how and why citizens support broad-based protest movements like the Tea Party or Occupy Wall Street.  Unlike social movements with clear constituents and defined goals, movements like these lead us to wonder why some individuals participate and not others.  Deviating from conventional frameworks that point to the extension or dislocation of political ideologies as social movement catalysts, the authors make several conclusions.  First, broad social movements are motivated by a feeling of “disgruntlement”-which they define as the feeling that one’s needs cannot be met or represented by current parties.  Disgruntled citizens are thus more likely to participate in these movements.  Furthermore, the authors argue that protests allow citizens to channel their ideologies in particular directions, not because of specific goals, but in order to identify “friends” and “enemies”.  Movements like Occupy or the Tea Party are therefore most effective in their ability to identify individuals who will advance or impede a cause.

It strikes me that this framework might be useful to understand our current political era and the many protests it has sparked.  Since Trump’s inauguration, the country has witnessed several movements with large support, yet perhaps vague intentions and boundaries.  The March for Science, for example, was spurred by the Trump administration’s policies on climate change.  Since its inception in April 2017, the movement has held two national protests, hosted public science outreach and advocacy programs, and acquired roughly 700,000 followers on their Facebook page.  While the movement has particularly attracted leftist citizens, March for Science describes themselves as a non-partisan which emphasizes science’s role in upholding the common good and the importance for evidence-based policy.  The broadly defined purpose of the movement accompanied by its bipartisan nature thus mirrors the type of movement Martin et al. discuss.

The March for Science is not alone; in January 2017, the Trump administration’s policies and discourse on gender sparked the Women’s March.  Similar to the March for Science, the Women’s March is not strictly aligned with a particular political party but generally describes their purpose as “harnessing the political power of diverse women and their communities to create transformative social change”[2]. Furthermore, the movement centers around several principles, including reproductive, LGBTQIA, worker’s, civil, disability, and immigrant rights.  Thus, despite the fact that the Women’s March may attract a particular demographic, their goals are broad and far-reaching-much like Occupy Wall Street.

It thus appears that the United States may be undergoing a prolonged period of “disgruntlement”.  The overrepresentation of conservatives in Congress has meant that Democrats have little power in either the House or the Senate during a time when young liberals are also increasingly calling for Democrats to adopt more progressive agendas [3].  American citizens may thus be left with a feeling that something is wrong without feeling secure that there is a force for change.  Martin et. al’s framework illuminates how, once again, this political dead-end has sparked such broad social movements. While the March for Science and the Women’s March have raised public awareness of these issues, they have perhaps been most effective in regard to their ability to unite Americans and identify those who stand in the way of progress.  The iconic “pussy-hats” or the many quippy protest signs circulated on Facebook have become clear identifiers not just of one’s political affiliation, but their orientation towards this particular political moment.  They are, in essence, a way of identifying friend and foe.

Martin et. al’s argument thus allows us to extend our understanding of these protests beyond a traditional movements framework. Subsequently, perhaps as sociologists and citizens of a changing world it is time to see these movements (and the many others that accompany them) not only as a statement of generalized frustration but, also, a frenzied effort to surround ourselves with those who will take on the world with us, and identify those who will stand in our way.

Jessica Poling, M.A., is a Doctoral Student in the Department of Sociology, Rutgers, the State University of New Jersey