What can Harvard Business School tell us about gender in schools and business? 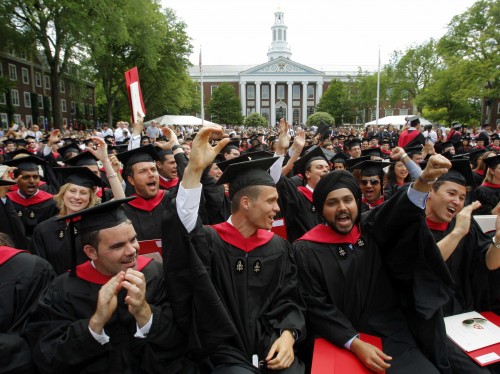 In a recent Sociology Lens post, my colleague Markus Gerke discussed the so called ‘Boys-Crisis’ in Education, and provides an excellent critique of anti-feminist stances that point to boys apparent underachievement in education. As he argues, these stances so often fail to account for gendered practices that occur in schooling and education, and by utilising feminist education studies and masculinity studies, the differences between boys and girls achievement can be explained much more accurately. Rather than inherent ‘qualities’ existing to either sex, in an essentialist view about what makes ‘boys’ and ‘girls’ the way that they are, certain classroom behaviours are viewed as more acceptable for boys or girls, in line with social and cultural understandings of masculinity and femininity. These expectations can be used to understand a great many behaviours – why girls are more inclined to read or sit quietly, or why boys may resort more easily to playing up in classrooms, all have in them inherent implications about what is gender-appropriate behaviour. In terms of understanding why girls and boys succeed in different areas, we simply have to ask whether the behaviour is ‘masculine’ or ‘feminine’.  Writers such as Bev Skeggs and Mike Savage have written extensively about how these categories also intersect with class: acceptable masculinities and femininities vary drastically according to class and background.

In reading Markus’ article I was struck by the similarities to the subject I intended on discussing in this post – the evidence of gender inequalities at Harvard Business School and how they are being addressed. Harvard Business School were the subject of a front-page article in the New York Times last month, when an article by Jodi Kantor revealed that the school, one of the most prestigious academic institutions in the world, had restructured their curriculum, assessment criteria and even social rules and regulations in order to attempt to address a gender imbalance and encourage female success.  Before the changes were implemented they were finding persistent inequalities: Women were performing at equal levels to men in written papers but falling far short did on participation based criteria. Much like in the classroom, the acceptability of masculine or dominant behaviour compared to feminine behaviour creates a culture that more easily supports ‘masculine’ ways of being. Recent sociological work into gender and networking practices calls this “mobilising masculinities”, referring to the practices that occur between men that bring masculinity/ies into play, often unwillingly, and have either an exclusionary or devaluing effect on women and femininity. It appears then that this gendering of acceptable practices does not disappear as we look further up the educational ladder.

The problem that both of these articles raise is how this culture can be tackled. Both require a pedagogical change to ensure that the way individuals are taught and assessed does not unwittingly benefit one gender, or reproduce a culture that is biased. This also has implications for other changes in how things are taught, for instance there is now much debate around how technology should be used in the classroom to engage young people more effectively, such as through the use of computer games or twitter. These changes have the potential to level the playing field or drastically skew it, depending largely on how the technology is used and, most importantly, how aware the education providers are of the potential biases these tools can create. In the case of Harvard Business School, the changes they made to the assessment critera seemed to drastically improve women’s success. However what is crucial to note is that their ‘experiment’ involved examining the entire culture, not just the specifics of assessment. By seeking to tackle a gendered culture across the social life of the school, they were able to, at least partly, regain some gender balance in the outcomes.

Gender differences are more complex than a simple comparison between men and women, and it is only by looking at the broader culture surrounding practices that any move towards solving them can be made. In discussing the Harvard case it was also noted that by becoming more sensitive to gender, the culture within the school bore less resemblance to the ‘real’ business world. The professors ask; “Are we trying to change the world 900 students at a time, or are we preparing students for the world in which they are about to go?” It can only be hoped that the former will continue, and that other institutions will follow suit.