Students protest in Puerto Rico, but where's the news coverage?

Two weeks ago, my post, the 40th Anniversary of Kent State: a gap in our historical knowledge?, addressed the reasons why we remember certain events and not others. As a current example of the way in which history is created, I offer the example of the protests that are taking place at the University of Puerto Rico and the lack of media coverage of said event. When the violence at Kent State broke out,  there were no online news outlets, no blogs, no video phones. Vast systems of information diffusion are currently at our disposal and a nearly constant stream of news filters into our world. And yet, still, only some events are covered – some incessantly, in fact – while others are not. 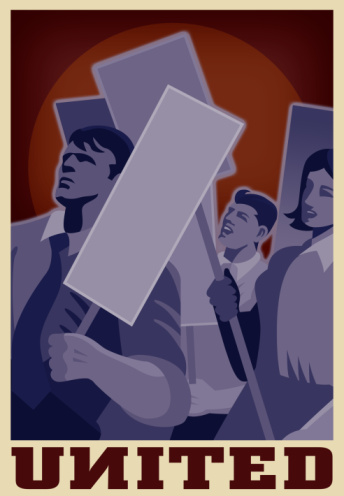 The extent to which the media affect our perception of events and how history is recorded is so significant that it is almost unknowable.

A few days ago,  a professor at the University of Puerto Rico posted an intriguing bit of information and I only saw it because he’s a friend and it appeared on his Facebook page: There were protests taking place at UPR. Further, students had settled in at the University and Police were surrounding the property. A father of one of the protesters had been injured by police and tensions were escalating between students and the police. The university, in fact, had been shut down for months leading up to this situation – summer classes had been canceled, dorms evacuated. Where was the media coverage? I logged onto the New York Times website. In fact, I would soon discover, my friend had written in to the Times specifically because there had been no coverage of the protests. I searched Google and the only articles that seem to exist are those linked below from a local PR paper and from a Taiwanese paper. The only discernible mention of the protests by the Times is by Mariela Ramos, a resident of PR, who wrote an online letter in response to another Times article, “The Forces Move on Protesters as Tension Grows.” Her letter appears here:

“The students of the State University of Puerto Rico have been on strike for 22 days. Yesterday, the strike vote was ratified by the students at an Assembly, and today the Police is not letting food or water in, as a coercive method for the protesters to give up their struggle. A parent was hit and arrested for throwing food over the gate. Violence may erupt any minute, as Police officers surround the entrances and await for the order to enter and move the protesters by force. The world should know this is happening right now in American territory.”

My friend’s letter to the Times included the following:

“Riot Squad forces have surrounded the main Río Piedras campus since Friday, where the students who have led the strike are now being deprived of access to food and other supplies. The university administration has taken an unprecedented measure of closing the campus for over two months…canceling summer session courses entirely. Student residence halls have been evacuated and shut…It has been reported as far afield as the Taiwan News, yet, evidently, very few US media outlets have deemed the story newsworthy”

This is no small event. While it seems unclear why the media have not picked up on this situation, especially given the 24-hour news cycle, an important element of sociological inquiry has to do with how things become non-events. What makes the protests in Thailand events, while the one in Puerto Rico is not? The relegation of this situation to non-event status also means that it will likely not figure prominently in historical record. This is an interesting opportunity to see not how something becomes an historical event, but rather how something does not. If the US media would pick up on this story, there would be a greater likelihood that the national consciousness would be raised about the protests and people might remember the incident for years to come. It is highly likely that Puerto Rican history will include these student protests, since the media there is covering the story. Perhaps the legacy of Kent State is not irrelevant to current generations of students, but if the media doesn’t cover the situation at UPR, how would they ever know it?