Undertones of Recursivity: My Quest for Empirical Studies That Move Beyond Hybridity 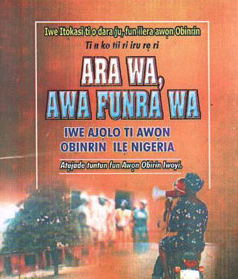 Source: Our Bodies, Ourselves

For a long time I have been interested in how cultural products, ideologies, commodities, norms, values, and beliefs travel within an interconnected global society.  I struggled with questions such as, “What happens when cultural product move from one global locality to another?” and “What happens to the cultural ideologies embedded within these products as they travel?”

I found that previous scholarship often presented the movement of cultural products and ideologies as a linear process.  Hybridity and ‘glocalization’ models, such as those presented by Robertson (1990) and Pieterse (2001) did take this analysis one step further.  Here local culture also merged with the imported cultural ideologies creating a compound ideology. These models provided a theory of understanding how cultural products become embedded in different cultural contexts without minimizing the power of local culture.

However, what these studies did not address is that within the context of a global society, cultural movement has a more recursive character, meaning that as a cultural object, or product, travels from one locality to another they are constantly developing and being shaped by complex and contingent negotiation that occurs as they move.

The recursive model suggests that the intercrossing of reception and preferences can shape production both at home (nationally) and in future transnational distributions. This model is rooted in the theory of Anthony Giddens, who argued that, “Human practices are recursive-through their activities individuals create both their consciousness and the structural conditions that make their activities possible” (1984:2).

I have been searching for empirical studies that examine how cultural products and ideologies travel within the context of a recursive model.  Recently, I came across Kathy Davis’ The Making of Our Bodies, Ourselves: How Feminism Travels Across Borders (2007).  Davis’ argues that her examination of the travels and history of a nonprofit women’s health education organization and the foundational text Our Bodies, Ourselves (OBOS) illustrates not only how culture travels, but additionally how the emergence of a new perspective of a globally connected world society has altered cultural flows.  The text seemed promising.  It seemed to move beyond the linear, beyond the hybrid, and into the realm of the recursive.

Davis illustrates how shortly after Our Bodies, Ourselves was released in the United States, demands for copies arose across diverse global communities.   In most areas there was a preference for adapted versions of the book, which were more inline with cultural customs, censorship laws, and national health care policies.  However, direct translations were produced in localities where resources were limited.  In either case collectives abroad often faced significant social, political, and cultural obstacles in translating and adapting the controversial book.  Despite concerns related to cultural imperialism, women’s groups abroad adapted, modified and used OBOS as a model to fit their own social, political and cultural needs in over 25 languages.  These translations themselves began to travel, sometimes resurfacing in the United States among diasporic communities.

This use of translated texts in diasporic communities and the travels of translated texts was what struck me.   It seemed like the ideal place to illustrate the recursive nature of cultural flows.  However, Davis does not examine these phenomena in detail.  These juicy voyages are simply stated towards the end of the book with no examination of their impacts, successes, or failures.  Thus, I was left feeling that Davis’ book was an excellent study of hybridity, with recursive undertones.

I have found these recursive undertones are common in examinations of cultural flows.  The fact that so many empirical studies of transnational flows are haunted by elements of recursivity, suggest the importance of examining cultural travel through a recursive lens.  So, I continue to search for research that looks at the possibility of recursive cultural flows.  I know that if scholars find recursive relationships in economic flows and international law, then it must exist in  cultural  movement.

Davis, K. 2007. The Making of Our Bodies, Ourselves: How Feminism Travels Across Borders. Durham: Duke University Press.

Giddens, A. 1984.  The Constitution of Society: Outline of the Theory of Structuration.  Berkeley: University of California Press.