The Queer Life: Surrounding Myself in Queer Culture and Queer Spaces 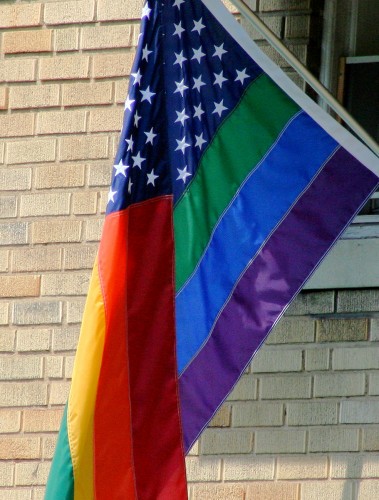 Over the past few months, I have been deep in the throes of my thesis- conducting, transcribing, coding, and analyzing interviews- on homonationalism and scripting of student identities in study abroad. While my findings are still very preliminary, there has been a series of answers that have really stuck with me regarding “queer culture” and “queer space.” If you read my post about what homonormativity is, then you know that it involves the depoliticization and privatization of sexuality, while all in the name of heteronormativity. In this new norm, then, where is queer space? Is there a queer politics? Should there be a queer life?

In one interview, I had a participant discuss their desire to surround themselves as much as possible with queer friends in queer spaces discussing queer things. They talked about how their parents asked them why they must always surround themselves with “gay things.” They responded that the majority of space and culture is heteronormative (I was shocked to find out that they knew the word “heteronormativity,” let alone use it); it is a straight culture that has began to allow queer individuals live in it. Their choice to surround theirself with queer friends in queer spaces doing “queer” things (in which he discusses LGBTQ rights clubs), is their active choice to reject the heteronormative structure that limits their ability to truly be theirself.

As they was saying this, I thought about a book that I read in the Fall of 2012, Finding the Movement, by Anne Enke (2007). Enke argues that feminist spaces, or physical and social geographies, were created and are structured around gender, race, class, and sexuality that, in turn, shaped and exceeded feminist identification. Spaces such as bars, warehouse or dollar parties, coffeehouses, and bookstores become the location in which feminists sought to directly change inequality, generating a movement against the day-to-day physical, and consequently social and symbolic, barriers that they faced. Issues such as violence, health, access to information, and sexual and gender expression, among others, drove women to create new public institutions oriented around women’s needs, resources, and wants and thereby create a “massive groundswell of feminist activism by directly intervening in the build environment” (7). Enke argues, “We might pay more attention to people’s embodied but not static locations in a world of ‘constitutive sociality.’ Rather than holding identities responsible for causing divisions, a spatial analysis instead sees the consolidation of identities as an effect of spatial practices” (9).

She goes into depth in one part of her book discussing The Soul Sisters, an all-female, black, lesbian softball team. She argues that the softball diamond became a contested space of activism because of the resulting political actions taken by the seemingly apolitical softball team, who just wanted to play ball. Applying this logic in modern-day homonormative structures, I feel pulled between the historical significance, queer space, and radical politics of the LGBTQ movement (thinking of Stonewall and Compton’s Cafeteria; lesbian communes, bookstores, and clubs; the Castro and The West Village; and Pride for example) and the subtle inclusion of the LGBTQ community presently. While yes, the current political movement of the LGBTQ community may be depoliticized in terms of “in-your-face” radical politics, is there a manner in which our apolitical actions still contest and challenge the heteronormative framework? Are there still current queer spaces and a (however diverse) queer culture?

One of my interview questions asked about their thoughts between being “gay” and living a gay lifestyle. Many of the respondents talked about how studying abroad really was not informed by their sexuality, yet that component of their life cannot be removed from their everyday actions and decisions. Every time they decided whether or not to come out to someone or to go visit a local queer space or not, for example, they were making decisions however subtly, about how they choose to contest heteronormative spaces. While yes, I was disappointed to hear that some of my respondents did not even know the historical importance of the Pride Parades and had no interest in them because they were “too gay,” it was the little, mundane forms of comportment that were seemingly apolitical that still made an impact on the space that they inhabit.

This is all to say, while not everyone may obsess over The L Word and have a rainbow HRC bumper sticker or march the streets for equality, even within a depoliticized queer culture, there is something to be said about having a queer space. There is a way to contest heteronormativity within, it just may not appear to be so at plain sight.