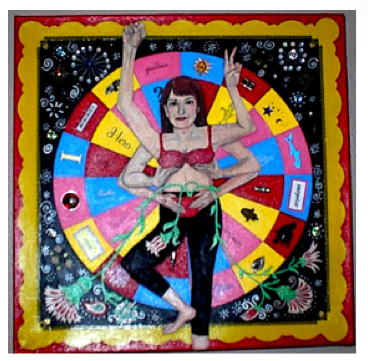 Full Disclosure:  I am a feminist.  It never crossed my mind that there might be anything problematic about labeling myself this way since I have openly articulated my interests in gender issues and social, political, and economic equality since my early undergraduate days.  Of course, I knew that researchers had shown women today often reject the term “feminist” (McRobbie 2004; Rowe-Finkbeiner 2004; Levy 2006). However, I somehow had convinced myself that these individuals were just not informed.  I truly believed that if men and women could critically examined the social construction of gender, see the ways in which gendered notions impact their lives, and take the time to critique these forces there could be greater understanding, acceptance, and embracement of feminist politics.

Last fall I found myself working on a project on women’s art.  I met with several female artists whose work examined, questioned, and challenged cultural gender expectations.  What I found utterly shocked me; within the art world, there are a number of female artists that use art as a vehicle to challenge gender inequality but are cautious, hesitant, or dismissive of being labeled as “feminist artists.” I found that many female artists believe that term “feminism” is so deeply connected to a stigmatized social movement that strongly reject the label even while creating feminist art.

As I reflected on my conversations with these women, I began comparing the experiences and arguments of two women.   These women’s thoughts led me to wonder if the term “feminism” needs to be augmented to adjust to women living in contemporary society or if it is time for another revolution. 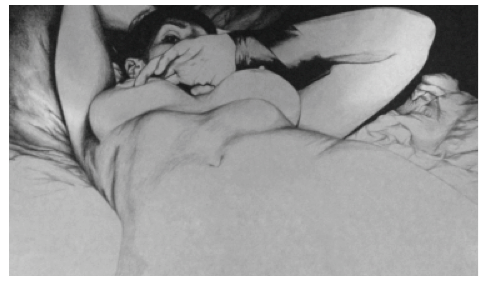 The two women I am describing responded to feminist art and feminism in vastly different ways. One woman defined herself as a feminist artist because she identified as both a feminist and an artist.  The other rejected the feminist label but was not always clear in her defining of feminism and feminist art.  When I asked this woman if she considered her artwork to be feminist art, she gave me a concerned look and told me she did not paint vaginas.

Both women stressed the importance of the feminist art movement, but one woman felt that it was part of the past, while the other viewed women’s empowerment through art as a timeless technique.  She often made these arguments from a global perspective, discussing the role of art in women’s movements in contemporary Central America, Eastern Europe, Asia, and Africa.

In our conversations, both women talked about gender inequality in the art world, but ironically it was the woman who rejected the feminist label so passionately that reacted the strongest and most emotionally to the expectations of women artists.  She told me about her person experiences with gallery owners who encourage female artists to present themselves as “attractive” and “sexy” as a useful mechanism for promoting work. 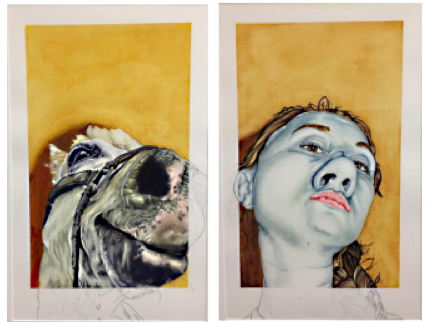 Initially, I was confused by these conversations.  Redefining economic, political, and social equality for women as some “non-feminist” word seems almost disrespectful to those who worked so hard to provide contemporary women and girls in the U.S. the opportunities we have today.  And it would be just ignorant to pretend sexism no longer exists in our society – even my non-feminist artist friend sees it in her life.  But is there a possibility that the fight for gender equality could exist on a feminist continuum as some scholars in women’s and gender studies have suggested?  Does something have to change?  And would allowing those who do not identify as feminist to be recognized under the umbrella of feminist ideology improve the fight for an egalitarian society or would it further stigmatize those who work for gender equality across the globe? 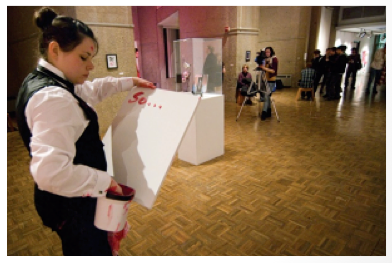 These are questions with which I continue to struggle.  I wonder why my personal struggle to identify as a feminist was so minuscule.  And how I should position this debate in my work, my classrooms, and my day-to-day life.