Will the LGBTQ Community Ever Become Ubiquitous? 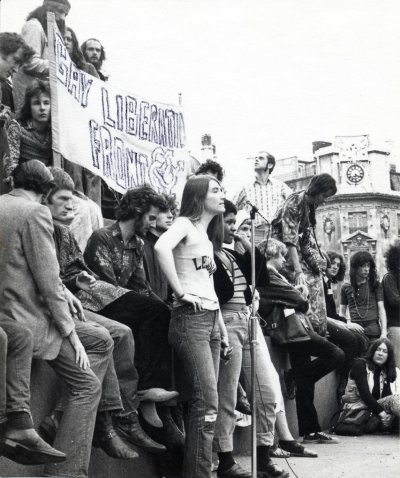 During the trials of Eric Garner, Michael Brown and others, my Facebook newsfeed was filled with a barrage of status updates about the refusal to indict the officers: I had “friends” standing behind the police officers and the law, and “friends” who were in line with protestors and the families of the victims. For the majority of the press coverage, I stayed quiet and did not take a side: but the time has come for the silence to be broken. I stand in solidarity with the families of the victims and the protestors. Although I do not have a J.D., I do realize institutionalized racism when it is played out.

As a gay man of color, the daily struggles of reconciling my identities to others, and myself, are rough enough. Since I am a fair-skinned man of color, it is a constant battle of racial and sexual identity politics. Who do I disclose to about my sexual identity? Do I always have to correct people who assume that I’m White? Why am I always pulled to the side at airports if I don’t shave? I could only imagine the experiences of people who cannot “pass” in society. Yet, struggle is struggle. So why is it that people, moreover White gay men, are reluctant to align themselves with others who struggle, even if they are of different backgrounds?

What first caught my attention was an article entitled Are White Gay Men Missing The Point? In this article, author Lane Hudson writes about the recent trials and White gay men’s silence about the protestors fighting for justice. Hudson calls out those individuals, as he claims the more “white and affluent,” to step up and help fight for equal rights. He, then, reminds White gay men of all their activism during Stonewall and post-Stonewall events. During the times pre/post-Stonewall, White gay men were angry about the way they were treated. These White gay men started groups, such as the Gay Liberation Front, to combat homophobia in the public sphere. Yet, was the first person that commenced the Stonewall riots not a transwoman of color? Why is it that when it comes to LGBTQ rights LGBTQ people of color are the first to stand in solidarity with their White counterparts, yet their white counterparts can’t protest for racial equality?

Reminiscent of Michel Foucault’s postulate of the “homosexual as a species,” many of the White gay men who started such activism forgot about intersectionality, and what it means to identify as LGBTQ and a person of color. Many of the White gay men who fought for gay rights usually came from middle-class families or higher. The first time these men faced any kind of oppression was due to their sexuality. To “come out of the closet” made White gay men visible for the first time. Their light skin afforded them the privilege to walkabout life without constant stares and judgment that their counterparts of color were subjected to everyday.

I’m sure if there was a trial pertaining to the harassment faced by a man in the YouTube video Three Hours of Walking In NYC as a Homosexual, White gay men would not have remained silent and complacent. The viral YouTube video is problematic in its portrayal of what it means to be a “homosexual” (it’s 2015, does anyone really use “homosexual” to describe their sexuality?) and, furthermore, it perpetuates the stereotype of what people believe a gay man should appear. Besides its flaws the video shows, what one can assume to be, a white gay man who is gender non-conforming harassed by people of color throughout the city. How is a LGBTQ person of color supposed to feel if their racial community is portrayed as homophobic/transphobic? Is this the belief that many White gay men hold, that only people of color are homophobic/transphobic? It seems the only time White gay men take a stand on any cause is when it pertains to their livelihood: one only needs to look at the battles for Marriage Equality. The fact that, now, 36 states have Marriage Equality is stupendous. According to the law, in 72% of the United States someone can marry their partner regardless of gender and sexual identity. Nevertheless, let’s not forget it was only in the 1960s when interracial marriage was permissible by law. However, the majority of the LGBTQ identified populace that benefits from such juridical change is still the White gay male community. How can the LGBTQ community become monolithic when everyone cannot stand in solidarity? What are other avenues, or routes that need to be created in order to fight the beast we know as privilege?