Gendering the Prevention of Bullying 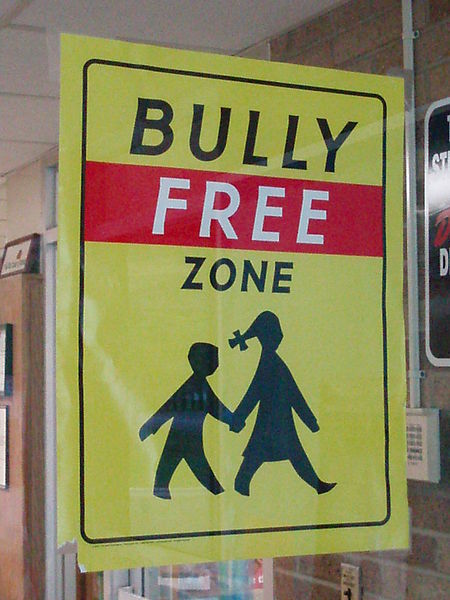 Did you know that October is National Bullying Prevention Awareness Month?  As such, the month of October is full of bullying prevention and awareness events.  The National Bullying Prevention Center advertises many of these events and hosts a great deal of information about bullying.  But, a major piece of the bullying puzzle is missing, both from their website and much of the national (and international) discourse on bullying.  That missing piece is gender.

A growing number of studies have begun to illustrate the links between bullying and gender.  Gender plays a role in both bullying perpetration and victimization.  Boys who do not conform to traditional notions of masculinity are more likely than their gender conforming boys or girls to be bullied.  Not only are gender non-conforming boys most likely to be bullied, but the bullying they experience is more often in the form of physical violence than that experienced by other bullying victims.  Meanwhile, boys who most closely identify with traditional notions of masculinity are most likely to perpetrate bullying.

But what about bullying among girls?  That, too, is linked to the ways in which we perceive and perform gender.  Girls who conform to traditional notions of femininity are more likely than their peers to socially and emotionally bully others.  In addition, the ways in which girls experience bullying is very gendered.  When girls are bullied, whether they are bullied by male or female peers, that bullying is often focused on the victim’s sexuality.  Girls may be bullied because they are perceived to be too promiscuous, too chaste… a no win scenario.  Indeed, much of the bullying that young girls (and often boys) face may more appropriately be labeled as sexual harassment.

Clearly an analysis of gender, both in performance and perception, should play a huge role in the discourse surrounding the prevention of bullying.  So why isn’t it?  Why is it that the National Bullying Prevention Center makes no mention of gender or sexuality in its lengthy definition of bullying?  Why is that StopBullying.gov, the US government’s official site for its anti-bullying efforts, lists being a sexual minority as a risk factor for victimization but makes no mention of sex or gender on any of their prevention pages?  Gender is largely missing from the mainstream discourse on bullying but if we are truly interested in stopping bullying, we must first be willing to at least talk about gender.

If you want to know more about the role of gender in bullying, check out TrueChild.org.  They have a growing database of research on the issue as well as a great white paper that lays out the basics.