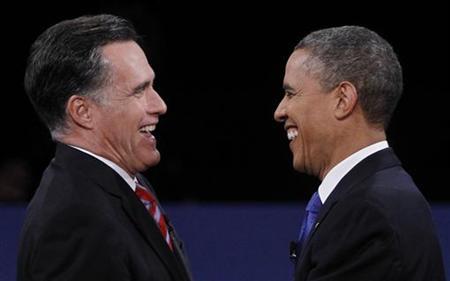 The presidential debates have raised some interesting and important questions about gender inequality in the U.S. Specifically, the second debate (transcript) brought up the issue of fair pay and equal wages for American women. While Governor Romney’s response—which involved “binders full of women”—rightfully took a lot of heat, both candidates could have benefitted from a brief lesson in the sociology of gender discrimination. Perhaps their aides will pass this on.Gov. Romney’s answer focused on increasing women’s participation in the workforce by creating flexible jobs to account for women’s household responsibilities. President Obama positioned women’s labor as a family issue too, but added that we also need to address educational opportunities. I’d like to start with the issue of education, and then address the question of work-family balance.

Education is a key factor for increasing one’s income and class position. But, education doesn’t pay out equitably for everyone. Women’s low representation in high paying jobs is not necessarily a result of their low representation in higher education. In fact, there has been much uproar in the past five or more years about a crisis in boys’ education—some even insist that society has declared a kind of “war on boys”—but there just is no evidence to support this notion. Although women are earning slightly more college degrees than men, men are suffering very few consequences. In fact, women must advance their educational attainment significantly in order to earn equal pay—for example, on average, men with a BA will earn about the same as a woman with a PhD (see some very revealing charts here). And the gap in earnings is made worse when we consider women’s struggles in particularly high paying fields like science, technology, engineering and math (STEM fields). Increasing women’s presence in these fields could make a serious dent in the gender wage gap because these jobs are among the highest paying, and they have some of the lowest occupational wage gaps of any career (see Gwen Sharp’s analysis here). And yet, even as women pursue advanced degrees in these fields, they remain much less likely than men to get these jobs. Yes, women face barriers in education, especially in STEM fields (a lack of role models and mentors, for example), and these need to be addressed. But women’s equality and equal pay depend on much more than increasing their access to higher education.

If it isn’t about education, then what else contributes to women’s unequal earnings? In fact, a big part of the problem are precisely what Gov. Romney wants to encourage—the burden of women’s household and childcare responsibilities. The normative expectation that women be the primary caretakers of children and elderly or sick family members contributes significantly to women’s workplace discrimination. In his answer, President Obama mentioned the sociological phenomenon known as the “glass ceiling”—an invisible barrier that prevents women from advancing past a certain rank, regardless of training or education. But what kinds of things contribute to the glass ceiling? At least in part, stereotypes about women’s parental and household duties and desires. Oftentimes, employers blame women’s career stagnation on women’s “choices”: choosing to have kids; choosing not to work overtime, weekends or holidays; choosing not to relocate for promotions. But these are not necessarily choices; they are the result of demands made on women by the conventional heterosexual family structure.

If women are children’s primary caretakers, then it is women who must pick them up from school, stay home when they are sick, and be available for parent-teacher conferences. While Gov. Romney wants to ensure women’s flexible work schedules so they are free to make dinner, this is precisely the kind of discourse that produces the glass ceiling. Employers want unencumbered workers (read: men), not workers who need to get home to cook. Men are unencumbered workers because they have wives who will pick up this second shift. This is a contributing factor in the wage gap between mothers and childless women; childless women remain unencumbered, at least in the eyes of employers.

Families with children are forced to make difficult decisions about childcare. With rising childcare costs, the obvious financial choice is often for women to stay home. If their jobs pay less, then families lose less if women quit working. Yet again, this “choice” reflects women’s structural disadvantage.

While it seems to me that President Obama’s plans tend to be better for both women and their families, I think both candidates need to be better informed on the complex factors that produce workplace inequality. I’ve managed to list just a few, but there are many more. And I’ve only described the generic, predominantly white, middle-class woman’s experience and haven’t even touched on the impact of race/ethnicity, class, and sexuality discrimination that complicate the picture exponentially. I hope that women’s interests are reflected in the policies of the next four years.