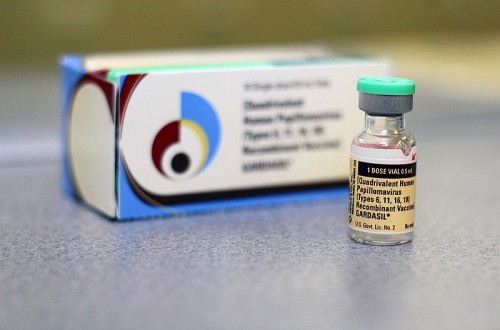 This week, the journal, Pediatrics, published an article on the relationship between rates of sexual activity-related outcomes and the Human Papillomavirus (HPV) vaccination. Specifically, the researchers set out to determine if HPV vaccination leads to increased sexual activity in young girls. Since the vaccine’s inception, some parents, medical officials, religious organizations and others have suggested that giving girls this protection from HPV will promote them to engage in sexual activity; the vaccination is essentially an endorsement for sex in the teenage years. This study puts some of those fears to rest: the injection of the vaccine is not associated with significantly elevated rates of sexual activity-related outcomes in young girls, specifically pregnancy, contraceptive counseling, and sexually transmitted infection testing and diagnosis.

This is great news. This study has the potential to calm the nerves of parents and other individuals invested in preventing adolescent sexual desire and activity, alleviating any anxieties that might prevent girls from getting this preventative medicine. The benefits to the HPV vaccinations are obvious. The vaccine, Cervarix, protects against HPV types 16 and 18, which cause cervical cancer. The other vaccine, Gardasil, immunizes against types 16 and 18, as well as types 6 and 11, which cause cervical warts. These medical advancements stand to have a real and positive impact on women’s health.

While Cervarix is approved for use only in women, Gardasil is approved for use in both men and women. Despite the approval of Gardasil for both genders, some researchers have noted the persistent association of the HPV vaccination with women (see suggested reading below). At least part of this association emerges from the history of the development and government approval of the vaccination. In 2006, after years of pharmaceutical research and development, the United States Food and Drug Administration (FDA) approved Gardasil. Soon after, the Center for Disease Control (CDC) made a formal recommendation that this vaccine should be given to girls, age 13-18. The agency reasoned that this age group could be protected from HPV before they even became sexually active. The benefits to women’s sexual and reproductive health were obvious and so the CDC thought the vaccine important enough to make a strong recommendation—it should be part of a girl’s vaccination schedule.

Yet, Merck, the pharmaceutical company behind Gardasil, had another population in mind: men. Perhaps motivated by profits, Merck began clinical trials of Gardasil in the male population, and by 2009, the FDA was satisfied that the vaccine was safe for men, too. Yet, the CDC wasn’t convinced that this vaccine was as necessary for boys, age 13-18, as it was for girls. And so, the CDC decided that the vaccine may be given to boys, rather than recommending that it should be part of a normal male vaccination schedule. The CDC reasoned that the vaccination of girls and women would be enough; over time, the virus would be eliminated from the population, as vaccinated women would prevent the transmission from one sexual partner to another. The CDC’s decision was backed by medical research, which showed that the costs of vaccinating boys far outweighed the benefits to the entire population. Vaccinating both boys and girls would not only be redundant, but would also drive health care costs up, a particularly undesirable outcome given the falling economic climate and the troubled state of health care in the U.S.

In 2011, the CDC added Gardasil to the normal vaccination schedule for boys, thereby making the requirements equal for both genders. Still, as the research published by Pediatrics reveals, it is not boys’ bodies and sexualities that are at the heart of the concerns over the vaccine. The association of this vaccine to girls and women persists. In my next post, I will consider some of the gendered issues and assumptions that maintain this link. In the meantime, I suggest reading this Sociology Compass article by Sarah E.H. Moore.