Sexting and the Criminalization of Teen Desire 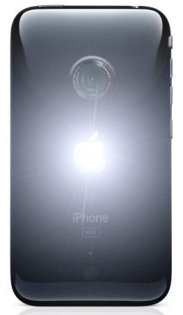 The New York Times recently ran an expose on teen “sexting” as a part of a slew of recent articles on the topic. Unfortunately, this article failed to take into account the fact that teens, especially girls, have sexual desire. A couple of quotes from the article:

“Having a naked picture of your significant other on your cellphone is an advertisement that you’re sexually active to a degree that gives you status,” said Rick Peters, a senior deputy prosecuting attorney for Thurston County.

Perhaps, but what about the fact that the teen might want to enjoy the photo for themselves, too? Inner-desire is continuously ignored in the article in favor of the view that teens (again, especially females) engage sexually in order to please others.

“You can’t expect teenagers not to do something they see happening all around them,” said Susannah Stern, an associate professor at the University of San Diego who writes about adolescence and technology. “They’re practicing to be a part of adult culture,”

Teens do not need anyone to tell them to play show-me-yours. More than practicing for when they get older, teens are also attempting to explore and enjoy their sexuality in the present. It is not just adults who have sexual desire. In fairness, the New York Times did run another article that quotes teens on the topic, who are clear that sexting is the result of desire. So, why do most articles dismiss this fact?

I can accept that culture influences sexual behaviors, I am a sociologist, but to not even bring sexual desire into a conversation about sexting is erroneous. Acknowledging teen sexual desire should be at the center of how to deal with the issue of sexting moving forward. We should be promoting sexual agency, not dismissing it. Better than shaming teens is to start a conversation around how to best express themselves sexually at their age.

There are consequences to this perspective that views teen sexual behaviors as not stemming from desire but instead only as something taught. Adults too often feel they can simply squash teen sexuality through shaming and even criminalization. A scenario described in the article and that is occurring all too often is that teens are being escorted from school in handcuffs, locked up and forced to register as sex offenders simply because they shared nude photos with a significant other their own age. This over-reaction demonstrates Michel Foucault’s point: that by seemingly ignoring teen sexual desire, we’ve only succeeded in turning it into an obsession.