Neoliberalism and Inequality: A Recipe for Interpersonal Violence? 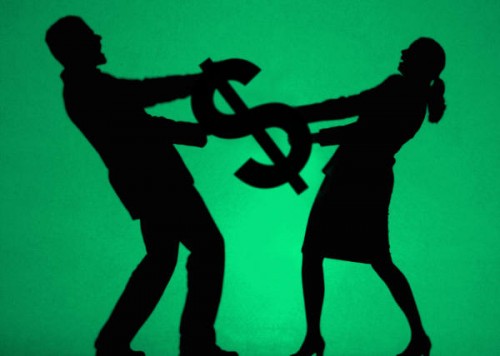 Based on recent research, there appears to be a link between the ideals of neoliberalism and increasing rates of inequality. Navarro (1998) argues, for instance, that neoliberal policies have contributed to growing inequalities around the globe and to worsening living conditions for the majority of the world’s people. For her part, George (1999) agrees and blames increasing inequality on the common neoliberal practices of placing public wealth into private hands, approving tax cuts for the wealthy, and pushing wages down for the non-elite. And, unfortunately, evidence suggests that inequality may mediate the relationship between neoliberalism and a third variable: interpersonal violence. In this regard, Krug et al. (2002:1086) write that “economic conditions [i.e., inequality] are both the causes and the effects of violence” with those on the poorer end of the spectrum experiencing the most violence. Other scholars, too, have found that inequality is positively correlated with violent crime rates (see Fajnzylber, Lederman, and Loayza 2002). Considering these findings, it appears that as neoliberalism becomes more prominent in a country, it can be expected that inequality and, as a result, interpersonal violence within that country will increase. In an attempt to demonstrate this argument, I will review these relationships before providing a brief case study to demonstrate how these variables may be interrelated.

The relationship between neoliberalism and inequality has been a contentious issue. Advocates of neoliberalism often argue that their ideology has been helpful in that it has reduced absolute inequality. While this may be somewhat true, this view is challenged by those who point out that relative inequality has increased alongside the supposed decrease in absolute inequality (Uvin 2003). Buttressing this claim, Coburn (2004) argues that neoliberalism itself is either unconcerned with or may actually endorse inequality. In a similar vein, Harvey (2003, 2005) blames the capitalist nature of neoliberalism for rising inequality. In particular, he writes of capitalism’s inequality-inducing penchant for “accumulation by dispossession” via suppressing the rights of the commons, commodifying labor power, suppressing all non-capitalist forms of production and consumption, appropriating assets, monetizing exchange and taxation, and initiating credit systems. Through these processes, Harvey writes that neoliberalism engenders inequality through the uneven development of states and through the restructuring of class power in favor of the elites. Wade (2004) concurs and argues that inequality both within and between countries has widened since about 1980, the time that neoliberalism really began to take off under Reagan, Thatcher, and Kohl. In spite of this, world leaders often defend this ideology and the inequality that it creates. Thatcher once quipped, for example, that “It is our job to glory in inequality, and see that talents and abilities are given vent and expression for the benefit of us all” (Lean and Cooper 1996:52). By such statements, leaders not only recognize the link between neoliberalism and inequality, they also legitimize it and present it as being both universal and normative.

Somewhat expectantly, then, research suggests that growing inequality brings about many social maladies. One of these more serious problems is interpersonal violence. In an analysis of the link between income inequality and violence, Fajnzylber, Lederman, and Loayza (2002) examined the relationship between a country’s inequality and its violent crime rate. Their results indicated that there is as a positive correlation both within countries and between countries when it comes to the association between inequality and violence. By controlling for other crime determinants, the researchers declared that there exists a causal link between inequality and crime. Despite Neumayer’s (2005) critiques of Fajnzylber et al.’s study, other researchers have also found a positive correlation between inequality and violence. Bourguignon (2001), for instance, contends that violence is often a byproduct of irregular or uneven economic development in developing countries. An increase in a developing country’s income inequality, he writes, tends to increase the criminality of its people. In a more specific explanation, Wade (2004) suggests that inequality leads to violence as unskilled men in unequal societies become increasingly aggressive in response to their frustration. Their social capital and trust hitting low levels, these frustrations can then boil over and result in violence.

In an attempt to demonstrate the relationships among neoliberalism, inequality, and violence, consider the case of Brazil. In the early 1990s, this country increasingly embraced the ideas of neoliberalism. Import tariffs were lessened, most non-tariff barriers were abolished, privatization was increased, and investments were liberalized (Amann and Baer 2002). Yet, despite these pro-capitalist changes and drastic improvements in inflation rates, Amann and Baer contend that Brazil’s neoliberal regime did not improve income inequality, a problem which has haunted the country for decades. In fact, the gap between the richest 10 percent of income groups and the poorest 40 percent of income groups has continued to increase since the introduction of neoliberal policies. Amann and Baer blame part of this widening gap on the reduction of employment opportunities in the industrial sector that occurred as a result of policies that favored privatization, technological advances, and, consequently, mass layoffs. As could probably be expected, urban violence rose dramatically in places like Rio de Janeiro and Sao Paulo during this time period. Similarly, Gawryszewski and Costa (2005) found that homicide rates were highest in the areas of Sao Paulo with the highest rates of socioeconomic disparities. In response to such problems, Amann and Baer conclude that Brazil needs the state to reemerge as a promoter of equality. 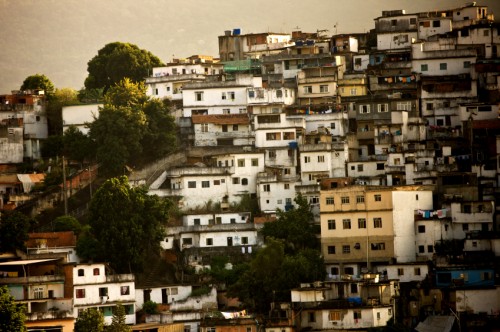 Considering this brief case review, it is hopefully easier to understand how neoliberalism directly contributes to inequality and may indirectly contribute to violence. By promoting inequality and disregarding the poor (Coburn 2004), neoliberalism increases the amount of social inequality found both within and across countries (Harvey 2003, 2005; Wade 2004). This inequality, research has shown, can then manifest itself in aggression, frustration, and, ultimately, violence (Bourguignon 2001; Fajnzylber, Lederman, and Loayza 2002; Wade 2004) just as it has done in Brazil. In an effort to dismantle this relationship, Krug et al. (2002:1086) write that “comprehensive approaches to violence prevention should include efforts to promote positive economic development, especially in ways that seek to reduce inequalities.” Yet, as of now, such a restructuring does not appear to be on the horizon.  This, of course, suggests that inequality and violence may very well increase in the decades to come.

Neumayer, Eric. 2005. “Is Inequality Really a Major Cause of Violent Crime? Evidence from a Cross-National Panel of Robbery and Violent Theft Rates.” Journal of Peace Research 42(1):101-112.