When is a public space private? Informed consent and online research 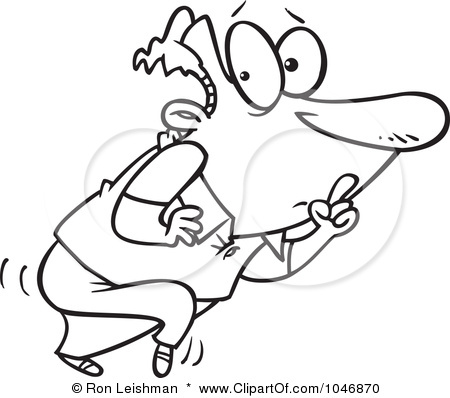 A vital element of the ethical discourse on human subject research is the process of informed consent. This recognizes the autonomy of research subjects by sharing the power of decision making with them. The informed consent process involves three components: relating the information to subjects; ensuring that subjects understand the information; and obtaining the voluntary agreement from subjects to participate. Researchers have the responsibility of determining what information should be divulged to subjects during the consent process.

A notable exception to the principle of informed consent is observational research, in which traditionally it has been accepted that behavior conducted within the public domain may be observed and researched without consent (British Psychological Society, 1993). The justification for this exception is to ensure that natural behavior is observed in its context, without contamination by the researchers’ aims and objectives. The public versus private debate is a long-standing issue in social science, the famous study conducted by Laud Humphreys (1970) which investigated the social background of men engaging in homosexual behavior in public facilities, is an example of how the perceptions of what constitute as public can be challenged.

Increasingly, personal information is volunteered online in social media and social networking sites such as Twitter. Beer and Burrows (2007) place this in the context of wider shifts in the sense and values of privacy, which can also been seen in other cultural and social trends such as reality television and celebrity culture (Beer and Burrows 2007). Individual and cultural definitions and expectations of privacy are ambiguous, contested, and changing. People may operate in public spaces but maintain strong perceptions or expectations of privacy. In other situations people may acknowledge that the substance of their communication is public, but that the specific context in which it appears implies restrictions on how that information can be used by other parties (Boyd and Marwick, 2011). This is widely discussed in ethics and internet research literature McKee & Porter (2009).

Online researchers have accepted that there are certain expectations of a degree of privacy by web users. Nissenbaum points out, that in mediated contexts “what people care most about is not simply restricting the flow of information but ensuring that it flows appropriately” (2010, p. 2). As noted in the 2002 version of the AOIR ethics guidelines, privacy is a concept that must include a consideration of expectations and consensus. When conducting research within such shifting terrains, when there is no consensus, or even assumption of consensus, the AOIR suggest that Nissenbaum’s concept of contextual integrity (2010) is a valuable construct. The accessibility of online discussions may suggest that they are freely available in a public arena; however, some researchers question whether the availability of information on the Web necessarily makes this information public. For example, it has been suggested that ‘lurking’, in which researchers covertly collect data online, encroaches privacy and creates an unequal power relationship (Grinyer 2007).

However, some researchers interpret cyberspace to be part of the public domain since the types of web activity they observe are as accessible to anyone as a television or newspaper interview. These researchers believe that the responsibility falls on the disseminators of the messages to filter out what they might consider revealing or private information (“Virtual Community Presence in Internet Relay Chatting,” in Journal of Computer-Mediated Communication, 1999 5(1) ).They adopt the position that this type of research should be exempt from the informed consent requirement.

With no clear direction about when informed consent is necessary in online research, further work is required of researchers and ethics committees to identify cogent distinctions between what is public and private.