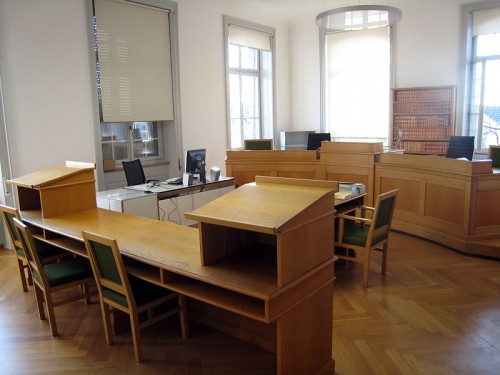 In mid February 2011 The Guardian newspaper published an edited version of David Faulkner’s contribution to the United Kingdom’s Centre for Crime and Justice Studies’ report “Lessons for the Coalition” which was written in response to the first report of the National Preventative Mechanism – a new body set up under the optional protocol to the UN convention against torture. The National Preventative Mechanism’s report highlighted problem areas in the UK’s approach to mental health, resources, vulnerable groups such as women, children, those with disabilities and those who misuse drugs or alcohol, the size of the prison population and the right to dignity.

Mr. Faulkner’s contribution to the Lessons for the Coalition report asks, specifically, what can be done to improve the criminal justice system in a time of austerity? He highlights the shift in approach to criminal justice in terms of expected outcome. He charts a shift from moderation and restraint in the use of punishment to also making the system fairer and work better rather than also working to understand how to solve the problem of crime through more effective policies. He notes that despite some overall improvements, “there is still confusion in the courts, especially over sentencing; a prison system in constant crisis; and continuing demand for reforms in the police and penal system.”

In an effort to move forward in criminal justice improvements in a time where the funding for a variety of public policies is under scrutiny, Faulkner discusses the emphasis on partnerships and collaboration between government departments, local authorities, statutory services and the private and voluntary sectors. In this way, rehabilitation can continue to be a central focus but with greater consolidation of efforts through collaboration rather than the bureaucratic duplication of processes. However, he is also careful to point out that there are some important gaps that will need to be tended to- particularly in the connection made between rehabilitation and the social conditions enabling crime to take place, including deficiencies in other areas of social policy.

It is precisely this gap that concerns sociologist Rebecca Tiger. In her article “Drug Courts and the Logic of Coerced Treatment”, published in the March 2011 issue of the Sociological Forum, Tiger examines how scientific theories couple with moral considerations to create a more “enlightened” approach to the incredibly complex problem of addiction. In examining the model of coerced treatment through drug courts Tiger highlights the rehabilitative and repressive approaches that characterize the criminal justice system in the United States.

The article describes the drug court model as one that seeks to address the underlying causes of addiction why retaining the coercive power of the court system. Advocates of problem solving courts emphasize the benefits of this system in taking a more comprehensive approach to the problem of drug use and decreasing the prison population while maintaining the courts supervisory powers.

However, Tiger expresses reservations about the emphasis of the system on the complete medicalization of addiction. The disease model upon which drug courts operate argues for advanced judicial control. However, Tiger shows that far more than medical, the current model is behavioral. While medical theory can explain susceptibility it does not offer explanations for a cure. She explains, “Drug courts emerge in an environment where scientific theories about the effects of drugs on the brain predominate but in which addiction’s manifestation is seen through behaviors considered to be associated with, or the outgrowth of drug use.” With this inconsistency in mind she notes that in her interviews advocates express no concern with the greatly expanded powers of judges in such systems and that they may be wielded in potentially dangerous ways.

Tiger’s article articulates the problem in that focusing completely upon medical designations of drug use it is effectively de-politicized; removing considerations of race and class and separate problems of deviance from social inequality. Once these considerations are removed the construction of the systems understanding of the problem is put in the hands of the same body that manages the punitive repercussions. She concludes by pointing out that in their current form, drug courts present an alternative to incarceration that still bolsters the overall “war on drugs” mentality but does little to address the underlying social and political failures that fuel the perpetuation of drug use.

In light of Tiger’s arguments, Faulkner is right to call for a measured embrace of rehabilitation. While it is an important consideration it is only one aspect necessary for overall improvement. Tiger notes that some states in the U.S. are considering using the drug court model of coerced treatment and intensive supervision for mental health, juvenile justice, homelessness, and domestic violence. While this approach may show the immediate economic gain of lowered incarceration rates, the overall affects of a single pronged approach in public policy that does not attack the root of social issues will likely cost more in the long run.

Read, “Criminal Justice Reform in a Time of Austerity: What needs to be done?” in the Guardian

Read, “Drug Courts and the Logic of Coerced Treatment” in The Sociological Forum