IBM's Watson on Jeopardy! Blurring the Line between Humans and Technology 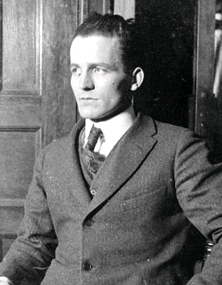 To the left is a 1917 portrait of Thomas J. Watson, founder of IBM. A few weeks ago, IBM debuted its latest supercomputer, named after this giant of innovation (Watson), on the TV game-show Jeopardy! Though it seemed as though Watson was standing in between the two other competitors on the show, as Jeopardy! provided the computer with the same electronically-equipped podium as the other contestants, and even wrote “his” name on said podium, the brains behind this powerful supercomputer capable of answering complicated trivia questions, in fact, looks a great deal like the computer to the bottom left, one of the original IBM machines from the 1960’s. Like this primitive machine, Watson is monstrous, though certainly more “brilliant” than the room-sized machine that was too cumbersome for anyone to actually own as a personal item. Watson roundly defeated former Jeopardy! champions. Though I won’t dare pretend to be schooled enough in technology to delve into the details of Watson’s inner workings, I’ll summarize for the purposes of this piece by saying that the machine functions by recognizing key words and concepts, much like a human being, when faced with the need to process information at top speed.

While there are myriad issues of interest here, I’d like to propose that we think about the presentation of machines as something with human qualities – specifically, the use of human names to talk about machines – and what that does to the perception of machines. Consider the Mars rovers, Spirit and Opportunity, who were not named to seem particularly human. Nonetheless, the rovers were often described as adorable, or cute, and people truly feared for those little rovers, and mourned them when they ceased to respond to signals from earth, allowing their human friends back in the control room to assume they were longer functioning, or, had died. Naming these machines, making them look like human beings (with human-body-like features), makes it easier to think of them as people. For more information on sociological work or this nature, see Janet Vertesi’s work. Just as many people have, for decades, named their vehicles, people name their computers, cell phones, ipods, etc. But a computerized Jeopardy! contestant with the same name as the IBM founder, that (or who) buzzes in to answer questions, and uses word recognition to do so (however imperfectly) is a new step in blurring the line between human and machine.

Though Watson has a human name, it doesn’t have a face or a body or any “real” human characteristics. The Time Magazine article linked below suggests that computers are rapidly becoming more capable of human-like functioning. Millions of people tuned in to watch Watson live and online after the show, but what if this were a life-like “being,” something that, for all intents and purposes appeared human?What if Watson were a human-looking machine connected to a room full of technology rather than just an empty space behind a podium with a mechanical-sounding voice? Lev Grossman of Time Magazine explains:

“…if computers are getting so much faster, so incredibly fast, there might conceivably come a moment when they are capable of something comparable to human intelligence. Artificial intelligence. All that horsepower could be put in the service of emulating whatever it is our brains are doing when they create consciousness — not just doing arithmetic very quickly or composing piano music but also driving cars, writing books, making ethical decisions, appreciating fancy paintings, making witty observations at cocktail parties”

If there is a likelihood that the line between the human and the computer might become rapidly blurrier as we hit a new threshold with this kind of advancement – the ability to create machines that seem very human – might the feeling of threat increase? Watson was exciting and intriguing to most people, but not scary. What about if we were not able to tell the computer apart from the human quite as easily? What if, as Grossman suggests, computers could actually be smarter and just as (if not more) capable than humans? How might this change the nature of humanity? The nature of technology? The nature of social interaction? 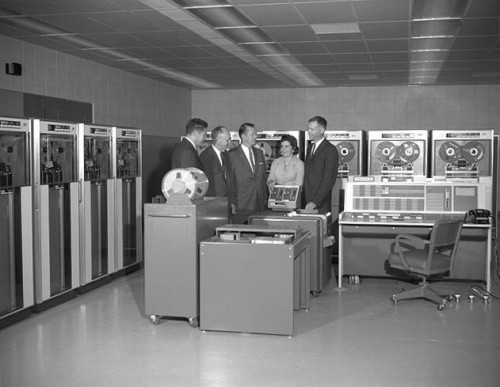 Watson’s Jeopardy Win…What Did we Discover?

Technology, Philosophy of – in The Blackwell Encyclopedia