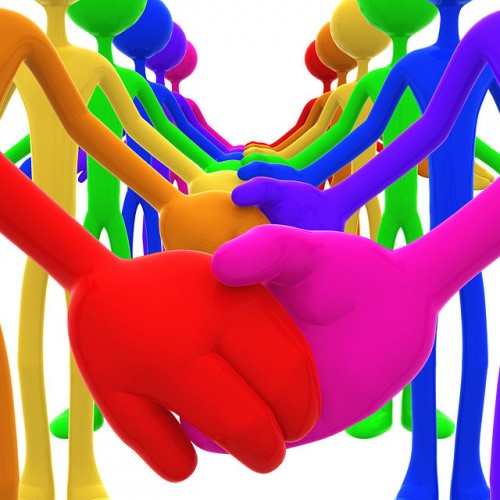 In my last post I discussed the problems with juridical changes and practice in real life, problematized ubiquity amongst communities that are at odds with solidarity and posed questions about challenging privilege. Today’s post continues that conversation by asking how does one create change around ideologies? Those who work in the health and human services, who are educators and the like, know that change does not come just from juridical amendments. Change is only created through education and practice: not when certain laws are, finally, deemed as “unconstitutional.”

In an age where American politics and politicians appear to be “progressive” and “liberal,” especially towards policies that target those from marginalized communities, the changing landscape has been credited to the younger generation who fight for equality; known as the millennials. As the cliché goes, “the younger generation is the hope for the future.” The millennials are proving that this cliché is possible: raising awareness about the rampant homophobia, transphobia, racism and other ‘isms that divide people within the United States. Furthermore, the millennials were one of the first groups of people to take to the streets after the refusal to indict the officer in the Brown case and other subsequent cases. Yet, is the millennial generation as progressive as they claim? If one were to break down the millennial generation by race and ethnicity, there would be some shocking revelations about their so-called “progressive” ideologies.

In a recent article, published in the Atlanta Blackstar, author Taylor Gordon provides information about the different ideologies and practices amongst millennials. Gordon discusses a body of literature that indicates white millennials are not as racially progressive as they claim. During the protests of #BlackLivesMatter, the millennial generation, both whites and people of color, took to the streets to show their solidarity with the families who were victims to the racial inequalities of the legal system. This, also, happened within the academic community on campus at New York University. In many of my graduate courses, there were white millennials who were willing to take up arms with people of color who were outraged at the injustices that were happening. Yet why was it the case whenever white “progressive” millennials spoke about any racial politics in my Sociology of Culture course, they always looked at the people of color in the classroom (including myself and three other classmates, all of us who happened to sit together)? Is this similar to the concept of abstract liberalism, which Eduardo Bonilla-Silva posits in his text? Although this may provide proof that White millennials are trying to address racial inequality and the systems that enforce/reinforce/replicate it, their ideology has not changed much.

According to Gordon’s article, a study conducted by professor Spencer Piston at Syracuse University alludes to this fact. Professor Piston compiled data from the 2012 American National Election Studies, which highlighted the underlying racist ideologies these “progressive” millennials maintained over the years; upholding beliefs that whites are more intelligent and harder workers than their people of color counterparts. Yet, Pew studies demonstrate that white millennials did not believe racism to be a schism within American culture. Is this their belief due to the fact of President Obama’s inauguration into the office? Or does their disbelief in racism only reinforce the power of it and their privilege?

A common theme throughout Gordon’s article is the fact that the majority of white millennials cannot check their privilege, which only bolsters racist ideologies. In American society, everyone has a plethora of identities affecting them, or other’s perception of them, at any given time. One can only transcend inequalities and ‘isms when one decides to check one’s privilege and challenge the status quo. Devon W. Carbado, author of the article Privilege, demonstrates how those who occupy marginalized positions, during certain circumstances, can have privilege; i.e. being an African American man in a predominately African American woman setting. At some point, everyone has privilege. However Carbado believes that if a person can recognize and acknowledge their privilege, that is the point when they can challenge the status quo and elucidate the problems with society. Is this something white millennials can do? Even if they acknowledge their privileges and challenge society, will that change the perpetuation of racist ideologies? One can only urge others to challenge their preconceived notions, their ideologies and the structures that enforce racism/homophobia/transphobia. Until communities can become ubiquitous, challenge socio-juridical ideologies and foster change, the fight for civil rights will be perpetual.