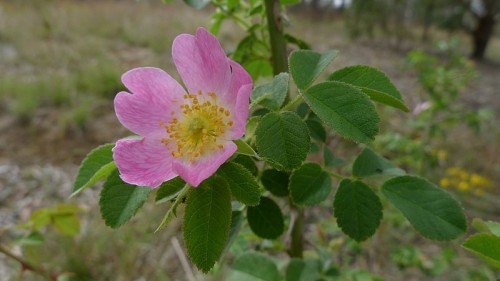 Sweet Briar College’s Board of directors announced last week that the college will close its doors at the end of the 2014-2015 academic year.  Sweet Briar is a liberal art’s women’s college located outside of Lynchburg, Virginia.  Current enrollment is estimated at around 700 students.  300 faculty serve those students and the faculty to student ratio is listed as 8:1.  Rising tuition rates and declining enrollments were the reasons cited for the demise of the prominent women’s college.  As alumni, students, and faculty rally to rescue the struggling college with fund raising campaigns pundits race to comment on turnaround plans.

Other single-sex colleges have also faced declining enrollments and financial challenges.  They made difficult adjustments like cutting costs, adopting graduate education programs, and enrolling men.  In a video posted on YouTube, the Board Chair Paul Rice clearly states that the college faces two intractable issues, the first is that “fewer students are choosing to attend small, rural private liberal-arts colleges and that fewer women today are choosing single-sex education”.  Many single-sex colleges traditionally marketed themselves as places where women could thrive without having to compete with men.  They were places where most major leadership roles were held by women and where women were free to engage academics and athletics successfully.

The first problem with this logic is that more women than ever are enrolled in college and are doing exceptionally well – better many times than their male counterparts.  According to a news release by the Bureau of Labor Statistics, “By 27 years of age, 32 percent of women had received a bachelor’s degree, compared with 24 percent of men.”  In addition, evidence of women’s value on teams and in board rooms is becoming clearer and more widely circulated.  A recent New York Times Op Ed. By Sheryl Sandberg (Lean In) and Adam Grant says that “If men want to make their work teams successful, one of the best steps they can take is to bring on more women”.  This leads to the second problem with dropping enrollments in single-sex colleges, which is that co-educational institutions are also hip to the value of women in both leadership roles and in their classrooms and labs.

None of the above points means that women are equal to men in all areas.  That is certainly not where I am going.  Of course, men and women need feminism in all its current forms.  The change that I want to point to is not a reduced need for single-sex education but rather a reduced need for gender specific curriculum over all.  This video was on the front page of the Economist web site this week:

The first two thirds of the video are nothing new.  We are all pretty aware of the benefits of doing more reading, spending more time on homework, and less time alone on the computer.  However, the final point made about gender stereotypes is less apparent.  The video references anonymous testing and when the teachers don’t know the gender of the test taker boys do better.  How fascinating.  Gender stereotypes are hurting boys – wait! Don’t gender stereotypes hurt girls?  Yes.  Gender stereotyping hurts.  Period.

Single-sex schooling, specifically the rhetoric of the benefits of single-sex education, is a huge purveyor of gender specific educational discourse.  Websites designed to sell parents on choosing single-sex education promote a natural learning ability that is different for boys and girls.  Learning ability discourse forms its foundation on gendered categories with which most adults are already familiar.  This discourse gives parents a vocabulary with which to understand why a single-sex school is best for their child.  Educational research in this area finds that students will reproduce possible options provided to them by the dominant discourse.  Parents use the discourse to provide their child with a positive possible opportunity based on their sex.

In addition to foundational understandings of proper, and therefore beneficial, gendered behaviors and abilities parents then use their roles as guardians to justify their decision.  This entails setting the two sexes in opposition to one another both in the classroom and as part of sexual development.  Students are protected from the opposite sex educationally and sexually during the formative sexual years.  Parents assume that if their child is not worried about what the other sex is doing or thinking the child will spend those wasted efforts on more worthwhile academic pursuits.  Parents also assume that a child will not be confronted with his/her sexuality in a single-sex environment.  Both assumptions require gender stereotypes.

Single-sex education is based on a world where discrimination is one sided.  Boys out performing girls as the norm isn’t the case anymore.  Many men and women of course benefit from learning in an environment without distractions from the opposite sex and single-sex schooling should be available to those who want it.  However, the need is declining and schools like Sweet Briar and Randolph-Macon are being forced to make tough choices in response.   If we truly are embarking on a society without gender stereotypes, which it seems is the desired outcome, then it makes sense that fewer men and women are choosing a type of education that reproduces antiquated ideas of masculinity and femininity.